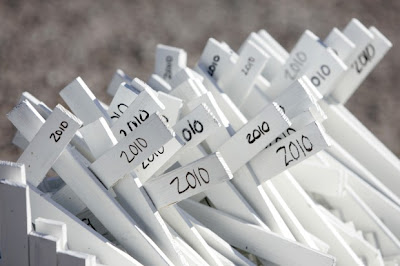 Now that the elections are over, there's not much attention paid by the national media to the ongoing border invasion in our Southwest, unless stories leak out from U.S. local presses about the ongoing horrors or from our federal government about the Mexican government deserving some credit. And the Federales deserve some applause. They've made some successful raids on cartel leaders, and one cartel reportedly asked for a deal -- seeking protection from other cartels.

But more stories aren't told. Reporters in Mexico fear the cartels. And rightfully so. The cartels are targeting those who report their atrocities, their corruption of Mexican police and city governments. Mexico City's largest newspaper promised a few weeks ago not to cover these activities further after several of its reporters covering a massacre of seventy-some human captives were themselves kidnapped and murdered. Likewise, the largest newspaper in Ciudad Jurarez, Mexico's most violent city. That newspaper publicly asked the cartels what they want it to print.

And in the U.S., for the most part, the national media has moved on; drug and human trafficking no longer hot topics. They'd rather focus on Brett Favre's weiner, Lindsay Lohan's horrific parents, the Fed bloating our currency, Beck's crusade against Soros, Bush vs. Obama in book sales, Mel Gibson's rants or what Michelle Obama or the cast of Glee might be wearing tonight.

Such is the talking-head, Internet-fed 24/7 news cycle, and the clarion call for entertainment news.

But the flow of death and drug and human smuggling through our Southwest borders hasn't stopped; it's not even slowed.

In the last two weeks, we who live in the Southwest have seen the following: 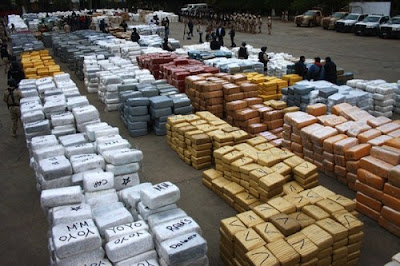 Yes, border agents are making progress, and yes, Mexico too has scored against the cartels. But much more drug and human cargo passes through our border defenses than is blocked.
Ask yourself this question: How hard is it to get reefer today?
Better yet: Ask your kids.
And the National Guard's presence? An election ploy, a photo-op. Guardsmen instructions: Do nothing but report violations; defend yourself only if attacked.
Don't get me started on cargo ships, on the millions of containers flowing through our ports each and every day. Even our federal government admits it inspects only about ten percent of these containers.
Feel safe? Ask yourself this question: If our borders are so insecure we cannot stop human or drug smuggling, how hard would it be to smuggle in a suitcase bomb?
Goodbye Chicago. Or San Diego. Or Phoenix. Take your pick.
Maybe our president should actually come down and see our southern border with Mexico...once. Michelle can find ice cream there, and Arizona has golf courses. Maybe our president should leaf through some of the Qurans left on Southern Arizona smuggling trails. Or if he's short on time, how about a fly-over? Even Bush buzzed New Orleans after Katrina.
Yes, the election drums bang no more. But along the Mexico-U.S. border, unheard by Washington, the Border Boogie beats on.
Posted by Unknown at 1:56 AM

I hear you, Ben. It's mindblowing how large the problem is and how little is done about it.

This issue is no different than our ongoing war in the Middle East -- conveniently forgotten. Our of sight, out of mind, right?

Barrack Obama remarked during his presidential campaign that parents should teach their children Spanish, which reinforces my belief that the North American Union (Canada, the U.S. and Mexico) is actually going to become a reality. As a border patrol reporter in San Deigo during the mid-1970s, I reported on the largest drug bust in the nation's history and it didn't even make the newspaper back then.

But for Border Wars on Nat Geo (I think) it would be all but forgotten. Maybe Lindsay Lohan will get busted buying pot on the border and bring our collective attention back to the issue.

I have a particular interest in the Arizona/Mexico border. My sister lives in Tucson, and my husband and I have considered moving there.

At the Writer's Police Academy held in September, I saw a film showing in explicit detail what cartel members did to someone who needed to disappear and I will never forget it. They made sure he literally disappeared. They also made sure their video got 'out'.

It will take a group of people with more background and brains than I have to figure out ways to stop this madness. In the meantime, LoML had an interesting suggestion . . . hire some border guards from Israel.

LOL, Peg. Good idea. The messages from the current administration seems to be, "We want the migration of illegals to continue because we think we know how they'll vote, and we're willing to put up with some smuggling activities to obtain our goals." Janet Napolitano was a border hawk when she was governor of Arizona. As soon as she got promoted, her viewpoint changed dramatically. She demanded an active National Guard presence when she was governor, but as soon as she moved into the Obama Administration, she resisted any National Guard presence, and then during the election cycle, ordered what I call the photo op presence only, and small at that. It's no wonder that a couple months ago ICE gave her a No Confidence vote. Meanwhile, Eric Holder is harassing Sheriff Joe as much as he can, when he's not pondering what to do with Kahlid Sheik Muhammad and Gitmo. :)

Ben, thanks for continuing to expose the magnitude of the problem. There was a TV series on a few years ago with the premise that major US cities had been destroyed by suitcase bombs smuggled across the border. It was a good show, but I suspect one reason it was canceled so early was that viewers realized how plausible the premise was and were too uncomfortable to watch it.

all the leaders have ignored the problem of smuggling weed across the border for too long and prefered to extra tax the people so they can fight the phenomenon, when they should have tax the phenomenon and leave the people do what they want with their physical and mental health