Earl Staggs and June Shaw Have Joined Our Blog Team 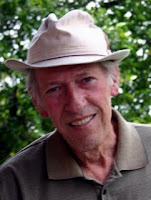 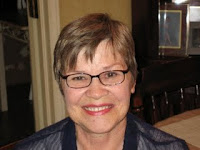 by Jean Henry Mead
Earl Staggs and June Shaw are among our latest blog team members. Earl's a Kentucky native who's semi-retired in Fort Worth and June is a Louisiana grandmother who lives in Cajun country. So we have a diverse group of bloggers who will be appearing here twice a month.
In addition to Earl's mystery novel, Memory of a Murder, his short stories have been published in a variety of mystery magazines, one of which earned him a coveted "Derringer Award." His novel grew out of a short story he'd written featuring the same protagonist and required more than two years of writing and revising. It was published in 2005, but "after a promising start, the small press which published it went under, leaving me stranded." he said. "I then happened upon my second publisher, who has been in business for more than seventy years and who was looking for mystery novels set in the Chesapeake Bay area. Mine fit perfectly, and I’m extremely happy with Tidewater Publishing, who brought out the second edition of Memory of a Murder in 2008. I’m also happy that my book has earned nine reviews on Amazon and three on B&N, all of which are Five Star, their top rating."
Earl has always liked mysteries. "I suppose it’s because I enjoy the challenge of a puzzle so I love a good solid whodunit that keeps me guessing all the way to the end. I also love seeing the bad guys get what’s coming to them, something we don’t always see in real life. I think most people are the same, which explains the popularity of mystery and crime books, movies and TV shows. I’ve also written a few short stories I consider humorous or just for fun without a mystery or crime involved. I’ve not yet tried other genres such as fantasy, science fiction and such, but I have a few good years left, so who knows?"

The worst part of writing for Earl is "when I know where the story needs to go, but I can’t figure out how to get there. It’s that tear-your-hair-out, why-did-I-become-a-writer-anyway, this-story-sucks phase that can come anywhere between the first chapter and the last. Call it sagging middle syndrome, writer’s block, or some of the phrases I’ve used to describe it which cannot be printed in a public forum, but for me, it’s the worst part of writing. Even worse than a rejection or a bad review.

"The best part of writing for me is when I don’t have to worry about the worst part. The story takes off on its own and all I have to do is type it as it happens in my head. The characters know where they’re going and what they’re going to do and I happily go along for the ride, barely able to type fast enough to keep up. I love the best part of writing. I only wish it happened more often."

When asked which writers most influenced his own writing, he said, "That goes back to my earliest reading days when I was impressed by Hemingway and O’Henry. Hemingway for his strong, sparse writing style and O’Henry for his magical ability to weave a completely rounded story into the format of a short story. I’m not at all surprised when I see elements I learned from those two gentlemen in my own writing."

Writing is one thing. Promoting books is another. Earl does a great deal of networking online in various writing groups and does as many speaking and signing events as he can. "I love talking about writing with other writers, so my favorite event is speaking before a writers group. Recently, I’ve given talks on the difference between writing novels and short stories and how to incorporate backstory without boring the reader. I also enjoy very much meeting with readers groups since, after all, that’s who we’re writing for."

His advice to fledgling mystery/suspense writers is "to never stop striving to be a better writer. There are a lot of good writers out there and competition is tough. Being good is not good enough. You have to be better than good, and that requires constant work. To sum it up, I like to say, “Always make sure the next thing you write is better than the last thing you wrote.”

Earl will be blogging here on the 2nd and 4th Fridays of the month.

June Shaw's debut novel, Relative Danger, received her publisher's "David Award" for Best Mystery of the Year. The novel also received glowing reviews from Publishers Weekly and Romantic Times, which described her protagonist as "a granny with attitude." Her third novel, Killer Cousins, has been reviewed as "a bowl of spicy gumbo."

June has always lived in Cajun country. Her mother's family spoke French, and she incorporates elements of her background in her novels. Her main character, owner of a successful copy editing agency, travels a lot. June says "The widow thinks she wants to avoid her hunky ex-lover so she can rediscover herself, but he opens Cajun restaurants in all the places she travels, and she is so bad at avoiding tempting dishes and men. So many scenes take place in his restaurant with terrific food and Cajun recipes and even really popular Cajun jokes."

Her protagonist, Cealie Gunther, a feisty grandmother, is a very independent gal. "Cealie is who I want to be. She will do and say anything without considering the consequences or worrying about what anyone thinks. Lots of readers tell me they want to be Cealie."

Killer Cousin has been described by a bestselling author as “The ‘a la mode of Agatha Christie, Miss Marple and onward" . . . "One of today’s major authors that I love is Janet Evanovich. I’ve been thrilled to have some compare my books to hers."

June has also written plays that were produced “off-off Broadway” as well as a script that aired on a local station. She describes them as "dramas, major tools along the way in my learning to write novels. I was pleased to have my scripts acknowledged so well and produced, but a producer for major plays told me I should get involved in theatre if I want to keep writing stage plays. Some producers in L.A. loved my screenplays and told me to look them up once I moved there. I only wanted to write. I have five children and wasn’t about to move away. A female screenwriter suggested I try novels. She said they weren’t easy to sell but could be written and sold from anywhere. I stayed here in south Louisiana and went after learning to write novels."

June's family has always been most important to her,including her 102-year-old mother who lived with her. "Two of my little granddaughters (I have 8) love to make up stories, so many they’ll become the next writers in the family. None of my family members are sounding boards. I just ask them for information I need for research. My mom moved in with me five years ago because macular degeneration made her almost blind. But she was still coming to line-dance classes with me in December and was a major inspiration for my main character. Even though Cealie is nowhere near Mom’s age, she has her spunk.

"Mom lived and danced until the end. She died January 31 [2009] at age 102 1/2. We had such lively music and humorous eulogy that our mayor, who spoke on a radio station the next day, told everyone he’d been to the most fun funeral he’d ever attended and then talked a lot about Mom. I have great memories. A picture of her dancing the Macarena for her 100th birthday is on my website, www.juneshaw.com."

June loves creativity and "I especially love my characters. Quirky and unique, they are people I want to spend much time with and want readers to do the same. What annoys me about writing is not having enough time to write as much as I’d like to. Actually, I’m retired from teaching and have all of the free time I want, but I do have a large family. Spending quality time with them is most important, as is time with my squeeze Bob and my friends. I also love to dance. So I’m really not often annoyed with writing or not finding time. I normally do whatever I want with my time and love it!"

Her advice for novice writers is "read read read, and write write write. If you want to be a writer, then write. Read often. That’s work, too, helping you see what you like or dislike. Study books on writing. Join groups, attend conferences.

"When I was in ninth grade, I decided that one day I would be a writer. My life was always full, and I had no writing classes. I married young, had five children in six years and then my husband died. I taught school for twenty years, played with my eight grandchildren—and then sold a novel! Earlier, I didn’t have time to read novels, much less try to write them. But that desire stayed. I sold the second novel in the series and began the third. It’s a whole new life and terrific fun! If you want to be a writer, then be one."

June will be blogging every 2nd and 4th Saturday.
Posted by Jean Henry Mead at 12:01 AM

Let me be the first commenter to welcome you. I think you'll find this is a good place, and I know you'll attract more readers. We're a fun group, and I look forward to your contributions.

Oh, forgot to add: Please put "by YOUR NAME" on your posts, as I somehow linked the blog to my FB Wall. I'd hate to take credit for someone else's work.

Yes, welcome, Earl and June. Here's to a beautiful partnership on Murderous Musings.

I shall look forward to trying to catch these posts.

A hearty welcome aboard Early and June. There's always something worth saying, and Musings is a great venue for saying it.

Sorry, Earl. My dog is helping me type. I wasn't trying to give you a new nickname:)

Thanks for the welcomes, everyone. I love to talk about writing with readers and other writers. There's a lot I don't know about it, but I'm sure I'll learn a lot here.

I posted my first entry today, and I'd love to know what you think.

As one of the writers in the same writing group with Earl, I have to say y'all made a mighty fine choice.