I love to sell material I write. I really do. Getting to write and have something published was tremendously gratifying. It was when I first began.

Yes, I'm still thrilled to learn that anyone would want to read something I create. It's especially pleasing when readers tell me or write that they enjoy my work and even ask for more. That is so exciting!

Exciting, too, is getting paid for words I write. The first essay I sold to a magazine many years ago brought me forty dollars. I was a widow with five young children, and receiving extra money, especially for words that I wrote, was unbelievable.

Over the years now I have written a number of books, had a great time doing it, and earned much more than in earlier times.

I've also enjoyed nonprofit writing. A number of years ago the president of our Chamber of Commerce asked if I would write a column on retiring in our area. There would be no pay, but I could advertise my books in my byline. It would not need to be any longer than five hundred words. "And you can write that in your sleep," she added.

She was right. I've penned "Retiring on the Bayou" for quite awhile now. I've interviewed people and told of their exciting pursuits since they left their nine-to-five jobs.

But now it's time for mine. I just finished a column for the paper and started it by saying it would be my last. They should easily find someone else to create a different column. I will have more time to write my novels--but I'll miss having so many people in town tell me how much they enjoy my columns.

Characters That Form Our Lives

and Later Come Alive in Our Stories


by Jackie King
One of my earliest memories is sitting in a circle with my brother, sister and various neighbor kids as my mother told us stories. Delia Hodges Sprague could spin a yarn about any character or characters we might name. Let’s say that I wanted a story about Cinderella, my sister Joan wanted the heroine to be Wonder Woman and my brother J.D., chose Tarzan of the Apes.
No problem to Mother. She’d create one tale using each of these characters. The story would be exciting and it would make sense. At least to kids.


Delia Hodges Sprague was a storyteller, an actress, a teacher and a sometimes writer. This redheaded dynamo was smart, fun and very temperamental. My childhood was sometimes difficult, sometimes frightening and always challenging. But life was never boring.


Mother taught me to read, and when there was nothing to read, to make up stories inside my head and entertain myself with imaginary friends and foes.


Delia Hodges Sprague is often found in my books. Sometimes she’s in the guise of a father, a mother or a best friend. In my latest mystery, MURDER AT THE EDGE OF NOWHERE set in the land of her childhood, the Oklahoma Panhandle, she’s walks and breathes in the character of Winnie Doolittle.
Delia faced real danger with lionhearted courage: she rode boxcars from Oklahoma to New York state at the age of 20, challenged rattlesnakes in my grandparents pasture and tarantulas in the outhouse of a country school. But small things shattered her: imagined slights, walking into her bank to ask for a loan or having a conversation with her own father.


When I was a child she often awoke screaming bloody murder from recurrent nightmares; battled depression her entire life and fought breast cancer until her death. She was an extraordinary woman of courage. I loved her with all my heart. But she wasn’t an easy mother to have.


To see the best side of Delia Hodges Sprague, read MURDER AT THE EDGE OF NOWHERE, and observe Winnie Doolittle. To see the more complicated side of my mother, notice Emily Ashcroft.


Most everyone loved my mother—especially me. I hope you’ll enjoy her as Winnie Doolittle in MURDER ON THE EDGE OF NOWHERE


Below is a clipping from the end of chapter two after Liz O’Brien and Winnie Doolittle find cousin Christabel in Liz’s garage:


“Help!” Liz screamed. “Oh, my God. Someone. Anyone. Please help.” They stretched Christabel on the grass.


“Won’t do no good to yell.” Winnie’s voice was cold, toneless. “You know how to do that resuscitation thing?”


Liz forced herself to press her mouth against Christabel’s cold lips. Her gut twisted. Why didn’t someone drive by? She alternated the breathing routine with chest compression for what seemed forever, but she knew it was useless. Christabel was unresponsive. Liz felt for a pulse. Nothing.


“You might as well quit.” Winnie pulled at Liz’s shoulder. “She’s dead. We’ll have to call the police and tell them she killed herself.”


“But that’s crazy. Christabel would never commit suicide. Nothing could make me think that.”

Galley Proofs for MURDER AT THE EDGE OF NOWHERE


Yesterday I received galley proofs of my latest mystery, MURDER AT THE EDGE OF NOWHERE. The odd thing in up-to-date publishing trends, at least with my small regional publisher, is that the ebook came out a few weeks ago. I’ve been reading this version and have been appalled at some of the errors. Did I do that? I ask myself, or was it the publisher’s editor, the publisher himself? 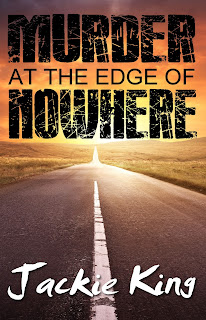 It doesn’t really matter. It’s my book, and I accept all responsibility for any mistakes. Which is what Galley Proofs are all about. The last ditch chance to catch and correct mistakes.
For those who don’t know, Galley Proofs are pages of the novel sent to me online. I print them out on paper, or do a final $3.99 at Amazonedit on a copy online. My choice.


The good news is that this means the paper version will soon be available.

And that’s what I’m doing just now—or it will be as soon as I finish this post. And according to both my calendar and my watch, I’d better get at it. Now!