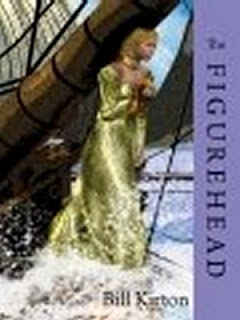 I wonder whether I’m here under false pretences. Yes, I’ve had one historical and three modern crime/mystery novels published, my crime stories have appeared in the UK Crime Writers Association’s annual anthologies, and one has been chosen for the volume of Best British Crime Stories 2010 by Maxim Jakubowski. So I am a crime writer. 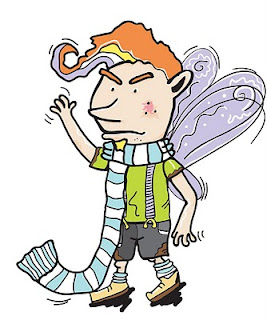 But, recently, my efforts have been going into promoting the first of a series of stories for kids. They’re about a grumpy fairy called Stanley who lives in the wash basin in my bedroom here in Aberdeen. But he’s not homicidal.


Also the next two books of mine to appear will be in the “Brilliant” series by Pearson, Brilliant Essay and Brilliant Dissertation. I’ve already written Brilliant Study Skills for them and, as the titles suggest, they’re all books intended to help students get the most out of university and their academic writing. On top of that, another publisher is interested in a sci-fi/fantasy novel and a satirical black comedy which is a spoof crime/spy novel. But I think my crime-writing credentials are still legitimate because the fourth modern mystery will appear next year, the fifth has been written and I’m ready to start work on the sequel to my historical crime novel, The Figurehead.

I certainly don’t mind being labelled a crime writer but I’m always eager to try new things. Writing is a pleasure, even when it’s challenging, and spending time with such different audiences is very refreshing. Having said that, I think whatever I’m writing needs distinct characters for me to find it interesting. So, while not suggesting that there’s any relationship between a misanthropic, miserable male fairy who lives under a dripping tap and a figurehead carver in 1840 who’s investigating a murder and falling in love at the same time, they’re both equally real for me when I’m writing about them.

For me, characters are everything. They decide who they want to be, dictate the plot (or at least change it), and they keep on surprising me. In fact, if they stop surprising me, I begin to wonder how realistic they are. Isla Dewar, a terrific Scottish writer who was on a panel I chaired a while back, put it far more poetically. Answering a question from the audience about characterisation, she said, “you’ve got to give your characters room to dance”.

Not long ago, I read an article about how, according to some research, we base our decisions about individuals on split second observations of tiny bits of their behaviour. Apparently, we form an impression of people we meet within the first few seconds and then only notice the things which confirm that impression. And they do the same with us. The first handshake, eye contact, hairstyle choice, colour of jacket or God knows what else has already made up the mind of the person we’re meeting, so whatever lengths we go to to project a specific image may be wasted.

Is that what happens with our characters, too? Is the initial impression so crucial? Or does the leisurely process of unfolding them slowly through the narrative change how we see them? Does it mean that writers should make sure that the way they choose to introduce a character puts his/her essence right up front and leaves little room for misinterpretation? Should we introduce them at all, or let them introduce themselves? After all, the narrator’s only an observer, an intruder. The moment we start describing hair, eyes, clothes, bulk, etc. we’re offering stereotypes. If we give a woman thick auburn hair falling over one eye, she becomes “the sort of woman who has thick auburn hair falling over one eye”. Does that just give the reader licence to decide that she’s a sultry siren, an untidy slob who can't be bothered to brush her hair, a person who maybe has a scar or birthmark on her brow, or any other number of interpretations of her? And if it does, how can she develop in the way we’d planned for her?

And how useful is a blog which is all questions and no answers?

I forgot to say that the Stanley graphic is the copyright of Melanie Chadwick, the highly talented illustrator of the stories, and can only be reproduced with her permission.

I'm glad that you decided to join us here. :)

Interesting discussion, Bill. The editor on one of my books got on me for not telling about a character's eyes, color, how they were used, etc. I suppose the problem is I don't pay all that much attention to people's eyes. What I notice more is whether they smile or frown or seem indifferent. I don't think we can expect all readers to view our characters in the same way.

Jean, after the introduction you wrote for me in the previous posting, how could I possibly refuse. And yes, I agree totally about leaving the reader space to form their own pictures.

Chester, I'm always quoting Stendhal on this business of eye colour. He said something like 'If I can see the colour of a character's eyes, it means I'm looking at them, not through them'.
And Flaubert didn't care either. I think he gives Mme Bovary's eyes three different colours in the course of the book. So you're in good company.

I also agree re the descriptions. They permit one to see deeper into the characters.

Would you mind adding "by Bill Kirton" to your posts, perhaps in the body. The reason? Somehow, I linked the blog to my FB page, so every post shows up there in addition to on the Murderous Musings page, the purpose to give us a wider following. I'd hate to be perceived as claiming credit for someone else's work. Thanks.

Apologies, Ben. I wouldn't want anyone else to be accused of my ramblings. I'll label them properly in future.