Another Birthday--More Time to Write!

Happy Birthday to ME!!!

I turned 79 on February 23, and am grateful for the chance to write for another day; or maybe even for another year! 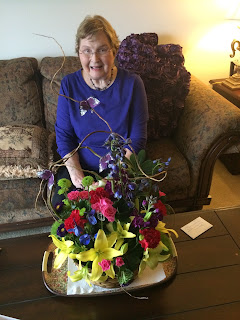 I've heard so many people go bonkers over their birthdays. One friend cried when she turned twenty because she'd no longer be a teenager. (You'd think she would have said, "Thank God!)  Another friend suffered angst when she turned 30, which is the perfect age, if you ask me. You're old enough to know something, but you're still young enough to accomplish anything you want. Or at least try.

A coworker became furious with me because I brought her a cake and flowers on her 40th birthday. She never got over her anger. Silly me. I thought I was being nice. I had no idea she had a phobia about aging.

When I was about 30, a friend of mine contracted bone cancer. She was a brave woman and suffered greatly; refusing to take any more pain medicine than absolutely necessary so she could spend alert time with her children and husband as long as possible. On the day she died, I promised God that if I could live to raise my three children, I'd never complain about growing another year older. And I haven't. I celebrate!

Usually I celebrate all month. This year I got started a little late because income tax preparation slowed me down. Now that is finished and in the hands of my accountant, so it's party time for me.

But along with the dinners out, ice cream and cake, and dancing on the tabletop, I intend to make sure I get in some writing time. As I sometimes remind younger writers: Writers Write! 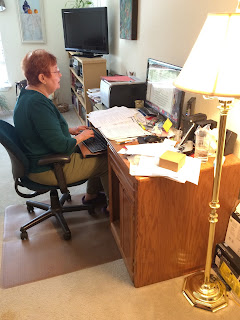 The official release date of the audio version of my 8th Daisy Dalrymple mystery was yesterday, though I heard at least a week ago from people who had already bought it!

Be that as it may, the Apatosaurus is back--scientists have even agreed to restore its old name, Brontosaurus, the name by which Daisy would have called it when she saw the vast skeleton at London's Natural History Museum. 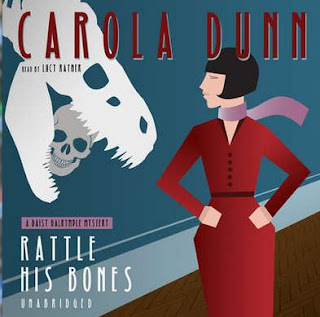 But it was amidst the smashed bones of a Pareiasaurus skeleton that Daisy found the body of the most-disliked curator in the museum...

I had a lot of help with research from the Archivist at the museum. He answered all my questions, supplied a plan of the building, and could have told me the names of the cleaners who went in at night to polish the glass cases in Daisy's time, had I wanted them. He even gave me a tour of the areas closed to the public, the research rooms, the backstairs, and the basement.

Quite apart from the displays, it's a fascinating building, well worth a visit just for the architecture. 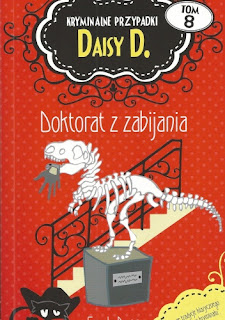 
Daisy books now available in Audio:
Death at Wentwater Court,
The Winter Garden Mystery,
Requiem for a Mezzo,
Murder on the Flying Scotsman,
Damsel in Distress,
Dead in the Water,
Styx and Stones,
Rattle His Bones,
Mistletoe and Murder,
and Fall of a Philanderer.
Posted by Carola Dunn at 12:00 AM No comments:

What is it like to start writing a new series of books?

How sweet was that!

I've sold and independently published other books that were not in a series, and only one was a mystery (suspense), but now I've been offered a contract by an e-book first division of a major publisher. I sent them the first book and they wanted a synopsis of the next two.

Hmmm, I hadn't actually written them yet, although I had come up with ideas.

The editor I contacted told me not to worry; things could be changed later.

That's good since I'm not really certain about where those next two will take me and my story.

I would like any advice or suggestions from people who have gone through this, especially since I'm revising a previously published work, too.

Help! Send me suggestions. Thank you: )

Why Add Romance to Mystery?

Romance in mysteries seems to be anathema to some readers and writers, and I have no problem with that. Everyone should read and/or write any type of book they like. I, myself, enjoy some of these mystery novels from time to time. However, for me, a touch of romantic love adds that special human touch. 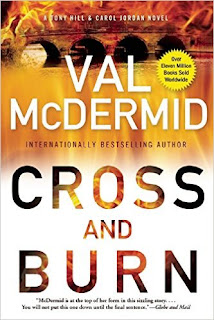 Even hard-edged thrillers such as the remarkable Val McDermid writes, usually have an affair of the heart touching the story. I just finished Cross and Burn, and the angst Tony Hill endured while thinking of Carol Jordan, added much tension to this mystery.
Including a touch of romance is something I do in my own B&B cozy mystery series featuring Grace Cassidy. After publishing the second in the series I got remarks from readers who were annoyed that I left the relationship between Grace and Sam Harper, hanging in the wind. They were right. If I had it to do over, I’d add one last chapter that would give readers a bit of satisfaction. 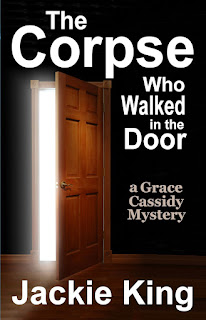 In the third novel of the series, The Corpse and the Geezer Brigade, their romance picks up again, and I got better reviews. (I’m a late bloomer and probably a slow learner—but I do try to improve my writing skills in each book.) 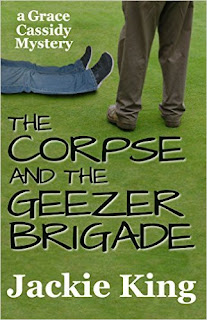 ~~~~~~~~~~~~~~~~~~~
In her autobiography, Agatha Christie mentioned that if she added a bit of romance to her novels, the books to sold more copies. Now I think that most mystery fans will agree that writing romance wasn’t the great Dame Agatha’s strong suit. Her surprising plot twists were what caused her books to fly off the shelves. But the famous lady of mystery was an astute business woman; therefore most of her stories have some kind of love interest. 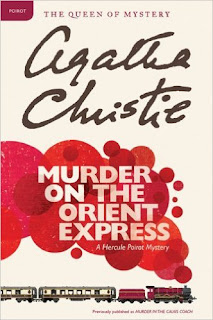 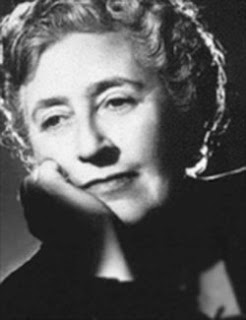 
Writers have now become adroit at blending a love story with pure mystery. In Sue Grafton’s Kinsey Millhone mysteries, our heroine always seems to have bad luck with men. But when Grafton penned G Is for Gumshoe and added an anti-hero type guy named Robert Deitz, the book sizzled for a few pages. 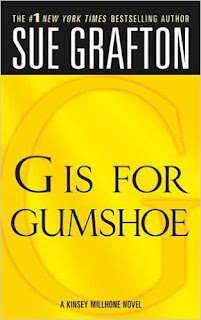 ~~~~~~~~~~~~~~~~~~~
Historical mysteries also feature love. One of my favorite authors, Anne Perry, uses two different hero types. William Monk, brilliant and ambitious, fancies helpless, very ladylike women. Our protagonist, Hester Latterly, who served with Florence Nightingale in the Crimean War, is a prototype of the early feminist. When these two characters are pierced by Cupid’s arrows, the excitement mounts. 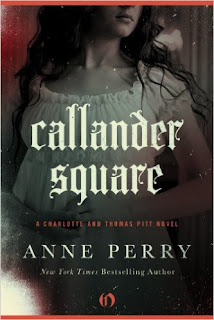 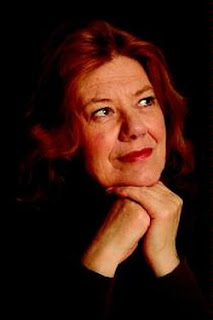 Another of Perry’s popular series features Thomas Pitt, a poorly paid policeman who weds Charlotte Ellison, the daughter of a well-to-do family. The union is definitely a no-no in the class-conscious Victorian setting. The marriage and the complications that arise from it, make Perry’s plots deep and believable. 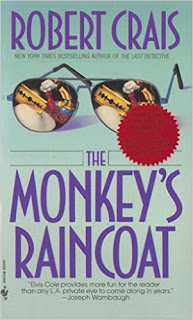 Even hardboiled mysteries feature strong love stories. The Elvis Cole series, written by the grand master Robert Crais, is a perfect example. Elvis’ love match with Lucy Chenier is enough to melt your teeth. And even though the two have parted for the safety of Lucy’s young son, her memory still lingers with Elvis and adds an extra dimension to Crais’ books. 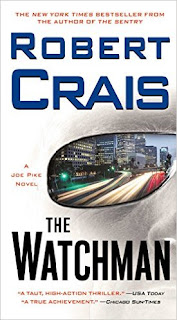 Joe Pike, that hour-and-a-half hardboiled egg, and my personal favorite hero (also created by Crais) is not immune to love. When he falls, he falls hard.

This list could go on and on, and I haven’t even mentioned the popular romantic suspense novels. So I’m going to go out on a limb and say that adding romance to mystery just makes the story that much richer and more fulfilling.

If you have a favorite mystery that also features romance, I’d like to know about it. I will also love any comment you care to make, favorable or not.
Posted by Jackie King at 12:00 AM 2 comments:


I first learned about word filtering when I sold one of my previously published books to a small press. My manuscript returned with the notation: "I found 27 'she knew', 14 'he realized,' and 12 'they noticed.' You need to rewrite."

I looked through several bestselling novels and found quite a few 'she knew,' 'realized' and 'noticed.' Maybe not as many as in my book, but what's the big deal? The deal, my editor explained, is that those words weaken a sentence. I wondered why the book was published in the first place and why I couldn't leave in just a few 'she knew' or "he realized'?

Gritting my teeth I went to work replacing all the words in question, grudgingly admitting that my prose had improved. Instead of writing: She knew that Billy was lying, I replaced the sentence with: Billy's downcast eyes told her he was lying. And, She noticed a large man entering her room was rewritten as: A wide shadow fell across her bed when someone entered the room. Not Pulitizer-winning phrasing, but better.

I then addressed passive versus active verbs. Muscular verbs are necessary to strengthen a sentence and weak verbs need to be replaced. A. B. Guthrie, Jr. once told me during an interview that: "The adjective is the enemy of the noun, and the adverb is the enemy of damn near everything else. The guts of the language are nouns and verbs, and writers use too many descriptive words."