Brainstorming for plot points is another of those writing conundrums: I love plotting—I hate plotting.

Friends sometimes help.  In an email to a colleague, I mentioned I was struggling over which type of book to write next, suspense or cozy. This writer/lawyer called me that afternoon and said, “An idea for your next book just came to me, and it's about Grace.” (The protagonist in my cozy series.) My heart sank a bit, because I'd almost decided on writing a suspense novel.
Then my writing-pal outlined his thoughts. I liked them, but still wasn't sure if that was the route I wanted to take. He added, “Don’t think I’ll feel bad if you don’t use this idea. It just came to me and I wanted to pass it on.”

I don't write religious/inspirational books, but I do believe in prayer and in listening to guidance from God. For this reason, I carefully considered my friend’s suggestion. As he and I talked on the phone, the story began to grow arms and legs, and when I mentioned these. He agreed they were good.

The next morning, when I was my busiest, plot points began coming in a way that doesn’t usually happen to me. Most often I have to struggle, and with much weeping and wailing and gnashing of teeth.

Great plot ideas, scenes, twists and turns, seem to come at the most inconvenient time for me. (I think this is because my body is busy, and my mind relaxed.) I had just showered and needed to dress, then tidy up my apartment for the cleaner who could come at any minute. If something is cluttered, i.e. the bathroom counter, the kitchen sink counter, areas that need dusting, etc., she won’t clean that spot. House rules.

I’d already spent more time writing than I had available, and the duties of daily living beckoned. So I had the following argument with myself:

“These ideas are so vivid, they’ll stay right here in my head until I tidy up. This apartment must be cleaned if I'm to stay on schedule!” Thus I lectured myself as I finished drying my feet.

Then a still voice from somewhere deep inside said, "That won't happen. It never does for you." Whether this was my better self, or a higher power, I don't know. But I did know that it would be wise to follow the advice.

So, wearing only my towel, I went to the computer and began to type. (Luckily that was only six steps. I live in one of those apartment complexes for Independent Seniors, and have learned to love simplicity.) I keyed in all of the essentials necessary to capture on paper the ideas that flowed inside my head.

I'm so glad that I listened! I have enough plot points for at least three chapters, and a good start on the new novel.

The law of creativity demands immediate obedience. When ideas come, write them down immediately, or you'll lose them.

A blank page can only be fixed with words.
·  When there’s no inspiration, sit down at your computer, put your fingers on the keys, and write anyway. No matter how bad your work seems to you at the time, any prose can be edited and improved.

GUEST AUTHOR DEBORAH CAMP ON WHY WE READ

WHY DO WE READ? 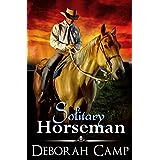 INFECTIOUS READING
by Deborah Camp
I recently read an interesting article by the ever-interesting novelist Neil Gaiman about the importance of reading. Often, I see posts on Facebook and other places wherein people fret about the younger generations not appreciating reading and preferring to play video games. This fretting flies in the face of huge sales of Harry Potter books and many other adventure novels aimed at children and teens.
I'm of a mind that there will always be avid readers, just as surely as there will always be those who can't bring themselves to read more than a caption under a photograph or instructions on how to play a new game.
Gaiman quotes Rebecca Solnit, who asserted that "a book is a heart that beats in the chest of another." That's so very true, and it's why many people not only enjoy books, but also films, TV, and video games. A book, however, gives you a wholly different journey because, when done well, it allows you to know someone else's mind, feelings, and experiences. You don't just "watch." You live and breathe with a character or characters.
As Gaiman puts it, "books are the way we communicate with the dead. The way that we learn lessons from those who are no longer with us, that humanity has built on itself, progressed, made knowledge incremental rather than something that has to be relearned, over and over. Fiction is the lie that tells the truth..."
He cautioned against preaching and writing what you wouldn't be that interested in reading. Difficult tasks. That might surprise some, but writers know it's true. The need to "preach" hinders us all. We have beliefs and truths we want to present in every novel, but if we hammer home these "lessons," we risk alienating our readers. Likewise, every writer has written "fluff" to fill out a book. Fluff is usually scenes that go on too long and serve no real purpose other than to add pages, relating information the writer has recently learned and feels compelled to share even it's boring to others, or fascinating facts that end up stopping the book's narrative. To take the editing pen and strike out paragraphs and whole pages takes courage, but is necessary. Like cutting out a cancerous growth.
Lessons or ideas should be sprinkled in, rather than poured into book pages. Otherwise, you will over-season and ruin your original, good recipe for a well-told tale.
In my new novel. SOLITARY HORSEMAN, I dealt with three "lessons." With so many, it was a delicate mission to keep them under rein so they didn't trample my story. Throughout, I had to remind myself why we read -- to immerse ourselves in another place, time, and body, so that we emerge different than when we entered that fictive world. Also, and this is no small thing, to entertain and delight. When I write, I craft scenes that I hope will compel readers to keep turning the pages, but also to elicit smiles, frowns, and maybe even a giggle or longing sigh. This happens when readers "become" the characters; when they forget where they are and what they're doing and take breath for breath with the character in the book.
I recall when I read THE STAND by Stephen King. In it, a deadly disease was killing off most of the population and symptoms started off with people coughing. I had been reading the book during my break at work. When I went back to work, a co-worker walked past me and coughed. My heart froze and my gaze snapped to the person as a sickly fear slithered through my mind with the thought, He's infected! Of course, in the next instant I was back in my own world and laughing at myself even as I marveled at Mr. King's ability to wrap me up so tightly in his fictive world.
That my friends, is talent. And that is also why we read.