Explaining is so hard to do by Bill Kirton 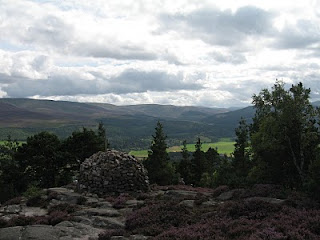 I gave a talk/reading recently and it turned out to be a familiar experience. Attendance was meagre as usual and confirmed the Catch-22 of ‘Only famous people get big audiences and you need a big audience to get famous’. It’s not that I particularly want to be famous – that would interfere too seriously with my lethargy – but I would like lots of people to read my books.

Why I’m telling you this, though, is because it struck me afterwards how difficult it is to talk about one’s own writing. I mean, you wrote the stuff – you’re not an objective critic or even a reader who’s unfamiliar with all its layers (if it has any). You see, if you start claiming things about your intentions, the ‘meanings’ of your symbols, images, etc., the significance of particular themes, or any of the normal things that crop up when people talk about books, you can’t help but sound pretentious. I take my writing seriously. I want it to entertain, to amuse if possible, but also to say something – usually something pretty trite about how human beings treat one another. Writing crime (mystery) fiction gives plenty of scope for that. It puts people in extreme situations, whether as victims or perpetrators, and I can marvel at the resilience of some, admire (with a lump in my throat) the astonishing cheerfulness of others in dire circumstances, and deplore the apparent determination of those insufferable egotists who patronise others from some baseless sense of their own superiority. And I do this not just by describing characters and their actions and contexts, but by using other subtextual tricks and juxtapositions to try a bit of subliminal persuasion on the reader. But there, you see? Already, that’s lost me most of the people who started reading this and is making me sound like a candidate for pseuds’ corner. 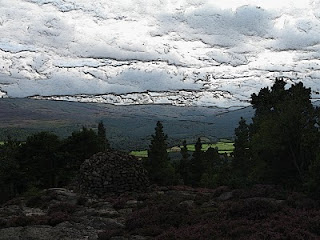 So what do you do? Let the writing speak for itself? Yes, of course, but that works best when the reader’s tucked away somewhere with just the book and his/her own imagination, not in a room full of people all expecting pearls of wisdom from someone they assume to be an oracle about the books under discussion. I’ve found that readers remember more about my books than I do. Then again, if all you’re doing is plucking two or three short extracts from a 350 page novel, they don’t mean much on their own. They may be wonderful examples of your stylistic control, but how much can they convey about the totality of the book or what you wanted to achieve by writing it?

Again, the question is 'so what do you do?' You need to give each extract some context, so you say something like ‘Well, in the next hundred pages she realises she’s pregnant by the customs officer so her sentence is commuted to thirty years, her seventeen children are put into care in a paediatric unit on the Yorkshire moors and the cosmetic surgery is postponed until the surgeon is released from quarantine. Meanwhile, the three orang-utangs have been recaptured but the green one is found to have swine flu and so Laura’s husband has to retrace its steps in order to … [etc., etc.] … and we rejoin Laura in her cell just after the one-eyed warder has zipped himself up and gone home to his lesbian wife.’ OK, that’s stupid, but it’s much more acceptable to an audience than pointing out how I’ve expanded the imagery, fused abstract and concrete, reinforced a particular theme, inverted ethical conventions, or make some other spurious claim. Apart from anything else, whoever heard a reader saying ‘Oh goody, he’s inverted the ethical conventions; I can’t wait to see what he does with the Hegelian dialectic’? 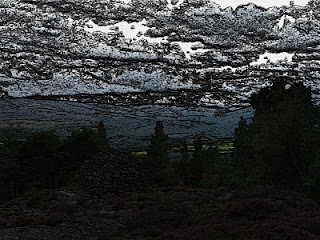 I’m not questioning the reader’s sensitivity to things other than ‘the story’ or his/her ability to operate at several levels of comprehension and appreciation; I’m just saying that I find it difficult to be a perceptive, erudite critic when it’s my own books under discussion. That probably reveals something sinister about my psyche, some quivering inadequacy. It also reveals my dilemma. I know life is serious but I find it hard to take things altogether seriously.
Posted by Bill Kirton at 3:42 AM

Great article, Bill. I started the first paragraph and my mind snapped, Yeah! Well put and funny to boot.

Bill, I just wrote about a similar topic on Make Mine Mystery. We have all spoken in front of meager crowds, but if we reach one person, then we are better off that we were before. Chin up, move forward, keep smiling:)

Charming piece, Bill, and so erudite. It is definitely tough to talk about one's own work without feeling self-conscious.

Also, the photos are stunning. Did you take them?

Thanks for the kind words, all.

Jean and Ben, I’d rather laugh at life than take it too seriously. You need to be serious at times, but it can get depressing.

Mark, your final exhortations remind me that I have the sort of face that invites people to tell me to cheer up. It’s happened several times, usually around Christmas when complete strangers in shops smile an d say ‘Cheer up, it’s nearly over’.

Jaden, thanks but the word ‘erudite’ brings a chill to my bones. I know it’s a compliment but I find it hard to apply it to myself. And yes, I took and manipulated the photos. I do trailers and movies for fun but try to use cross-fades rather than live footage to create movement and effects. In this case, I was just offering a wee pictorial narrative in 3 phases – in the video, there are 6 and what starts as a prettyish landscape ends as a Stygian hell.

See what I mean? A laugh a minute.

Great article, Bill. I'm not sure what it means, but it's certainly inspiring. (That's my attempt at Southern humor.)

I reckon that's 15-all then Chester.