A Contribution from the New Guy

About a week ago, I got an email from Patricia King.
Pat, who calls herself Annamaria Alfieri when she’s writing novels, (check out her delightful City of Silver, set in Potosi back in colonial times) had this to say:
“I’ve just been reading Paraguay, Brazil, and the Plate: Letters Written in 1852-1853 by C. B. Mansfield, and I came across a few lines that reminded me of your books. Mansfield, one of those intrepid, peripatetic 19th century English naturalists, was traveling in the back country of Pernambuco studying the flora and fauna.  He wrote: The only industry, so far as I have learned, among the Brazilians here is sugar-growing, mandioca-eating, and assassination. Murders are being committed continually.
Plus ça change, plus c'est la même chose!”
Yup.
But I’m getting ahead of myself.
Let me back up and introduce myself.
I’m Leighton Gage, the new guy here on Murderous Musings. I live in Brazil and write crime novels set in this country. 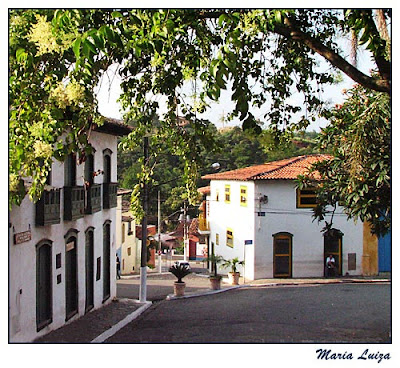 My home is in a little town less than a hundred kilometers from the Tropic of Capricorn. It’s called Santana do Parnaiba, meaning “Santa Anna of the Rocky River”, and it was founded back in 1625. 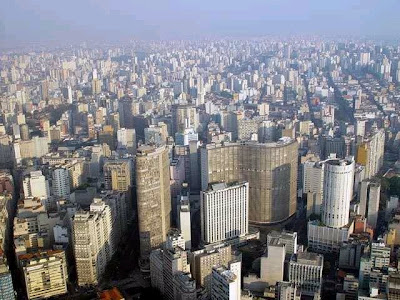 The city of which we’re a suburb, is even older, having been established by Jesuit missionaries on the 25th of January, 1554. It’s São Paulo, now home to more than twenty million people, the giant of the Southern Hemisphere and the source of my inspiration.
Some of the people who live around here are very rich, but most of them are very poor.
Which might lead you to believe that I live in a poor country.
That’s not the case.
Brazil’s GNP is greater than that of the next five countries in South America combined. We have an automobile industry, an aircraft industry and a computer industry. We launch satellites into space. We’re independent in terms of natural gas and petroleum. 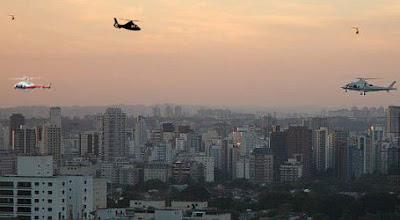 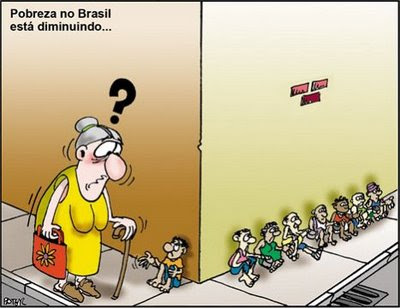 (The title of the cartoon says, “Poverty is diminishing in Brazil…”)
Our income distribution is worse than that of all of the other countries in the western hemisphere - except for Haiti and Bolivia.
But those countries have tiny populations in comparison to ours, which is currently approaching two hundred million.
The wealthy, of course, live very well indeed. 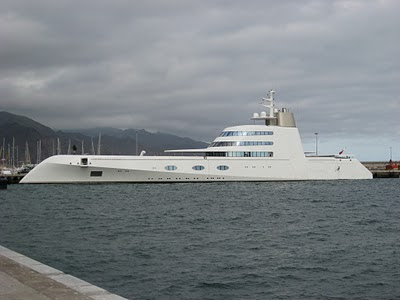 If I could walk you through the Santos Yacht Club’s installation at Angra dos Reis, where the hundred-footers are lined up one next to the other…

…or bring you to Daslu, the most luxurious shop in São Paulo, you’d be able to see what I mean.
And the situation isn’t likely to change anytime soon.
How come Brazil’s rich get richer while the poor keep getting poorer?
In a word: feudalism.
Two percent of the people own sixty percent of the land.
And have owned it, many of them, for four hundred years.
But that’s not the only thing.
Corruption, too, is a factor.
Brazil, in a recent survey, was found to be the fourth most corrupt country in the world, after Benin, Kenya and Guatemala.
By and large, the politicians are corrupt, the cops are corrupt, the judges are corrupt and so are most of the other “public servants” (Ha!) from tax collectors to building inspectors. Last year, in the Amazonian city of Manaus alone, the federal cops busted more than 120 of the locals for crimes ranging from extortion to murder.
And, as you can well imagine, all of this social inequality, and all of this corruption, makes Brazil a breeding ground for crime.
Countrywide there are fifty-thousand murders a year. Seventy percent of all crimes go unsolved, and only one convicted felon in ten serves out his sentence.
A law school colleague of my brother-in-law used to run the murder squad for the city of São Paulo. He had 750 men and women on staff, investigating nothing but murders – and he was understaffed.
Here are a couple of popular expressions, freely translated from the Portuguese:
(On the justice system) “The rich don’t go to jail.”
(On politicians) “They’re all thieves.”
(On getting sold a bill of goods by the government) “Brazil is the country of the future – and it always has been.”
For a crime writer, this place is paradise.
Every day, the newspapers bring new grist to my literary mill.
But it isn’t only the social situation that makes this place fascinating. It’s the land itself. 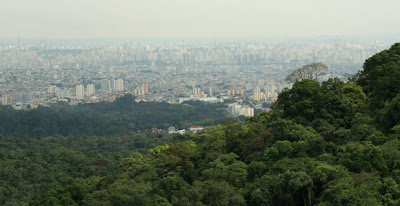 This is a shot taken from the rainforest that tops a mountain range called the Serra de Cantareira. The jungle is in the foreground, the heart of the city is what you see off on the horizon, less than thirty kilometers away. A small plane on final approach to one of our airports went down in that jungle back in 1956. Everybody knew where it was – roughly. All they had to do was to draw a line on the map - and search on either side of that line.
Which they did.
But it wasn’t until 1984 that they found it.
The jungle up there is that impenetrable.
And yet so close by. 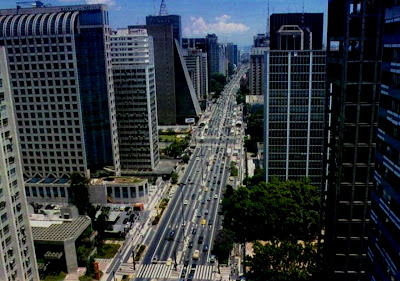 You can clearly see the vast expanse of thick vegetation from the windows of any one of a number of skyscrapers on our main drag, Avenida Paulista. 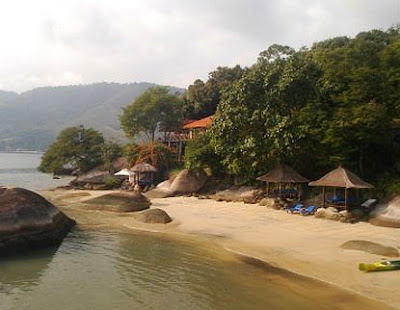 Leaving the city in the opposite direction from the Serra, a drive of eighty kilometers will take you down to the sea. I say “down” because São Paulo is situated at slightly above 800 meters of altitude, and the descent to the coast is worth doing for the spectacular views alone. 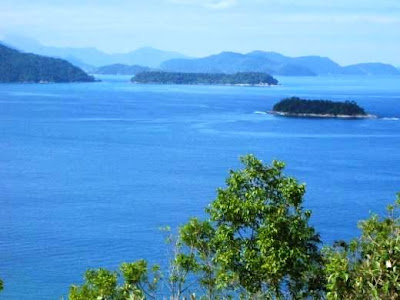 If, when you reach the coast, you turn left and follow the road it will take you around a bay, the Bahia de Ilha Grande. I’ve spent many happy hours sailing among its more than three hundred islands, many of which have pristine beaches, sparkling springs and beautiful waterfalls. 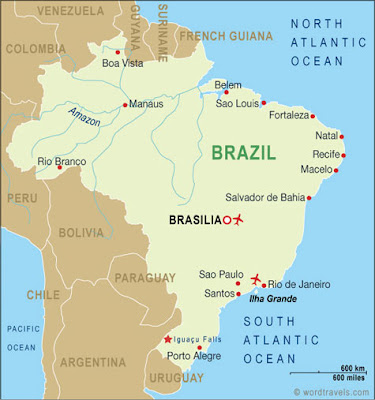 You probably know already that Brazil is big. But did you know that it’s larger than the continental United States? 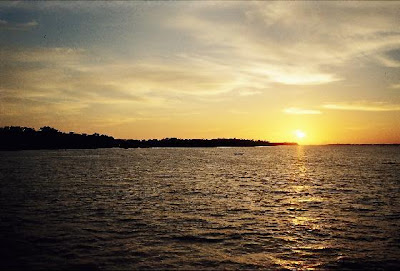 One river alone, the Amazon, contains twenty percent of all of the fresh water in the world. In that river swim more species of fish than in all of the Atlantic Ocean – as well as manatees and botos.
You don’t know what a boto is? 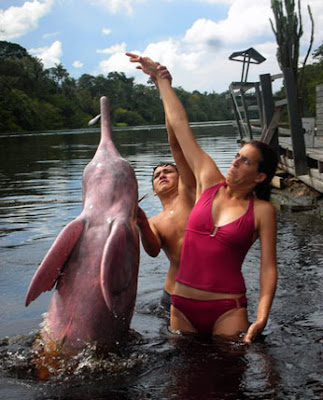 Well, here’s a picture of one. It’s a pink, freshwater porpoise, and it can be trained to come when you call.
Brazil is where I live, my reality, the place I write about in my books.
And, in future postings to this blog, I hope to bring you back here again and again. I’ve been asked, and have gratefully accepted, to be here twice a month, on the first and third Saturdays. I’m truly looking forward to it.
If you’d like to know more about my books, you can check them out here on my website.
And, if you'd like to see an interview with me, recorded at the end of September when I was in Helsinki to launch the Finnish version of Buried Strangers, go here
Cheers All,
Leighton
Posted by Leighton Gage at 11:15 PM

Thanks for the post, Leighton. My Brazil experience has been limited to Campinas, but I can attest to how large this country is. Let's hope farming the rainforest will spare it. It's a beautiful place that needs preserving.

Great introductory piece, Leighton. I learned some things I didn't know about Brazil. I haven't read your books, but I'll try to remedy that. They sound quite interesting. Looking forward to your future posts on Murderous Musings.

Glorious pics! My niece and nephew were adopted from Brazil.

If the income distribution is more unbalanced than in the US, where 1% of the population controls more wealth than the bottom 90%, it's bad indeed.

Great photography and an impressive introduction to Brazil.
Makes me want to visit.

A wonderful look at Brazil, Leighton. I saw your Helsinki interview. It made me understand, finally, why you live there. Your book is on top of my TBR list.

Making it clear -- your Helsinki interview made me understand why you live in Brazil, not Helsinki.

"Words is my life," as another writer I know likes to say.

Leighton, what a fascinating glimpse at Brazil. I've never been there, but I hope to go sometime.

I love the boto.