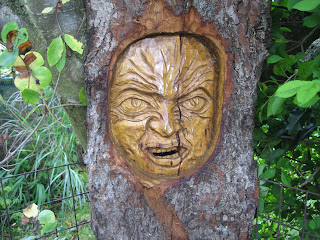 I wonder if, when you saw the title, you thought, ‘Ah yes, preventable people – an obvious choice of subject for a crime/mystery writer.’ The genre is full of undesirable characters who make for good, entertaining fiction but who wouldn't be very nice neighbours. Perhaps surprisingly, I have very few ‘villains’ in my books, but the ones I do have would definitely qualify for being ‘prevented’ in some way or another.

But the expression has nothing to do with crime fiction. In fact, it was a slip of the tongue by someone being interviewed on the BBC recently. He meant things that could be prevented from affecting people but I think the slip is much more interesting. Of course, it would be easy to make a list of preventable people. They’d vary according to our political, moral and other beliefs but there’s another, bigger problem. In order to know that they ought to be prevented, we’d need to know why, which means they’d need to exist first and so, by definition, they couldn’t be prevented. All very existential.

And before pro-lifers or their adversaries start putting me on their list of undesirables (or maybe preventables), this isn’t about abortion. I have very clear opinions about that topic which are too profoundly held and too important to be articulated in a trivial medium such as one of my blogs. No, this is just a words thing. It’s just me musing about the idea of a category of persons who are unpleasant enough, in one way or another, to be considered preventable.

Purists will complain that that implies being prevented from doing something specific but I prefer the blunt, unqualified ‘prevented’. If someone should have been prevented it means there’s nothing about them worth preserving. How satisfying it would be, when faced with a politician mouthing the usual evasions or a celebrity making vacuous pronouncements about their importance or their desire to be alone, to be able to say ‘he/she ought to have been prevented’.

How much nicer history (and therefore the world) would have been if certain people had been prevented. In fact, I’m beginning to think that the verb might be an alternative to ‘elected’. At the polls, why shouldn’t we get ballot papers which allow us to ‘prevent’ candidates as well as ‘elect’ them? Given the representatives we seem to choose, I’m pretty confident that the ‘preventable’ option would be a much better use of the democratic process.

Of course, what would happen is that we’d all cancel one another out. I’d want to eliminate all bigots on both left and right of politics, and their supporters would want to get rid of wishy-washy people hovering in the centre. Fervent worshippers of the various religions would eradicate all traces of any opposing beliefs, so religion would disappear completely. Street gangs would cancel one another out, Pepsi would prevent Coke and vice versa, MacDonalds, KFC, Burger King and all the others would all vanish. The slavering hordes of supporters of the various teams in football (US and UK versions), baseball, cricket and other sports would eliminate each other, government and opposition benches would be emptied and, one by one, the delegates at the United Nations would pop into non-existence.

Hmmm. This is beginning to sound like a very attractive proposition.
Posted by Bill Kirton at 5:12 AM

Sounds like us wishy-washy centrists who don't attract any opposition would rule the world. Power to the poopers!

The bible says "The meek shall inherit the earth," so maybe you're on to something, Bill. I like the part about "preventing" certain political candidates on the ballots. I think everyone would have to be exceptionally nice to survive. :)

Chester, your comment makes me want to write a story about a 'wishy-washy centrist' manifestation. 'Power to the poopers' would make a great placard.

Jean, an 'exceptionally nice' politician? Now that is fanciful.

Sounds like the trick to surviving this sort of world would be to be so unremarkable that you stayed completely under the radar.