A Thanksgiving Story and a Pecan Pie Recipe

In honor of Thanksgiving Day, I'm bypassing Murder and Mayhem and presenting a gentle story and sharing a pumpkin pie recipe.

Thanksgiving is the perfect time for reminiscing, and for telling family stories around the table. These generational memories are often centered around cooking and good food, and these special tales of family history should be treasured and never forgotten.

This Thanksgiving story was included in DEVOTED TO COOKING, Inspiration for the Aspiring Chef in Everyone.  Written by Jacqueline King and Jennifer Sohl. Available in print or ebook download.

Memories of Papa Peeling Pecans for the Grandkids

“We called our grandfather, Papa,” June Butts, now a grandmother herself, said. “Back in those days different generations of the family lived in the same house, and it was wonderful to grow up with an older person who had the time to tell stories and to teach us kids about the generations past. I think maybe that’s one reason why families were closer back then.”

The comely woman smiled and the faraway look that came into her blue eyes told me she had transported herself back to South Texas and a simpler life sometime in the 1950’s.

“We had a pecan tree and Papa peeled pecans for the kids. We’d sit in a circle at his feet, listen to his tales, and eat the perfectly shelled and halved nuts as he passed them around.”

“Peeled pecans?” I asked, trying to imagine how such a feat might be possible. “How could he peel pecans?”

It was Thanksgiving Day and I had been invited to join June’s family for a traditional dinner of turkey, dressing and all of the trimmings. We were sitting around the table drinking coffee and savoring that mellow, sated satisfaction that fills a group of friends during happy times.

“With his pocket knife,” June said.

“I’m not!” June’s robust laugh was typical of a woman who was Texas born and bred. “He peeled those pecans just the same way you’d peel an orange. He’d slice off the top and the bottom, cut slits around the nuts and then just peel off the hulls. Those pecans came out in perfect halves and he’d hand them to us kids.”

“That must have been one sharp knife,” I said, wondering how he kept from cutting off his fingers.

“That it was,” June said. “And he could peel those nuts really fast. Sometimes he’d peel enough for Mama to make us some pies.” She sighed with remembered pleasure. “Mmm—mmm—mmm, those pies were good! We never had much money, but we had happy times, anyway. God was always good to my family.”

“I’ll bet you learned to cook from your own mother,” I said.

“Sure did. Mama and Daddy had eleven kids, and I was helping stir up dinner as soon as I could hold a spoon and stand on a stool to reach the table.”

It happened that we were drinking Texas Pecan flavored coffee. I took a sip of the hot brew and savored the rich flavor. Pecans, family and holidays equal pure pleasure, I thought. Everyone sitting at the table owned their own cell phones and computers, but some things never change. The memory of “peeled pecans,” outranked any of the electronic pleasures available to the diners.

Only the delicious food that we shared stayed the same.

Beat eggs and sugar until blended. Add Karo syrup and mix well, then add melted butter, salt, vanilla and pecans. Mix well and pour into 9 inch unbaked pie crust. Bake at 400 degrees for 8 minutes. Turn heat down to 325 degrees and bake for 35 minutes. (Center will be set.)

Happy Thanksgiving to All,

Stuck in the genre with you

I know this blog’s called Murderous Musings and I’m also aware that sometimes my own musings here aren’t very murderous. But that’s because (like many of my colleagues, I suspect), the genre thing sometimes feels restrictive. At the same time, I know full well that publishers (and probably readers) prefer us to stay within the genre they associate with us. 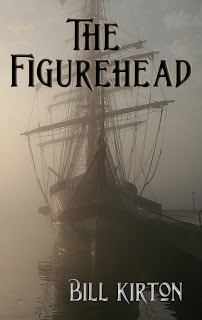 When my historical novel, The Figurehead, was published, it was well received but, as well as being crime-based, it flirted with the romance genre, and some readers and reviewers commented on the fact. In a different way, The Sparrow Conundrum was also a departure, being a satirical novel on the spy genre which was all black humour and near-farcical situations. It’s crime-related but my main aim in writing it was to make readers laugh.

I’ve been told I should think of using a pseudonym but if that’s the case there’d be three of me already – the police procedural guy, the historical guy, and the funny man.

On the other hand, if a reader spends $X or £X on a book of mine because he/she enjoyed a previous one, I’ll be disappointing them if it’s totally different. But on the other other hand, should writers be condemned to keep on producing the same book over and over? 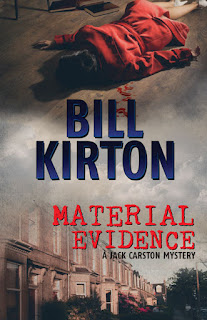 My plan is to write just one more in my procedural series, featuring Jack Carston. So far there are five books and he’s been changing through them. I anticipate that the final one will actually end with him leaving the police force. I had no overall plan when I wrote the first, but as the books appeared, I began to sense the bleakness accumulating underneath the killings and suspected that an empathetic person (such as Carston) might be seriously affected by having to deal with constant examples of man’s inhumanity to man (and especially woman). Carston’s at the stage where the satisfactions of solving mysteries are being outweighed by the cruelties he’s witnessed.

I’m not suggesting that I’ll stop writing crime altogether. The sequel to The Figurehead is well advanced, and the romance element is even stronger, but it’s still about a crime. And I’ve already sketched out some scenes for the sequel to The Sparrow Conundrum because that’ll be great fun to write. 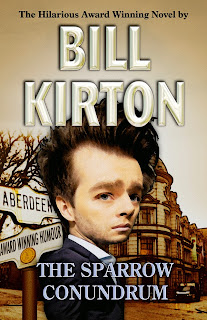 And this posting sums up two opposing functions of blogging. Here, I’ve expressed my misgivings about being stuck in a genre but I’ve also warned readers what to expect by spelling out what each new title will deliver. At the same time I’ve, perhaps foolishly, articulated in public my plans for future books. Whenever that happens, the written word becomes a fixed, irretrievable truth. Which means I seem to have committed myself to writing the damn things.

On the other hand (again), I could have a Damascene moment and leap to an entirely different genre – something like ‘The Wordless Novel’. I could manage that.
Posted by Bill Kirton at 12:05 AM 2 comments:

HOW COZY SHOULD COZIES BE?

This question recently appeared on a LISTSERV for writers and readers. The answers received were of great interest to me, because my character Grace Cassidy, often finds herself dealing with this sort of dilemma.

Most of those who responded to this query advocated that with the rapid changes happening in our world, problems faced by cozy characters will naturally turn grittier.

For years we've dealt with murder, and that's pretty darned serious. The trick is to keep graphic blood, gore and blatant sex off the page. Everything else, even dark subjects, is now happening to our readers and need to be discussed.

The writing style, however, must still stay upbeat. Accomplishing this challenges a writer's skill. I think cozy writers are up to this task. I certainly intend to try.

One technique to keep our books cozy, is to include humor. I'm not talking about slapstick or gallows humor. At least not usually. I'm talking about the kind of humor that gets the ordinary person through life with some kind of sanity intact.  Myself, I prefer the tongue-in-cheek kind.

My Bed and Breakfast cozy mystery series features Grace Cassidy, an inn-sitter, and is written with a touch. My character has been involved in divorce, neglected children,   teen pregnancy and more. Learning to live through life-changing experiences in the cyber age, and still keep a positive attitude, describes my heroine's life.
THE CORPSE AND THE GEEZER BRIGADE, book three, introduces Slick Webster, a handsome biracial man approaching his 21st birthday. His past memories involve seeing his mother die from a drug overdose and his early struggles in foster care.

My main character Grace continues standing strong while learning hurtful things about her parent's past without blinking. She vows to never again turn a blind eye to the elephant in the living room. No more sweeping family secrets under the rug.

Through all of these problems,  Grace and her quirky sidekick Theodora Westmacott, take joy in decorating a new Bed and Breakfast using someone else's money, driving around in a Rolls Royce, and witty conversation.


I’ve just read an article about ‘thin-slicing’. Apparently that’s what we do nearly all the time. We base our judgements and decisions on split second observations of thin slices of behaviour. And, surprisingly perhaps, we’re usually right. The easy examples are of sportspeople behaving almost instinctively as they pass the ball, shoot for the hoop or whatever. But the most interesting for writers is that we apparently form an impression of people we meet within the first few seconds and then just notice things which confirm that impression.

So the laborious presentations that people have prepared for situations such as interviews or wanting to impress the future in-laws seem to be a waste of time. The first handshake, eye contact, hairstyle choice, colour of jacket or God knows what else has already made up the mind of the person you’re meeting.

I wonder whether we also ‘thin-slice’ the characters we ‘meet’ in books. Is the initial impression so crucial? Or does the leisurely process of an unfolding narrative change the nature of our perceptions? We don’t, after all, have the direct, instinctive signals of body language to help us and anyway we know we’re collaborating in a fiction. Then again, if we’re assessing a real person in the real world, then just looking for evidence to prove we’re right, aren’t we just moulding reality to our own ongoing fiction?

And, from the writer’s point of view, does it mean that we should make sure that the way we choose to introduce a character puts his/her essence right up front and leaves little room for misinterpretation? If that’s the case, it seems to me that the best way to achieve it is through letting the character speak for him/herself. The moment we start describing their hair, eyes, clothes, bulk, etc. we’re offering archetypes. However much we then refine them to the specifics of that individual, the risk is that the reader’s already decided that he’s seeing a fat slob or a peacock. Let them speak for themselves, condemn or ingratiate themselves out of their own mouths.

Whatever the truth of it all, it just adds to the fascinating complexity of the reading (and writing) experience.
Posted by Bill Kirton at 12:05 AM 2 comments: