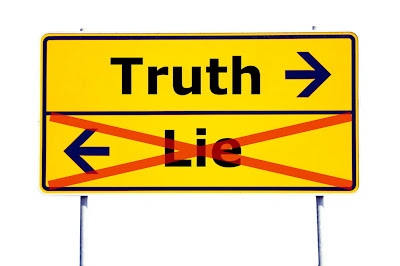 Writing non-fiction can be a lot of fun, but it also requires tremendous scrutiny.  While I prefer accuracy in fictional details, there is no room for error in non-fiction.  In fact, the only thing worse than errors in non-fiction is stealing someone else’s work.  Case in point, reflect on how plagiarism tarnished author Stephen Ambrose’s credibility.

I am currently involved in co-writing a biography, and it has been one of my most challenging works because my collaboration does not involve direct research.  Instead, my job is to turn the presented material into a publishable document.

The story is one of an immigrant who enlisted in the Marine Corps and becomes a fighter pilot.  A genius that invented air-to-air radar missiles and shot down two MIG 15s on a dark Korean night.  A man so brilliant that President Kennedy asked him to get out of the Marine Corps and go into the private sector.  A man that eventually took us to the moon as NASA’s Chief Engineer for NASA’s Apollo space program.  Sound interesting?  I thought so.

In the eyes of the co-author, I was the perfect choice to help write this story.  After all, I flew fighters from the same Korean air base a generation later, am a US Navy TOPGUN graduate and air-to-air combat instructor, have published over one hundred non-fiction articles and four novels, and I believe in this story.  But progress has been slow because my understanding of non-fiction is different from my co-author.  While I believe that facts are facts, he thought we could re-write history to give the story more flair.  Sorry, but it doesn’t work that way.  I will never put my name on anything that isn’t true, even under a pseudo name.

During our last meeting we agreed that he would organize every one of his documents by date, create an accurate timeline, and start over.  Many moons will pass before I become involved in this project again.  However, taking a break is good because whatever material he presents will then be fresh.

My reason for mentioning this is because any inaccuracy in a non-fiction work will forever cost an author his or her credibility, and without credibility there is no chance of publishing non-fiction again.  Stephen Ambrose’s infractions still haunt his grave.

To protect yourself, never rely on Internet research, question every source, and consider that every picture relevant to your topic could be Photoshopped.  Most importantly, have an independent source that is familiar with the topic review your work before ever sending it on.

Thanks, Jim. We probably offer more variety than most:)

Truer words never spoken, Mark. As a former news reporter and photojournalist for many years, I know from experience that the most important rule of nonficiton is to check your facts with at least two or three sources. More than one journalists' reputation has been ruined by dramatizing the facts.
Good article!

Thanks, Jean. I've made plenty of mistakes in life, but I do my best to make sure everything I write is accurate.