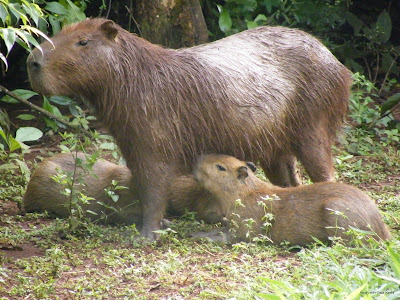 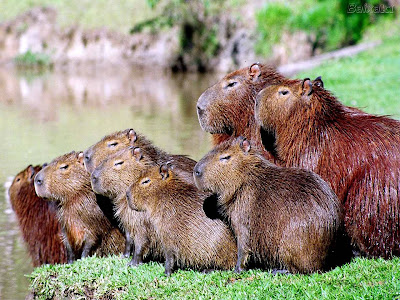 Capybaras are abundant throughout Brazil and have been for many thousands of years.

They’re reputed ('ve never eaten one) to be quite tasty, with a meat not unlike pork. 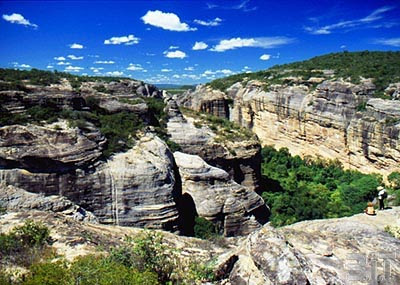 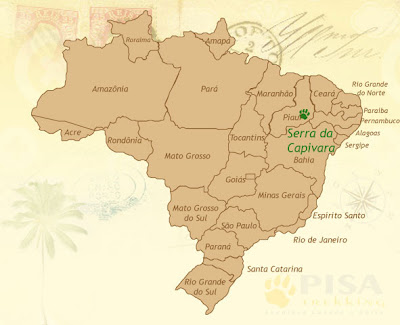 And it’s there, where that little green dot is located, that you will find the vestiges of the largest concentration of prehistoric small farms in all of the Americas (North, Central and South). 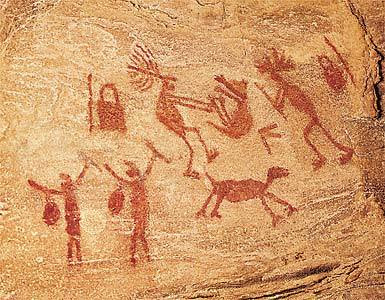 And a remarkable collection of rock paintings, some of which were created more than 14,000 years ago.

There are five main cultural themes. 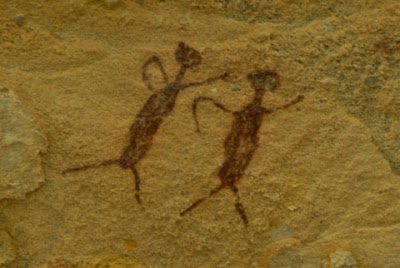 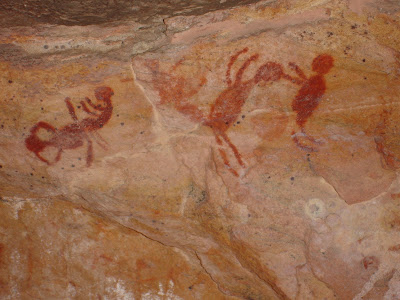 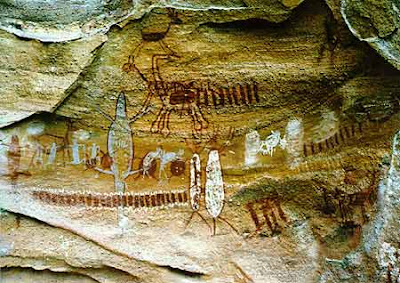 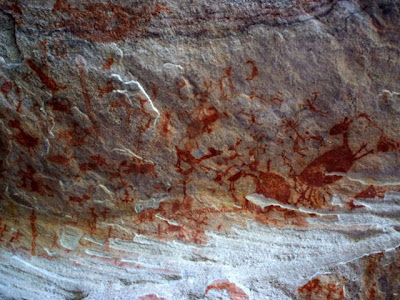 Rituals performed around a tree. 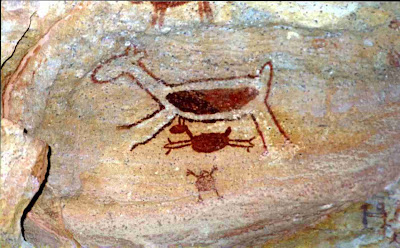 There is also quite a bit of entirely incomprehensible iconography, like human bodies heaped on a pyramid.

The paintings of the Serra da Capivara are neither as old, nor as beautiful as those of Lascaux:

But their great age makes them pretty impressive, all the same.
Posted by Leighton Gage at 12:01 AM

Inteesting cave paintings, Leighton, but I'm wondering about the capybaras. Where are they found and how are they trapped?

Hi Jean,
Capybaras are social creatures, so where you find one, you're likely to find twenty.
And they're all over Brazil, from north to south and from east to west.
They hang out in large groups, generally near water, so they're often hunted from a boat.
And the operative word is "hunted". They're generally shot (the indigenous peoples used to do it with blowguns and arrows) rather than trapped.