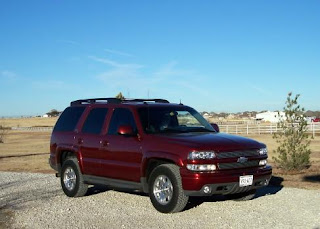 I just returned from summer journeys, this time criss-crossing back and forth between my granddaughter in the Smoky Mountains of North Carolina and my homehome in Tucson. Cushioning my flat ... uh ... my undercarriage, my trusty Tahoe held up well. 168,000 miles and counting.

Some of my travel musings. A long road for that...

Oklahoma City looks like a nice place; well, when it's not being blown down, flooded, snowed in or burned up. Too bad there's no hope of understanding the language;

If you're invited to a campfire dinner in the Smokies, be prepared for shredded pork barbeque and the smell of apple pie. I understand shredded pork requires few teeth; it's soft on the gums. Which fits in well there. And don't touch the apple pie. Yes, it smells and tastes like the real stuff, but the fact it's served in a jar and might be vintage Tuesday should give you some clues. Take a sip and they're likely to find you naked in the woods in a few days.

Hope you can play the banjo...

In my case, somebody drove me home. Good thing, too.  I don't remember much beyond "Can I have a sip?" I remember the smell, like fresh from grandma's oven, its crust gasping sweet steam. I thought, what the hell, grandma prolly took a sip once in a while.

I don't know who drove me home, and I'd like to keep it that way. I left the next day and turned my cell phone off for a couple days. And no way will I play those voicemails. Man, that's one interior I don't want to clean. Next time, I'm staying home.

You can walk anywhere in Tennessee with a Bible in your hand. Just wave one around and you'll get a congregation. And if you take the collection first, you may be able to outrun 'em.

Only the brave drive Illinois roads.

Collard greens may tickle your taste buds, but cooking them will clear a room.

I have no idea what "The Thing" is, and I don't want to know. I just want it to stop following me.

The Villages has one of the highest STD rates in the country. Guess grandma's got her love lights on. Don't ask me how I know.

Why would Arkansans name their state after Kansas?

Check your local papers for NASCAR races. You don't want to get caught within one hundred miles of one. Traffic patterns are like a black hole; you just get sucked in.

Don't wear an OSU jersey in Texas. It's like wearing one in Michigan, but Texans eat more beef. So instead of boos in Michigan, you'll be lucky to survive in Texas.

I solved Kansas' bug problem. I've got most of them on my windshield.

You can always spot a tourist in Florida. They're the ones with tans.

What's the plural of "Yo'all"?

Atlanta is my special hell. I think Sherman had the right idea.

Grits look like week-old hashbrowns, taste like wet mushed up cornbread. Another reason the North won the war.

Did you know the hose at most gas stations pops off if you drive away still attached.

Great to have you back, Ben. Fun post. BTW, It's Y'all as in Y'all come back now ya here? Then again, in Texas, the question is You gonna change Y'all? It's been 3000 miles:)

My wife'll go with you on Atlanta, Ben. She refuses to drive through the place any longer. She says the traffic there is worse than any place she's seen.

So glad to have you posting! We definitely missed your rollicking stories, not to mention your sage advice on guns and other topics! We found your blog on the way home from lunch with Earl...yes, our Earl from Murderous Musings. Laughed myself sick, truly...in a good way, of course.

If I ever go on a long road trip, I'm taking Mark and Lyne with me. They're a terrific pair and would make any place enjoyable.
Even Atlanta.

Why thank you, Earl. That was such a nice birthday greeting. Ben, keep your posts coming -- we missed them!