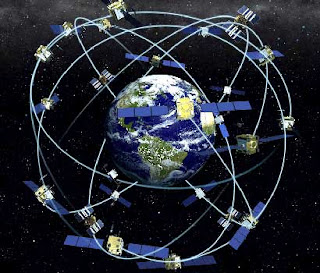 If you’ve ever snickered at the insurance commercial with the GPS causing an accident, then you can appreciate this article.  Today’s use of the Global Proximity System has become as common as a cold.  Thanks to our military’s toned-down version, cell phones can track kids, direct us to restaurants and entertainment facilities, and most of all, guide us in unfamiliar territory.  But unlike airplane or ship navigation systems that define courses by pre-programmed latitude/longitude waypoints, our portable GPS units rely on typed-in addresses or data-base locations.  If you selected your intended destination ahead of time, your GPS will likely be a valuable asset.  However, serious problems can develop if your navigation system never reset itself from a previous location or you are attempting to change your destination while steering your vehicle.  Any police officer will tell you that sending a text, talking on the phone, or fiddling with the GPS while driving can be as dangerous as driving while intoxicated.  This is why GPS lawyers added the requirement that you agree to only programing your GPS while your car is parked.  No doubt some will still blame their GPS for their ensuing accident and win.

We have all heard the funny pronunciations from computer-generated voices when text is translated to voice, but when my wife and I were driving in unfamiliar territory and our GPS told us to turn left on “Wha wha”, all we could do was laugh and try to determine what “Bitchin’ Betty” intended.  Once we realized she was telling us to turn left on “Wolf Road” we were fine.  Soon after, when we were told to turn left on “Shelby” when the actual street was named “Shell Bay”.  A cautious turn kept us on the correct track.  Learning to understand your GPS’ voice is probably no different than understanding your children or your dog.  Personally, I find it easier to keep my head outside and listen to the voice commands rather than physically looking at the moving map.  At least I stand less of a chance of causing an accident that way.

GPS has its limitations, thus it’s always best to have basic orientation on where you should be traveling.  Doing so will avoid the “recalculating” commands.  For example, if you’re supposed to be heading south and find the setting sun in your eyes, you should know that something’s probably askew.  Nowadays, many cars are equipped with electronic compasses, so use them to your benefit.  And if you are in a big city such as Manhattan, know which way the streets and avenues run.  (Yes, Virginia, there was a master plan when they built this city.)  As a general rule, avenues commonly run north and south while streets travel east and west.  East/West Interstates run are even numbered.  North/South Interstates normally end with a “5”.  Big cities like LA have all kinds of designations so be prepared.  Most of all, remember that cruise control is NOT an autopilot, so keep your head outside and drive safe.  I truly enjoy meeting new people, but not as a result of a car wreck.
Posted by Mark W. Danielson at 12:00 AM

I enjoyed this post, Mark, especially coming from a pilot. :)
I think the easiest large town to naviage is Salt Lake City because of the numerical and directional street names that all lead away from the Mormon temple. I never have been able to figure out my GPS system because I haven't taken the time to study the manual.

Manuals? We don't need no stinkin' manuals! Seriously show me once and I've got it. Make me read about it and I'll struggle until someone smarter than me shows me:)

Finally got a chance to read this. Good timing, as I had a conversation with my college aged daughter about the GPS as well as texting while driving. She said, "dad, I never use the GPS, it's locked in the truck!" Hmmm... guess that makes sure she pulls over if she needs to set it up. Now, about that texting while driving...

Ward, I wish there was a way to lock our kids' phones in their trunks while they're driving. It's not only dangerous to them, their decision to text while driving kills too many innocent victims. There's a great campaign to get kids to realize the dangers, but most won't listen. Then again, I look back at how "smart" I was when I was eighteen and it's apparent I've lost a lot of brain cells along the way . . .