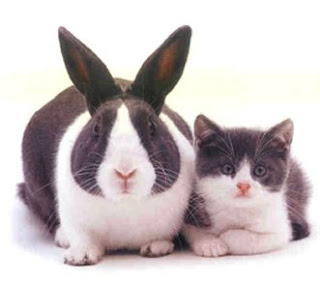 Is my shooting buddy trying to knock me off in a way he won't be suspected? You be the judge.

I'd never seen a rattlesnake in the wild up close and personal until my friend Dan arrived one day unseen and pointed one out by his rear wheel well. We thought the snake dead, that it may have fallen out of a nearby mesquite tree -- rattlers have been known to lay in wait in trees. The snake was upside down and motionless...until I touched a stick to its tail. Then it flopped around and readied itself to strike.

The day before Dan claimed a diamondback about the same size had stalked him in his yard as he was tearing down his hot-tub for Arizona's demonic summer. He said he'd stoned the snake. Application of Shia law, maybe; a snake gone bad.

Then, the next day, Dan came over and pointed out a gila monster on the bottom of the pool. Never seen one there. If alive...well, I don't want to think about that.

Twice in two days, Dan pointed out two potential threats: In one case, he'd told me the snake which almost bit me was dead; in the second, he pointed to a gila monster not moving on the bottom of the pool. I didn't learn the gila had drowned until I fished it off the bottom.


Sure, I could blame coincidence, but as a mystery author, I'm trained not to believe in coincidence. Therefore, I must believe that Dan is trying to kill me, or maybe terrorize me so badly I'll move away. Besides, I like to blame Dan, maybe because I can't seem to outshoot him.

But true coincidences exist; mystery authors just don't use them often except to identify a killer.

Haven't you ever learned a word the first time, then immediately heard that word used in some movie, television show, article or conversation? Haven't you ever thought of a song, then heard it almost immediately later? Or maybe you describe a Shelby Cobra to your wife, then see one almost exactly like your description the very next day.

To a mystery writer, coincidences are gems, either one appearing rough cut and insignificant that turns out to be glaring when polished, or as a way to insert red herrings into a non-culinary dish. But usually, mystery authors utilize the odd coincidence (or a stringed grouping of them) as a telling clue in the great mystery unravel.

Well, there goes the fun.

I prefer to throw in coincidences that mislead, that twist the reader's logic until his (or her) head is spinning. As a school kid, I learned it was fun to spin someone around and watch them wobble and stumble when I let them go. And I remember what that spinning head felt like when it was on my shoulders.

Regardless, events, important or not, coincide. As writers, we can make hay with both natural and unnatural coincidences. Play with them: Make some important, some...well...coincidental.

Fun play. Fun mystery. And I guess you're right, life is full of coincidences. It's what we, or the writer, do with them that makes stories.

I'm usually wary of coincidences in books. Maybe because coincidences don't happen often in my life it seems. So I'm suspect of them.

I'm with Helen - stay away from Dan. On the other hand, I do notice coincidences and they're certainly intriguing. When researching my historical book, The Figurehead, among the documents I looked at were letters from a famous shipbuilding and ship-owning Aberdeen family - the most recent ones from 2 sisters - its only surviving members. One of them was the person who'd supervised my PhD. Also, in the book, I mention a ship designed and built in Aberdeen called The Scottish Maid. She was the first vessel ever to have the famous 'Clipper bow', and she was launched exactly 100 years to the day before I appeared. Then, recently, my publisher, who's bringing out the second edition, sent me some possible shots for the cover. The first was the figurehead of the ship I'd sailed on from Norway to Scotland as part of my research. Omens? No, coincidences.

Coincidences are events that happen by chance and I encounter them occasionally. However, both of my fictional PI's are fond of saying they don't believe in coincidence. I use them but not for anything that has a significant effect on the outcome of the story.