Scene of the Crime

by Carola Dunn
Sorry, this was supposed to post last Wednesday and the dashboard showed me it was scheduled, but it didn't work, so here it is, with apologies (once more) to whomever I'm interrupting.

This is my alma mater, the Friends School in the ancient Essex town of Saffron Walden. I decided several books ago that it would be a good place for the stepdaughter of my 1920s protagonist, Daisy, to go to school. I should have foreseen that the decision would inevitably lead to murder in Saffron Walden.

Long before the Romans came to Britain, the fertile area supported a settlement here, which became a flourishing town in AngloSaxon times. The Norman Conquest added a castle and a stone church to the attractions.

A great many medieval and Tudor buildings have been preserved. 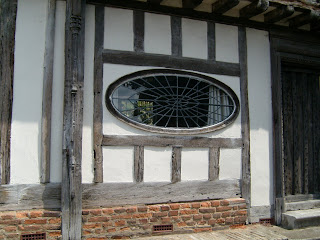 This plasterwork, known as pargetting, is typical of East Anglian buildings. 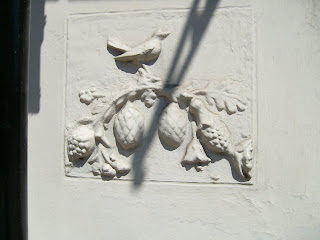 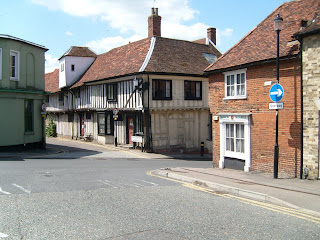 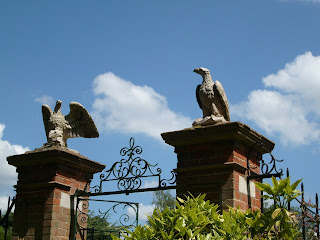 This is the entrance to Bridge End Garden, and below is the "Dutch" garden, viewed from a lookout concealed in a hedge. 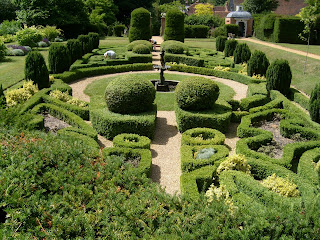 And this is my friend disappearing into the maze where the body is found in Anthem for Doomed Youth: 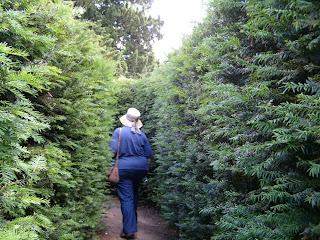 She and I failed to find our way to the centre, but we did manage to get ourselves out safely. I really needed to see what was in the middle so I could describe it for the story. I went and found a gardener, who led us to the centre (and out again). It has another lookout, from which lost explorers can be directed to the exit. It boasts this delightfully frivolous ornament: 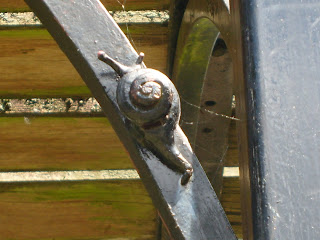 And this is Saffron Walden Police Station, an appropriate end to the tour of the town! 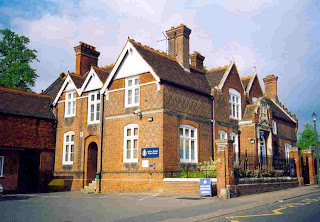 Carola, these are beautiful photos and descriptions. Makes me want to go there, even though I will do almost anything to avoid flying.