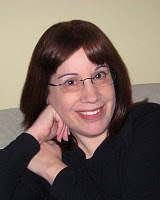 Lois Winston is an award-winning author and designer as well as an agent with the Ashley Grayson Literary Agency. Her latest book, Assault with a Deadly Glue Gun, the first book in her Anastasia Pollack Crafting Mysteries series, received starred reviews from both Publishers Weekly and Booklist.

Lois, as an agent with the Ashley Grayson Literary Agency, what advice would you give fledgling writers seeking literary representation?

If I had to pick one piece of advice, it would be: Don’t submit until your manuscript is ready to submit. Too many unpublished authors make the mistake of thinking their work is ready for submission when it’s far from ready. They start their agent search the moment they type THE END, without first learning how to write a publishable manuscript. Today, it’s harder than ever to sell a manuscript. Editors are doing the work of four and five people. They don’t have time to mentor writers with promise. The manuscripts agents submit must be near perfect. Likewise, agents aren’t in business to mentor writers. So before a writer wastes her time and ours, she needs to make sure her manuscript is the best it can be.

Tell us about Anatasia Pollack and your crafting mysteries.

Anastasia Pollack is a women’s magazine crafts editor, a reluctant amateur sleuth, and the star of the Anastasia Pollack Crafting Mysteries. Assault With a Deadly Glue Gun, the first book in the series, was released in January and received starred reviews from both Publishers Weekly and Booklist. Kirkus Reviews called it, “North Jersey’s more mature answer to Stephanie Plum.”

When Anastasia’s husband permanently cashes in his chips at a roulette table in Vegas, her comfortable middleclass life craps out. Suddenly, she’s juggling two teenage sons, a mountain of debt, a communist mother-in-law, AND her dead husband’s loan shark. And that’s before she becomes the prime suspect in the murder of a coworker she discovers hot glued to her office chair.

How important is humor to the mystery genre? And who, in your opinion, has best combined the two?

Humor is very subjective, which is one reason it’s so hard to write. As a writer of humorous fiction, I know that not everyone is going to “get it.” I just hope that more people “get” my humor than don’t get it.

Some people don’t think humor belongs in mysteries. However, I believe that it’s easier to get through anything if you have a sense of humor. A good humorous mystery doesn’t make fun of murder and death. The humor lies in how the protagonist approaches life and deals with all the caca thrown at her.

Personally, I love Janet Evanovich’s Stephanie Plum series because Stephanie never fails to make me laugh. Being favorably compared to Evanovich by several reviewers has me floating somewhere over the rainbow. Another favorite series of mine is Lisa Lutz’s Izzy Spellman books.

You’ve received some great reviews from Publisher’s Weekly, Book List and Kirkus, among others. How important are reviews to a writer’s career? And do bad reviews really damage a book’s success?

Great reviews certainly give a boost to an author’s career, but many books that have received mediocre or even lousy reviews have gone on to become bestsellers. Word-of-mouth is the author’s best friend. If people like a book and talk, tweet, and blog about it, other people are going to buy it, no matter what the critics have said.

How do you manage to balance your design art with your writing and agenting job?

LOL! I thought I was doing a pretty good job of juggling my designing, writing, and agenting careers until last Saturday at a conference when someone said, “See you next week.” Huh? As far as I knew, I had nothing scheduled for this weekend. Turns out, I’d agreed to speak at a SinC meeting and had completely forgotten about it. I guess the scheduling gods were looking out for me, because if this other author hadn’t said, “See you next week,” I would have stood up several dozen mystery writers.

You’ve won an amazing number of awards. Which one means the most to you? Why?

The award that means the most is the one I didn’t win. I was the first runner-up in Dorchester Publishing’s inaugural American Title contest. Even though I came in second, I was offered a publishing contract. That first sale launched my career as a published author.

How important is blogging? In your own experience, has it increased book sales?

It’s very hard to quantify how successful blogging or any social networking is in regard to actual book sales. All author promo is a crapshoot, whether it’s blogging or giving away tchotkes and doodads with your name and website printed on them. For that matter, even the promo done by publishers and independent PR firms is a crapshoot. What works for one author may lay a ginormous goose egg for another author.

In an ideal world, authors would sit at their keyboards and write while their publishers handled all the promo. However, today’s world of publishing is a less than ideal world, and authors are expected to flak their books. In the three years between publication of my last book and my current book, much changed, especially the way authors use social media for promo.

I knew it was time for me to have a blog, but I didn’t want to compete with all the well-established author blogs already populating the blogosphere. So I decided Anastasia should blog, not Lois. Since Anastasia works as an editor for a women’s magazine, it seemed like a natural extension that the magazine should have a blog. Thus was born Killer Crafts & Crafty Killers -- http://www.anastasiapollack.blogspot.com . Mondays through Thursdays the various editors of the magazine blog. Fridays are Book Club Friday with Anastasia hosting guest authors who talk about their books.

Has Killer Crafts & Crafty Killers resulted in more book sales for me? I don’t know. What I do know is that every week I have more visitors to the blog and a growing following. Hopefully, that’s extrapolating to more book sales.

How has writing changed your life?

Writing has enriched my life in so many ways. I’ve discovered a talent I never knew I had. I’ve met many incredible people, some of whom have become extremely close friends. My life would be wanting in so many ways without these supportive, wise, and knowledgeable women. I’ve also enriched my mind, accumulating knowledge that I otherwise wouldn’t now have. And I’ve learned that it’s sometimes possible to have dreams come true if you work hard enough toward your goals and don’t give up on yourself and those dreams.

Twitter: @anasleuth but she says, "I’m planning to become the last person on the planet not on Facebook."
Posted by Jean Henry Mead at 1:33 PM

I intend to be the last person on earth without a cell phone. I'm sending you a query. I love your stuff.
Barbara DeShong
mysteryshrink.com

I don't blame you for not wanting a cell phone. Sometimes I think they're more trouble than they're worth.

This is a great interview, Jean.

But I don't think I could get by without my cell phone anymore.