How to write crime and mystery (or maybe not) 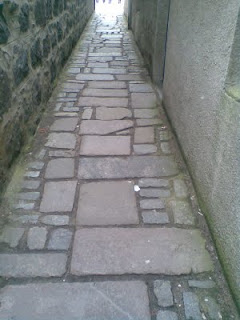 I think I’ve mentioned before that I write things other than crime but since there are still crime novels of mine to be released later this year, and crime is still the main part of my output, and – by no means least – since this blog is supposed to carry ‘murderous musings’, I thought this time I’d offer some hints to would-be crime/mystery writers. Not that I have the formula for writing a masterpiece but simply to open areas which might get you asking yourself some questions. I’m not a fan of creative writing courses and, at every opportunity, I trot out Somerset Maugham’s observation. ‘There are three rules for writing the novel,’ he wrote, then added ‘Unfortunately, nobody knows what they are’. But there are ways to get the creative juices flowing (and of avoiding clichés such as that one but I’m lazy). Here’s one.

Where do you start? Serial killer? Gang warfare? Sado-masochistic practices in a nunnery? It’s a list that easy to extend. But my suggestion would be to prefer the ordinary to the extraordinary. If you start with pools of blood and a trail of smeared footprints leading down into a crypt, it’s dramatic, scary and can be thrilling. But what if it’s a park bench on a sunny day? A woman’s sitting reading a book and eating her lunch sandwiches. Children are playing, old women are feeding ducks, couples are strolling along. The woman’s bag slips from her lap. She bends to retrieve it and sees a red filament. It’s a tiny, barely noticeable trickle of blood which is oozing onto the path in front of her bench. It’s coming from a tissue which someone has wrapped around something and thrown away. The normality of the context brings the frisson closer. Until we see the blood, it’s a familiar scene, reassuring, normal – one which carries no threat, so the intrusion of a macabre element is more sinister. The shock is greater.

So try this. Tomorrow, go through at least part but preferably all of the day looking for clues, plots. Rather than think from the point of view of the murderer, set yourself up as a victim. Notice how many ways you could be murdered – not by any grandiose scheming, bombs, guns, etc. (although that’s not as unlikely as it used to be) but by the normal trappings of the way you live.

For example, toothpaste is a threat. Who has access to your toothbrush? What could they put on it to get rid of you? There are some toxins of which even a tiny drop would be very effective. Who knows about any vitamins or medication you’re on? How easy is it for them to tamper with it? Who knows what foodstuffs you prefer? Or where you shop? Could anyone have found indications of necessary medication in the rubbish you’ve thrown away? Who’s watching your movements in and out of the house? Are there any places on your route to work where you’re particularly vulnerable? Why is there a ladder against the neighbour’s wall? What’s in the box they’ve put out with their wheelie bin? And so it goes on through the day. Multiply all these questions by the number of people who have access to the various items and locations and you have a complex set of relationships – which generate lots of ideas. In my case, the answer to most of these questions is ‘My wife’ but fortunately she doesn’t read this blog.

So keep asking yourself these things and, each time you come up with an answer, always ask ‘But why would the person want to do that?’ Even the simplest action has reasons behind it and consequences. Ask what the reasons are and what’ll happen afterwards and you’ve got the beginnings of a story, or maybe the story itself.

See? It’s a nice game to play with yourself. And once that central departure point is set – the toothbrush, the bottle of vitamin pills, the tools in your garden shed – possibilities and consequences multiply. And you can start jigsawing together clues, red herrings, suspects and, most of all, characters. And pretty soon you’ll have the makings of a plot because, at least in my way of working, plots arise from characters, not the other way round.

Try it, and when you write the best seller as a result of using this technique, send me just a tiny percentage of the profits.
Posted by Bill Kirton at 3:48 AM

Good advice, Bill. If I ever write a besetseller with a toothbrush as the murder weapon, you can be sure I'll send you a tiny percentage of the profits. :)

I was referring to the standard royalty rate earned by us midlist authors, Bill. We can negoitate the royalty for the Kindle and Nook editions, which should be a wee bit more.

Ah, Bill. I thank you for this exercise in generating mystery plots, but what do I do about the sleepless nights that come as a result of thinking about all the possible ways I might be murdered?