The country I live in is a naturalist’s dream, a place where more than 1,200 new species of plant and vertebrate have been discovered over the course of the last ten years. That’s, roughly, one every three days.
The Amazon region alone consists of over 600 distinct terrestrial and freshwater habitats, from swamps to grasslands to lowland forests, and it houses an incredible 10% of the world’s known species. 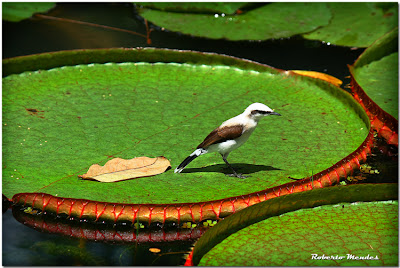 The Victória Régia, the Royal Victoria, is one of them. Its round leaves can attain a diameter of up to 2.5 meters (almost 100 inches), making it the largest water lily in the world. 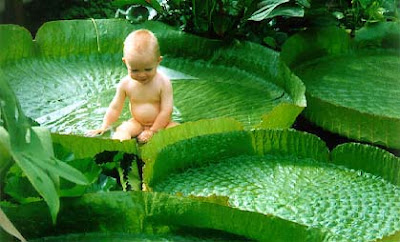 And those leaves, while floating, can support up to 40 kilograms (almost 90 pounds) of weight. 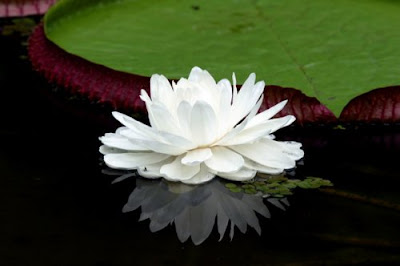 The fragrant flowers open only at night. The petals, when they bloom, are white, often a slight pink... 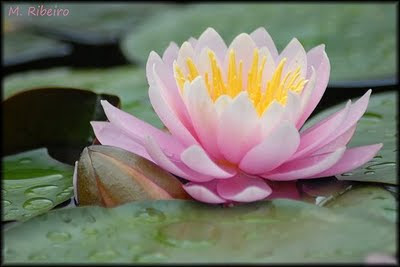 ...but turn darker as they age.

The plant was first brought to Europe by a German naturalist and explorer by the name of Robert Hermann Schumburgk. (And, no, that’s not a typographical error. That’s actually the way he spelled it. Schumburgk.) 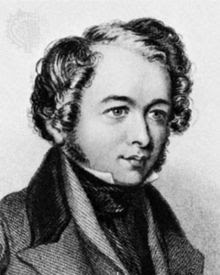 Herr Schumburgk, while poking around South America in the mid 1830’s, came across the plant and brought it back to the Royal Gardens, where he named it after the reigning queen. 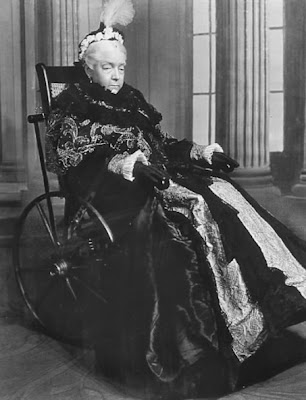 Her Majesty (shown here much later in life, but I liked the picture) was amused. She awarded him a knighthood.

The Indians of the Amazon, of course, had another name for their biggest water lily. That name translates (from Tupi-Guarani into English) as “the star of the waters” – and they tell a legend about how the name came about:

Back in the days when the world began, the moon, as dawn approached, would sink beyond the hills, there to consort with one of his chosen maidens. 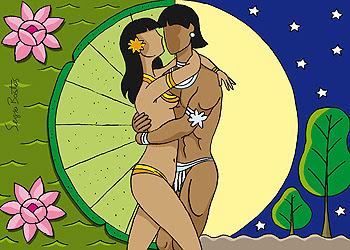 And, if he truly liked the girl, he’d transform her into a star in the sky.

Naiá, the daughter of a chief, and a princess of the tribe, yearned to be chosen. So, each night, when her parents were asleep, she’d climb into the hills and follow the moon. But he never paid any attention to her. Then, one night, she saw his image in the clear waters of a lake. Thinking he’d come to visit her at last, she plunged in – and was never seen again. 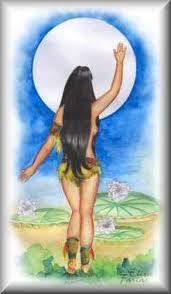 The moon was touched. To repay her for her sacrifice, he transformed her into a star different from the stars in the sky. He made her the “star of the waters”. And so was born the plant with flowers that only open at sunset, when the moon rises to dominate the sky.

What a lovely tale and photos, Leighton. You certainly prompt me to visit Brazil.

I love your Brazilian folk tales, Leighton--and your stunning photos. Thank you for sharing them!