One day, back in the early years of the eighteenth century, word reached the people of Guaratinguetá that 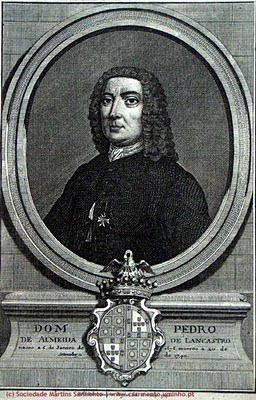 Dom Pedro Almeida, the new Governor of the , would be making a journey that would take him through their little village.
On the eve of the Governor’s visit, the local fishermen were recruited to secure fish for a banquet, something the nearby  provided in abundance.
But not on that day.
On that day, the 16th of October, 1717, there seemed to be no fish at all.
Then, just as it was getting dark, the three persistent men who remained on the water agreed to try one more cast. 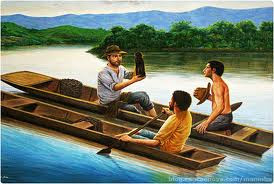 And brought up a statue from the bottom of the river.
The head was missing, and small enough to pass through the holes in their net, but it suddenly appeared floating in the water next to their boat - and they were able to recover it.
They wrapped both pieces in their shirts, cast again, and their net came up full of fish.
A miracle! 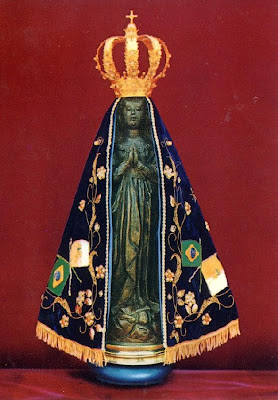 This is the statue, made of fired terracotta, some 40 centimeters in height, weighing about four kilograms, and now venerated as the image of the patron saint of , Nossa Senhora de Aparecida.
How she wound-up in the river, no one knows.
But, many years later, the clay of which she’s made was analyzed - and found to have had its origins in Santana do Parnaiba, a little town about a hundred kilometers away.
Which gave a clue to both her age and her authorship.
More than a century prior to the statue’s discovery there lived, in Santana do , a Benedictine monk and sculptor, Frei Agostinho de us.
The monk’s style is well-defined. His works display smiling lips, cleft chins, flowers, (and a broche with pearls) in the hair.
And all of those details are characteristics of the statue found by the fishermen.
The color of her skin, a golden chestnut brown, is thought to be symbolically linked to the Brazilian racial mix – and to one of the miracles brought about by the Lady’s intercession – the freeing of ’s slaves. 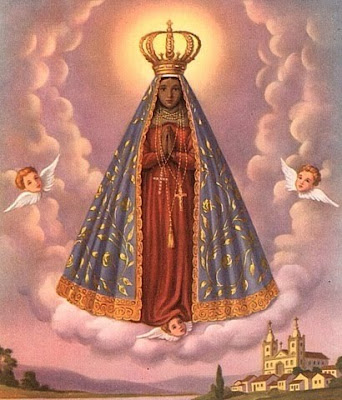 The influence of the cult of Our Lady of Aparecida upon Brazilian Catholic society can’t be overestimated. There are about 300 parishes dedicated to her – and five cathedrals. In addition, many towns are named after her and so are many Brazilian women and girls.
Her first church in Guaratinguetá was a simple chapel, built in 1737. In 1834 work on a larger church was begun, which became the “old Basilica” when work was undertaken on the “new Basilica” in 1955.
A walkway connects the two. 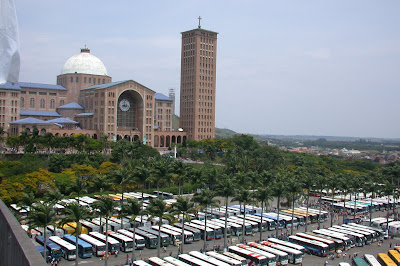 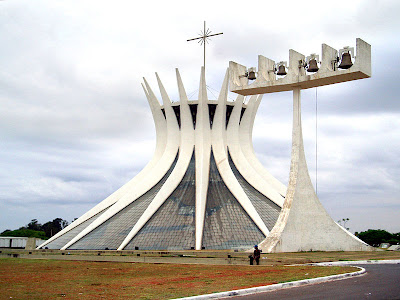 Here, however, is one that isn’t.
Another cathedral dedicated to Our Lady of Aparecida. 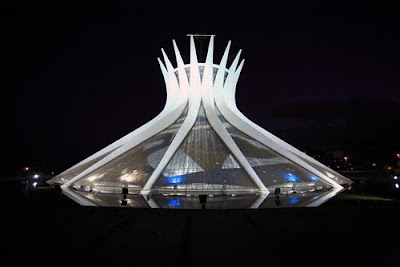 Most of the walls are of glass, so looks just as good at night as it does by day. 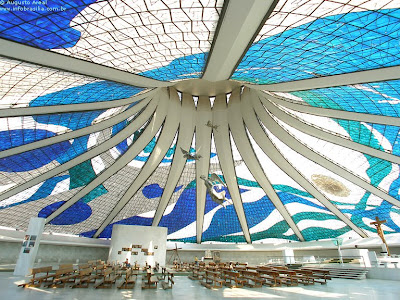 And from within, with daylight streaming through the glass, it's spectacular.
The building stands in the federal capital, , and was designed by Oscar Niemeyer.
A confirmed atheist.
Posted by Leighton Gage at 12:01 AM

Beautful pictures! Thanks so much for sharing them.

Beautful pictures! Thanks so much for sharing them.

Wow. I would love to see that in person. Love the story of the fishermen, too!