The flowers that bloom in the spring... 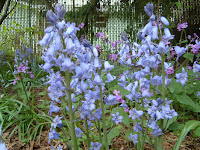 I love flowers, and growing things in general, and I always use plants as part of the setting in my books. Whether it's hedges wreathed with sweet-scented honeysuckle or scarlet poppies in a field, a meadow abandoned to stinging nettles or a wood carpeted with bluebells, using specific names adds life and colour.


Sometimes, plants can be used as more than part of the setting. In Anthem for Doomed Youth, for instance, a garden suggests the character of one of the victims--and that his widow isn't exactly heartbroken by his death:

Colonel Pelham had lived in a stuccoed post-war bungalow, painted a bilious shade of mustard yellow with a dreary olive-green front door. The contrast with the typical Kentish red-tile roof was particularly distressing.
The front garden was laid out with military precision. A rectangular patch of lawn on each side of the brick path had rectangular flowerbeds centred in each lawn, edged with low, rectangular box hedges, as was the path. The beds were planted with rigid rows of magenta rose-campion and sternly staked red-hot pokers....
...their ears were assailed by a well-bred but determined female voice floating out through an open window.
"Everything," it insisted. "The lawn, the box, the campion—hideous colour!—the lot. I'm putting in a forsythia, and rambler roses, and... What else sprawls all over the place?"
"But madam—"
"What else?"
"Well, buddleia, madam, an'... But they be mortal untidy, madam!"
"Just what I want, a bit of untidiness in my life. Nasturtiums! Trailing geraniums! You can start digging everything up, Johnson, and I'll get a book to help me decide what to plant."

Even the most beautiful garden can harbour a threat. Dead in the Water begins with Daisy's arrival at her aunt's riverside house where she goes outside:


Looking down, Daisy saw a spotted brown-linen rear end backing cautiously out of the rosebed, followed by a broad-brimmed straw hat.

"Hullo, Aunt Cynthia."
"I keep telling him chopping off their heads won't kill them." Lady Cheringham, straightening, brandished a muddy-gloved and clutching a dandelion with a twelve-inch root. Her lean face, weathered by decades of tropic climes, broke into a smile. "Hullo, Daisy. Oh dear, is it past four already?"

Daisy started down. "Only quarter past. The train was dead on time and your man was waiting at the station." On the bottom step, she nearly fell over a garden syringe.

"Careful, dear! I was spraying the roses, dealing death to those dratted greenfly, when I noticed the dandelion."

"Not deadly poison, I hope? It seems to have dripped on your
blouse."

"Never fear, however many we gardeners slaughter, there will always be more." She stooped to pick up a trug, loaded with pink and yellow cut roses, which lay on the grass at her feet. "As a matter of fact, I really just came out to deadhead and cut some roses for your room--" 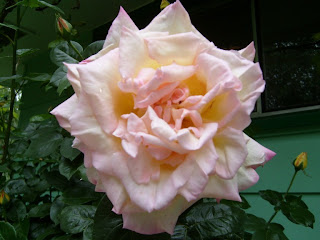 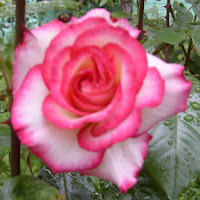 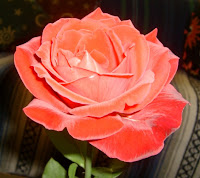 Nicotine is, of course, a deadly poison...

Gardens are a traditional place to hide a body. In The Winter Garden Mystery, I not only have a body buried in a flowerbed, but the flowers themselves draw attention to its presence:

"And that bush?" She gestured at an unhappy-looking shrub in
the middle of a bare patch of ground. "What's that?"

"It's terrible it looks. And where's the irises around it? Myself I planted them, the kind that's flowering now, and hardly any has come up." He stepped over the low kerb and picked his way carefully to the small bush. Most of its few remaining leaves were brown, except for one bronze-green sprig.

Daisy saw that the dark soil of the bare patch was broken by a few scattered iris shoots. "Perhaps a dog got in and dug them up and buried them again too deep," she proposed, though there was no sign of the earthworks usually left by an excavating canine.

Owen had dug a trench right across the bare patch of soil. He and Mr. Bligh stood at one end, gazing down with fascinated revulsion.

Owen knelt in the dirt. Reaching down, he moved something at the bottom of the trench. "Oh God! Oh God!" He flung himself backwards onto his heels, his arms across his face. "It's her. It's my Grace." 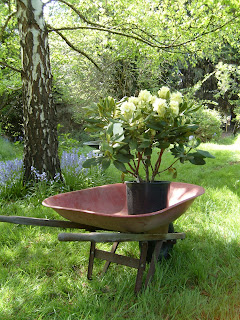 We haven't even begun to consider the many beautiful deadly blooms: foxgloves, angel's trumpet, oleander, lily of the valley...the valley of death!

PS. You may recognize the title as being from Gilbert & Sullivan's Mikado. After all, Mikado is all about deciding which of the characters is to be executed...

Gardens are actually very heavily laden with metaphor; there's the Eden one for a start. Look what crimes happened there - or say it is said (don't subscribe to it myself). And the Hanging Gardens of Babylon - both things of romantic ancient history and things built with the blood of slaves. I love gardens (cue a quote from Elizabeth and her German Garden which I shall spare you) but they come with so much mystery, history, romance and hard work that must seem effortless - or all the magic flies beyond the walls.

Gardens are actually very heavily laden with metaphor; there's the Eden one for a start. Look what crimes happened there - or say it is said (don't subscribe to it myself). And the Hanging Gardens of Babylon - both things of romantic ancient history and things built with the blood of slaves. I love gardens (cue a quote from Elizabeth and her German Garden which I shall spare you) but they come with so much mystery, history, romance and hard work that must seem effortless - or all the magic flies beyond the walls.

I love gardens and have a vision of the one I would like in the yard of my dream house, only I have the brownest thumb on earth, so a gardener would have to come with the package.