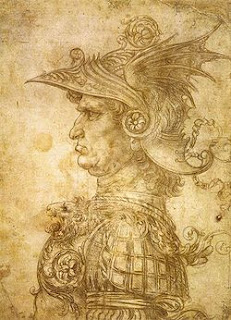 Mercenaries -- guns for hire -- have existed for thousands of years, dating back at least to the ancient Romans, but a recent website, sent to me by a former SEAL interested in a mercenary career after his military service, caused me to open my eyes. Here's the website. The World's Most Powerful Armies

I suggest you take a look, and I wonder if you're as surprised as I was. Yes, I'd seen the furor over Blackwater's activities, seen the hub-bub over private contractors' work in Iraq and Afghanistan. But, frankly, I had no idea the extent to which highly-trained retired warriors are being used and funded around the world. I had no idea the business of being a well-equipped mercenary is a growth industry.

But the trend makes sense. The military training our elite warriors receive is extraordinary. The SEALs, Delta Force, Green Berets, Marines, Revolutionary guards, Legionaries, etc. all receive rigorous conditioning, are mult-weapon functional, and the weapons available to these modern warriors are highly functional and effective -- deadly. Plus, there's a world-wide weapons trade to support them. Want to buy AK-47s in bulk? They're available just about anywhere. South and Central America do a booming trade in them. Want a rile that fires an air-burst, a round that sprays shrapnel above a target? It's available. Want a computer operated rifle, one that determines range and balances load automatically? It's available. Grenades? Sure, why not. A rocket launcher? No sweat. A battle helicopter, no problemo. A nuke? Who knows...

For years, we -- and others -- have been training and utilizing these highly effective warriors and incorporating them into a military machine like no other in the world. The best equipment: ordnance, weapons and protective equipment. The best conditioning: strength, stamina, stealth and speed.

And while we train our warriors to the nth degree, in the U.S. we tend to pay them squat and run them in and out of service. Plus, we saddle our soldiers with Rules of Engagement intended to walk the wavy, gray line of political correctness, a line that changes with the need to placate whomever our actions have offended. Then, when someone alleges we've violated an enemy's honor, or "tortured" however that term is defined, we investigate and vilify those we've hardened into effective soldiers.

Under these circumstances, why wouldn't our very best and most trained warriors decide to further their pursuits elsewhere, somewhere for instance where these oppressive rules don't apply and where the pay can make them rich? They'd be foolish to do otherwise. What else are these veterans to do? What's their job market look like in other endeavors? We've conditioned these people to kill quickly, silently and effectively. That's what they do best. And if we won't let them do it the way they've been trained, if we won't pay them for the risks they incur, and if we're going to give them proctoscopic treatment whenever they come back from a mission,  and provide them no jobs, why wouldn't they look elsewhere, utilize their skills in the way they know best -- and profit from it?

And hiring mercenaries offers our government, among others, an out. You can hire someone to do what you cannot do and then claim when you learn what they've done, that you didn't know. Torture is a difficult definition, one that changes over time. Water-boarding is now torture, so is causing pain or injury or putting a prisoner under duress. Playing loud, heavy music is torture. That one's obvious. You learned it from your teenager.

But these restrictions apply to our military, not necessarily to those serving as a contractor. Distinctions tend to blur when issues arise as to who did what to whom and under what authority and where. Employment and duty records may be kept overseas or encrypted. Access to them may not be possible. And whose law governs a mercenary in foreign lands?

And there's another benefit to our government. We can claim to the American people that we're leaving a country, scaling back our military, and then hire contractors -- albeit at higher cost -- sell them weaponry, even aircraft and artillery, and bury these costs under one of our many covert accounts. Want to claim we've left Iraq? Okay, just hire contractors to replace them.

Yes, Blackwater folded. But other similar training agencies and mercenary services popped up to replace Blackwater. Mercenary training and employment have become growth industries. Google "mercenary." You don't have to be more specific. You'll find all sorts of employment and training opportunities. As I said, a growth industry. And one that pays well.

Given this plethora of mercenary opportunities, and the growing trend of hiring them...everywhere, another natural question arises: To what degree are we fighting ourselves? In other words, a case of we train 'em, you hire 'em, for whatever, whomever, wherever. Sell them what they want and let them use it against each other, perhaps both sides funded from the same source: us.

Hamid Karsai hires these mercenaries and so do other Middle East and third world countries. It seems every petty dictator and dictator-in-training has them. And what's more, if Americans cannot satisfy international demand for them, there are plenty of third world nationals that we've trained and equipped who can.

Some may claim that mercenaries fighting mercenaries is the way battles should be fought. Not me. Mercenaries have loyalty to only one god: money. In many cases, there's no love of country or god; they'll fight for who pays them. And what happens if these highly trained warriors organize and decide to take over a country? There are certainly enough of them to do so, and they can buy the weapons they need on the open or black market.

Yes, Dick Cheney utilized mercenaries to good advantage, at least from his point of view. But Obama promised change. What change have we seen? While we've imposed ridiculous Rules of Engagement on our official troops, we've encouraged and turned the mercenary industry into a very profitable, growth endeavor. Indeed, covert operations and government lies about them are exploding like bees from a burning barrel.

Is this change we can believe in? Is anything about this trend positive? Frankly, the claims coming out of Washington are about as believable as the picture of President Obama riding in the back seat of the Chevy Volt he says he's buying. Right. Jammed in there with his Secret Service driver and agents. Comfy.

Meanwhile, I'm thinking of hiring my own mercenary. My driver's license needs renewing, and I don't wanna wait in line. I'll equip Chuck Norris with this: 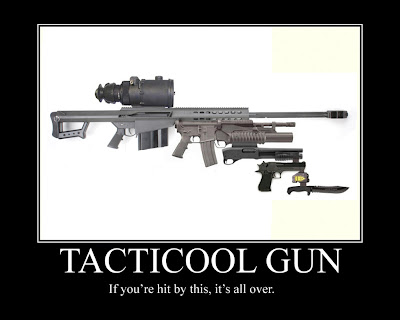