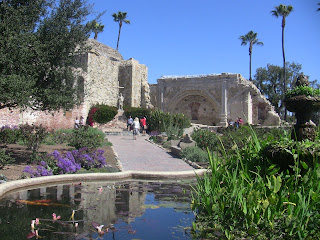 I'm on a signing trip and presently staying with my son and family in Southern California. We went to the Mission San Juan Capistrano in aid of a school project of my granddaughter's. The California missions were built in the 18th century by Spanish missionaries, known collectively as the padres, the best known being Padre Junipero Serra. They're set at intervals along the Camino Real, from San Diego to San Francisco. 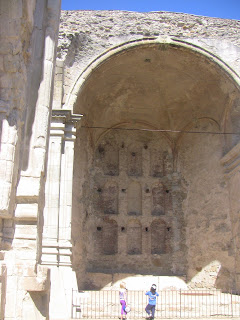 The Mision San Juan Capistrano had a fairly disastrous history, having been destroyed several times by earthquake and fire. Perhaps it was a judgment from above because the missions were built by the slave labour of the native population, in the old story of destroying their way of life in order to save their souls. 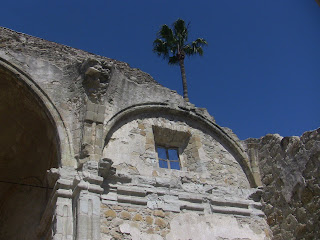 This mission may be the best known of them all because of the myth that the swallows return to nest on the same date every year, as glorified in song. In actual fact, the swallows start returning well before that date, but the tourists come to see them then anyway. In fact it was swarming with tourists when we were there. It's a pleasant enough place to visit, and the cloistered courtyards are beautiful, but you don't really get much sense of the history. 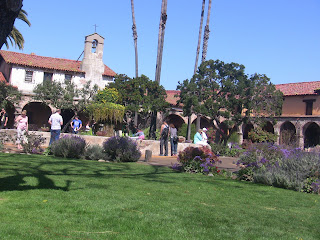 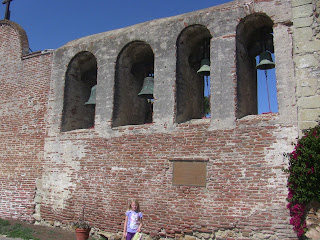 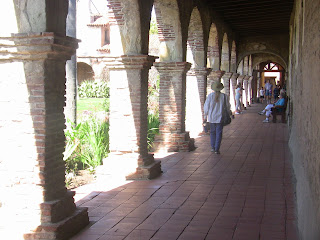 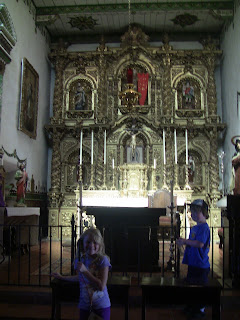 I love the mission and have taken tours of several others while growing up in southern California, especially the San Gabriel Mission. How any of them have survived the earthquakes is a mytery.

I know San Luis Rey best, and probably therefore like it best. I actually sang in a xmas concert in the church there with the local community college choir. But having grown up with the plain stone cathedrals of England, I find the churches too ornate for my taste.

What beautiful places you share. Thanks for taking us there.

I grew up in Orange County, and attended the mission school for Kindergarten and first grade. The smell of the pepper trees is still sharp in my memory. Thanks for the trip back! :)