War is for Winning 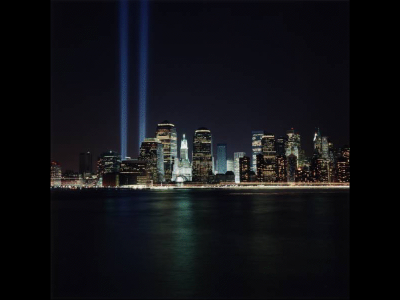 I generally sidestep political topics, but the possibility of entering yet another Middle East war demands that I shed my cloak of silence. At a time when our nation’s economy is suffering enormous debt due to war, how can our presidential candidates ignore this subject?

There are a lot of definitions of war, but most agree it is a conflict between nations or between parties within a nation, prosecuted by force and having the purpose of compelling the defeated side to do the will of the victor. General Patton put it a little more bluntly. You don’t win wars by dying for your country – you win by making the other poor bastard die for his. In this sense, the last part of the previously mentioned definition must be emphasized. Nations go to war to win. If the intent is to influence and not win, then it will fail with horrible and lingering ramifications. Anyone who doubts this has not been following our war in the Middle East.

World War II was the last true war to be fought with US involvement. Our survival was depended on winning. During this conflict, every theater had clear boundaries for opposing sides. Military uniforms defined the enemy, and mass casualties were expected on both sides. The only acceptable surrender was unconditional, and when the enemy was defeated, new political structures were put in place to ensure peace. A few years later, the US became involved in the Korean conflict to prevent the spread of Communism. A decade later, we began sending advisors into Vietnam to prevent the Communists from taking over the region. The end result is Korea remains divided at the 38th parallel, and Vietnam now is united and a thriving trade partner. Communist China has blended Capitalism into its society and is now an economic superpower that heavily depends on trade with the United States. A lot has changed since 1945.

But in recent years, it’s the Middle East that has consumed our politics and stifled our economy. Where wars were common between Iran and Iraq, India and Pakistan, and Israel and various Arab nations, the United States has spearheaded military involvement in nearly every conflict in this part of the world. In doing so, the US is often viewed as the catalyst for war occupations, not unlike those seen in medieval times. Granted, the unprovoked attacks on the World Trade Center and Pentagon sparked a military response in Afghanistan, but I remain confused over our invasion of Iraq. Would we have gone in if we weren’t already there? The same can be said for our involvement in Libya and our potential for involvement in Syria. Clearly, none of these nations requested our forces, and our continued presence can only lead to further economic decline while elevating our status as the world’s most despised country.

I don’t pretend to have all the answers. I only know that the apathy in this country has exceeded my expectations. While we continue to see Occupy Wall Street demonstrations, no one seems to care that our soldiers are dying every day in the deserts of the Middle East. To think the US can win loyalty by occupying a foreign country is ludicrous. To think we can buy loyalty by sending billions of borrowed dollars is absolute lunacy.

I am sending this to my elected representatives because it is time we insist on bi-partisan discussions about withdrawing from unwinnable wars. It is time we start taking care of our own citizens and realize that other countries must fight their own battles. It is time our presidential candidates stopped ignoring our wars and start bringing our entire force home. Russia learned this lesson after nine years in Afghanistan. After our experience in Vietnam, we never should have gone in without the intent to demand complete and unconditional surrender. Without winning as its goal, no country has any business being involved in warfare.

Permission is granted for anyone wishing to use any or all of this post to send to their elected representatives.
Posted by Mark W. Danielson at 12:01 AM

I agree, Mark. No wonder Ron Paul is spending so much effort to get his message across that we have no business interferring in other countries, unless asked to help. But the war machine is BIG BUSINESS.

Jean, I received only one comment back from my elected representatives regarding this topic. Sadly, our nation's apathy seems to match that of our policy makers in Washington.

I found the same thing when I wrote my representatives regarding suspension of military aid to Pakistan. Keep in mind that this was a cash transfer of $800 million with no requirements for transparency or accountability. I received one response, stating that Pakistan was an ally with strategic interests. Incomprehensible. In my opinion, every single person should HAVE to read Steve Coll's Ghost Wars.

I'm with you on this, too, Mark. And there's another dimension which makes it even more sickening and reprehensible - the real, underlying motives for these conflicts. If they really were humanitarian, they'd perhaps be a wee bit more understandable, but when they're triggered by corporate needs and overall self-interest, the soldiers are dying for shameful reasons - reasons which aren't theirs.

Bill, we're not alone in our thinking. USA Today founder Al Neuharth just wrote a piece titled, "Afghan war is hell; let's get the hell out." In it, he states, "Unfortunately, many of our political leaders listen to pro-war advocates with personal interests. President Dwight D. Eisenhower, who led us to victory in World War II, put it in perspective when he warned us about the 'military industrial complex' that promotes wars for its own benefit." A reecent USA Today poll said 50% of Americans want to speed up our troop withdrawal. Sadly, that poll means the other 50% are either misinformed, misled, or simply don't care.