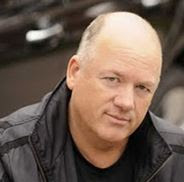 John Locke is the author of How I Sold One Million eBooks in Five Months, which includes more than a dozen thrillers and westerns selling for 99 cents.

John, why, after all your business successes, did you decide to write full time?

Actually, I’m still a part-time writer, with a full-time job that keeps me busy most days. But I’ve wanted to write books since I was in high school. I’m stopping to do a mental calculation. Could that have possibly been 43 years ago? Wow. I wanted to try my hand at writing all these years, but never got around to it because life kept getting in the way.

I know you write thrillers, but why westerns?

I had to pause just now to smile. Why westerns? Let me tell you something. Westerns are magic. When you read a western, you’re viewing the world in microcosm, because there’s a fixed time and setting, generally, with endless possibilities. The whole dynamic of a man and woman optimistically venturing into an untamed land with little more than a horse, gun, wagon, meager supplies…and a whole lot of courage—is the very definition of heroism. Courage is at the core of every western. And every good western offers adventure, heart, and a classic confrontation between good and evil.

How much research do you conduct before you begin a novel?

I do a lot of research, but try hard not to let it get in the way of a good tale. For example, my westerns take place in Dodge City, in 1860, and I describe a rough-and-tumble, bustling city in need of taming. Now I certainly know the first house in Dodge City wasn’t built till 1871, and it was a sod house. Why not set my story in 1876, when Dodge was exactly the way I describe? Because the other factual elements work for 1860, such as the terrible Kansas drought and the railroad and the stage coach lines and the trails and Indians and so forth. I could have invented a town or made my characters travel farther, but Dodge symbolizes everything I wanted in a western town, and it has name recognition.

My readers delight in the small things I point out that almost no one ever thinks about, like why Indians of the time were terrible at shooting rifles, or how dangerous it could be for a town woman to use an outhouse in the middle of the night, because where else would a bad guy lurk? But I don’t try to impress readers with the facts I uncover. I make the facts a part of my characters’ everyday life.

In your book, Don’t Poke the Bear, you talk about jail holes dug in the ground to house prisoners in Dodge. Did they actually exist or are your plots based purely on your imagination?

This is an example of the details I uncover and weave into my stories. It is true that almost no towns had jails in 1860. When a town did have a jail back then, it was literally a hole dug in the ground. But in Kansas in those days, it was very difficult to dig deep holes because the ground was often hard, and it was a rare settler who owned a decent pick and shovel that wasn’t damaged!

Do you feel that bringing back “adult Westerns” of the 1980s is going to revive the genre?

I’ve never read any adult westerns of the 1980’s, so I can’t say. My westerns are certainly adult, but they’re intended to be more fun than adult. They’re outrageous, and meant to be read with a smile. My goal is not to change westerns or revive them, but to breathe some new life into a genre that is uniquely American. My thriller readers know I have a soft spot in my heart for my westerns, and many don’t understand it. But I love them, and they make me happy in a way my other work doesn’t.

Why are there women's legs on all your book covers?

This was my publisher, Claudia Jackson's, idea. When I told her 75% of my readers were women, she said we should use women's legs on the next cover, because women are naturally drawn to other women's legs. I thought it was a clever idea, like a brand, so we decided to do all the covers that way. Now, when people see women's legs on a book cover, they know it's a John Locke book. I get publicly criticized for it sometimes, but my readers know it's all in fun. Also, we put a little number on the cover of every book so readers will know which number in the series that particular book is. It's sort of like a "Where's Waldo" but not hard to find! In Vegas Moon and A Girl Like You it's part of the boot. In Now and Then it's in an open coconut!

What’s the most important promotional activity a writer can conduct to make the public aware of his or her book?

Writing a personal blog in your unique voice, and getting it read by your target audience. I explain exactly how to do this in my new marketing book for authors titled, How I Sold 1 Million eBooks in 5 Months.”

Do you feel that ebooks are going to eventually eliminate brick and mortar bookstores?

The word “eventually” makes me lean toward saying yes. Until recently I thought book stores were like movie theaters, meaning there are enough people who enjoy the movie experience so much they’re willing to pay a premium for it. But that’s no longer a fair comparison to bookstores. Movies cost a fortune to make and distribute, and require the efforts of many people to create, which means high quality production can only be achieved a couple hundred times a year. But high-quality ebooks can be created by tens of thousands of excellent authors and distributed instantaneously throughout the world for a one-time cost of a few hundred dollars.

If writers follow your success plan to the letter, what’s the most they should charge for their ebooks?

Which social media outlets do you feel are the most important to further an indie writer’s career and how much time should he/she spend networking on the Internet?

I’m a Twitter guy. Facebook is probably good, but I prefer the Twitter experience. I don’t know the other outlets. If an indie writer is working social media effectively, he or she can tie a dollar figure to every hour spent at the keyboard. Let’s assume that dollar figure is $50 an hour. If I paid you $50 an hour to work at your keyboard, how many hours would you devote? The key is to learn what each hour of your time is worth. You can’t base it on what it’s worth this week. You need to compute it over the lifetime of the sales. Maybe in the past hour I met someone on Twitter who invited me to do an interview, and that interview resulted in twenty sales. And those twenty people each told three friends who told three friends. And then they all bought my other nine books. What was that hour worth to me? If I did the math correctly, it’s around $910. Maybe I worked another four hours today and generated nothing. Was it a good five hours of work?

Everything I do can be found in one place: www.SavingRachel.com. When you go there you’ll see my books, my blog, my book synopses, reviews, trailers, and interviews. I hope your readers will stop by, take a look, and say hi.
Posted by Jean Henry Mead at 12:01 AM

Thanks Jean, John. All good information. We should all be so successful.

Good interview, Jean. And John,thank you for sharing your time. I bought your book on your book marketing system and appreciate the detailed advice.

You may not enjoy his fiction, but his marketing advice is spot on.

I grew up reading my grandmother's Louis L'Amour books, so I will have to check out his westerns. Sounds like he's done a lot of good research.

Really good interview John and Jean. I loved hearing about your westerns, John, and intend to download one. I've already bought and read your marketing book and found it very helpful.
Best to you both,
Jackie King