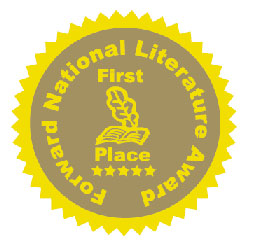 I wrote this before reading June's posting last Saturday so it's serendipitous that it turns out to be my extended answer to the question she posed. First, though - Cliché alert – ‘No two writers are the same’. OK, good to get that out of my system, but there’s more because I also think that ‘No ONE writer is the same’. Here’s what I mean.

We all know the publishing business has changed significantly and increasingly quickly over the past five years or so. When I started writing novels as opposed to plays, you polished your MS, printed out a copy (not cheap if it ran to 300-odd pages) and sent it out to agents and/or publishers. Postage wasn’t cheap either, (you also had to cover the costs for its return if they didn’t like it). Then, through the (sometimes) months you waited for them to reply, you got on with the next novel. Meantime, you also had your day job and you were a husband, wife, lover, significant other, hermit, father, mother, son, daughter, outcast, or whatever other roles your social situation imposed on you. See what I mean? There were (and are) several people inhabiting your body. But, back then, the writer bit was just that – you wrote, sent your stuff away, waited patiently but eagerly for a reply, got rejected and did it all again.

Today, though, even that writing bit has fragmented. Being a writer doesn’t just involve the one role. There’s still the writing (the best bit), but there’s also:
I exaggerate, of course, but only on the basis of fairly common experiences shared by many.

But why am I saying stuff you all know anyway? Because what I’m really doing (with very little subtlety) is boast. I’ve already sent out a few tweets and FB comments saying how wonderful I am, and this is another because yet another ‘self’ has been added to my list. I am now … (discreet but still quite loud fanfare) … an ‘award-winning author’. My publisher, Diane Nelson of Pfoxmoor Publishing, submitted two of my books to the 2011 Forward National Literature Awards. The Sparrow Conundrum was the winner in the ‘Humor’ category, and The Darkness came second in the ‘Mystery’ category. OK, trumpet blown, so what?

First, the news made me behave like a six year old on Christmas Eve. And yet, objectively, I’m not comfortable with the idea of ‘competitive literature’. Even though I know there are terrible novels out there as well as terrific ones, I applaud anyone who’s had the stamina and the commitment to actually write one and see it through to the end. But if I deny that it’s a competitive business, where do sales figures fit in? In the end, being able to add that little ‘award-winning’ tag to me and two of my books theoretically gives me a wee marketing edge. I say ‘theoretically’ because I don’t yet know whether that’ll be the case and, anyway, it’ll be up to me (the sloth) to make it happen.

Perhaps more importantly, though, it opens up another tricky area when it comes to the various ‘selves’ I was speaking of. My two awards were for very different books. The Sparrow Conundrum is a spoof ; its sole purpose is to make readers laugh. The Darkness, on the other hand, is a stark revenge/vigilante story with a pretty chilling resolution. It's still got jokes but its intentions are darker. So what does that make me? A funny man or a scary man? And what about the other stuff, the police procedurals, the historical, the non-fiction and the kids’ books? Multiplying your ‘selves’ can be counter-productive.

Readers, naturally enough, like to know what to expect when they buy a book. If they’ve enjoyed your gore-saturated slasher mystery, they’ll probably feel cheated if your follow-up is a light-hearted romantic romp through the tulips. In a way, then, they impose an identity on you – and they have every right to do so. But what happens if it’s not you but the characters in the follow-up who decide that they’ve gone off the idea of being serial killers and instead want to fall in love and skip through a field outside ?

As I keep saying, ‘Hell is other people’ but it’s also readers and our characters.

On the other hand, to end on another cliché, I wouldn’t change it for the world.
Posted by Bill Kirton at 1:24 AM

Well said, Bill. I've encountered my share of hellacious people lately and writing has been my savior. Thanks for this post.

Thanks Jean. The irony, though, is that, while I agree that writing is a form of salvation, it also exposes us to the whims and vitriol (as well as the kindnesses) of ... well ... everyone and anyone.

Congratulations on your awards, Bill. Being able to add that descriptor is bound to help with the marketing side of things--which one always hopes will result in more time for the writing.

Thanks Beth. Your point about getting the right time-balance between marketing and the actual writing is spot on. I wish my 'writer-self' could steal more time from my 'marketing-self'.

Me too, Bill! But, above all, I wish my day job self would give more time to my writer self AND my promoter self.