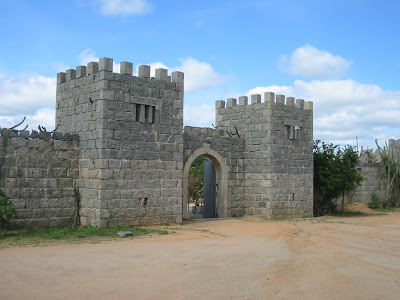 Pictured above, is one of the seven gates to New Jerusalem. 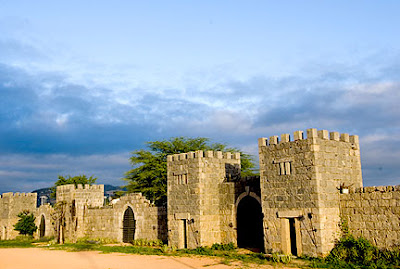 All of them constructed out of stone.
As are the walls that connect them.
Looks like a city in the Holy Land, doesn’t it?
In fact, Nova Jerusalem (as it's rendered in Portuguese), is the world’s largest open-air theater. 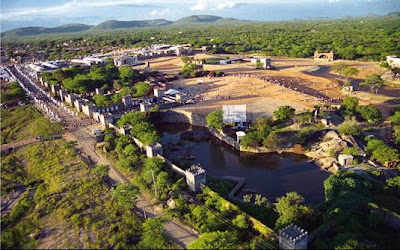 It consists of an area of over 100,000 square meters, surrounded by 3,500 meters of walls and 70 towers, all constructed to duplicate the walls and towers of Jerusalem at the time Christ was crucified.
It’s a bit smaller in scale, only about one-third of the size of the original, but it’s still pretty impressive. 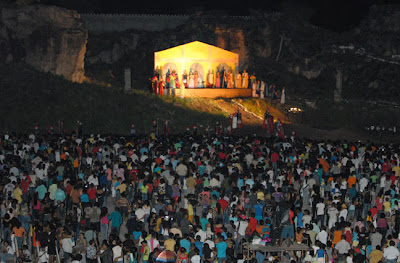 The theatre stands  some 180 km due west of Recife, the capital of the Brazilian State of Pernambuco.
And Recife, my friends, is about 1,900 km to the North of Rio de Janeiro, which really puts this New Jerusalem off the beaten track. 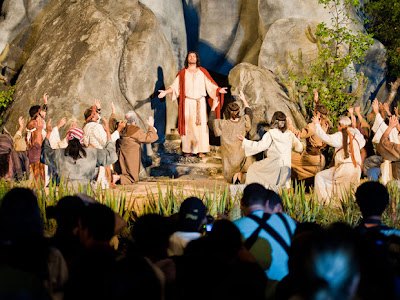 But each year, during Holy Week, thousands of people gather there to witness Brazil’s most famous Passion play. 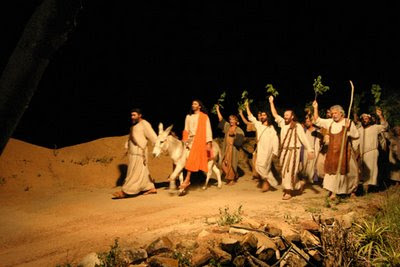 And each night, beginning at six pm, about 8,000 spectators spend two hours walking a four kilometer path within the walls. 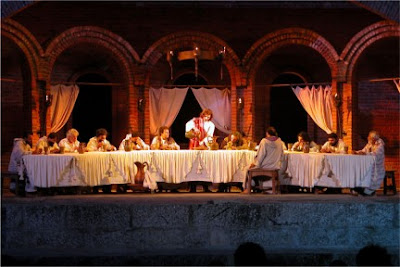 The path takes them past nine permanent stages. 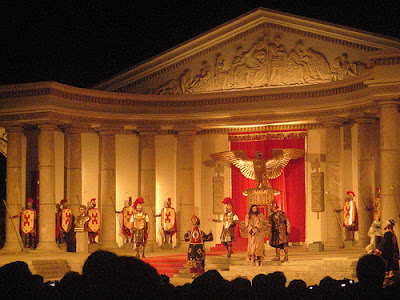 At each stage, they witness 60 key actors, and as many as 500 extras, act out the key incidents in the last week of the life of Jesus. 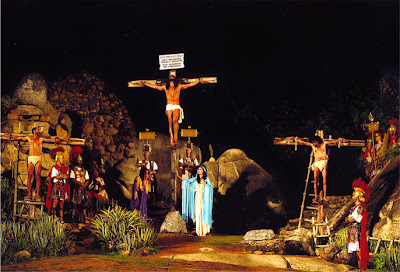 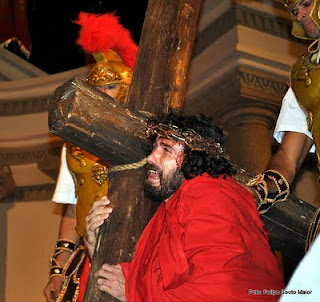 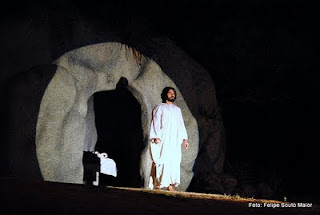 It's all presented with digital sound and spectacular lighting effects.
And some of Brazil's most famous actors have roles 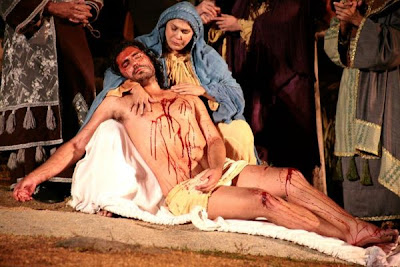 If you’ve been to Greece for Easter, visited Seville during the Semana Santa, and caught the passion play in Oberammergau in 2010 (they only do that one every ten years) you might consider making New Jerusalem the next one on your list.
Posted by Leighton Gage at 8:50 AM