Spell Check Can't Save You 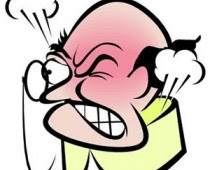 Ever find a typo in a published book? Most people have, and if it’s in your book, you’re mortified. How does it happen? Simple -- computers have made writing so easy that we get lazy. We are so used to reading and writing at the speed of technology that we tend to miss things. The up side is we can type at our thought’s pace. The down side it errors are easily induced.

If you’re like most authors, you use Spell Check and Grammar Check to proof your work. But what happens if your words are spelled correctly and are grammatically correct, but the wrong one was used? Then there’s a good chance it may come out something like this:

“What do you mean he’s dead?” she screamed. “He said he was heeled!” After saying that, she collapsed over his body and wrapped her arm around his waste, feeling the last of its warmth.

The doctor tried consoling her, but she pushed him away. Her actions shouldn’t have phased him, but instead they peeked his interest. “Wear were you when this happened?”

“In bed, of course. He swore he was fine, that the stitches wouldn’t rip, that it was okay to make love. But soon he screamed in pain. I wanted to poor him some water, but he declined. When he winced again, I called 911 and told them their wasn’t a second to lose. Oh, God, what will I do without him?”

“I’m not sure, but you need to weight outside. I’m very sorry for your loss.”

Without claiming this to be great dialogue, it does provide an example of ate dictionary words that sound the same, but are not the intended word. Subconsciously, it’s easy to induce errors, and while most are easily discovered, others sneak in like ants. As you can see, the wrong word can create entirely different images from those intended.

But incorrect words can also be the result of typos or mistakes, and Spell and Grammar Checks probably won’t save you on these. One book I recently finished contained several such errors. In one case, the character is firmly gripping another’s hand demanding he “Sweat it!” Certainly, the intended word was “Swear”, but the error remained. Bummer. The next mistake in this book involved naming the wrong President. The timing and all previous references were of Nixon and Johnson and the author certainly meant to name Nixon, but instead Reagan appeared on the printed page. As Rick Perry would say, Oops.

Writing is easy, but creating an error-free novel seems next to impossible. The solution? Once everything is finalized, find yourself a good proof reader who has never seen your work before. Then, and only then, do you have a chance at submitting an error-free manuscript. Happy hunting.
Posted by Mark W. Danielson at 12:01 AM

I think typos breed as fast as fruit flies, Mark. Let me give you my best and worst examples. Worst? I co-wrote Just Write with a friend. It was proof read several times by both of us as well as by two copy editors at the publisher's. My brother thanked me for his copy, said nice things about it, but pointed out 2 typos - one of which involved omitting the word 'not' which, as a consequence, made the sentence say the opposite of what we intended.
The best? Well, I was in a hurry to finish a short story and, as I typed 'baked beans' my finger hit the letter to the right of the first b. Luckily I spotted that one.

Bill, I smile every time I see a typo in a published book. My goal remains to write an error free novel. Aren't lofty goals wonderful?

Didn't anyne ever tell you, Mark, that there are no error-fre books. Good luck trying. :)

Jean, was your "error-fre" typo intended to reinforce my point, or were you writing with a French accent? :)

I was being facetious. :)

Did you purposely put a typo in the last sentence of the first paragraph of your post?

Chester, this is one case where all typos were intentional. Anything beyond this post are not.

I wish I could say I've written an error-free novel, but that would be like claiming I've flown a perfect flight. Should that ever happen in writing or flying, I'll give it up because if can only go downhill from there.

It's good to know I'm in good company in the unintentional error department. :)