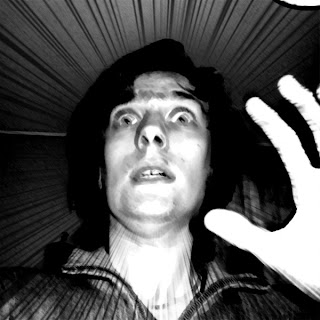 Could a small caliber bullet, fired by your protagonist or bad guy, and striking a victim in the chest or even liver, kidney or speen, cause immediate brain death?

You betcha. It's called hydrostatic shock.

I thought about following my handgun tips blog article with one about rifle tips, but quickly realized the subject is much too complicated for blog treatment, so instead, I decided to focus smaller: on the .22-250 round, a relatively recent vintage (1965) cartridge that provides some interesting dynamics for shooters and crime writers alike.

When most folks consider a .22 cartridge, they think of either the tiny rimfire .22 Long Rifle (.22LR) or the NATO standard .556x45mm (.223 Commercial) round, vastly differing cartridges. The .22-250, a centerfire round, is similar to but faster than the NATO round, the one fired by our soldiers' M-16s. While the bullet weighs about the same as the .22 LR bullet, that's where the similarity ends. (The term "rimfire" means the primer is on the outside of the cartridge bottom, along its circumferential rim; "centerfire" means the primer is in the center.) Rimfire cartridges use different powders than centerfires, and are much less efficient, because not all the powder will fire. The firing pin strikes only one spot on the outer edge of the cartridge.

Think about it. High school physics...

Generally, rimfire cartridges are reserved for plinking or small game. They're not very effective beyond a hundred yards, and at that distance, one can shoot and watch and wait for the bullet to hit something. In other words, it's a slow round. And guns firing a .22LR bullet often are ammo-sensitive. Feed problems and jams are common.

Most hunting cartridges are centerfire. Feed problems aren't usually experienced, and the rounds are more powerful, as one can mix and match bullet, brass, primer and powder to the twist rate of a rifle barrel's lands and grooves. Bullets spin in gun barrels. The twist rate is expressed in the number of inches required to turn the bullet once. Faster twist rates, like one in twelve, are reserved for light bullets; heavier bullets require a slower twist rate to stablilize. Twist a round too fast, it will disintegrate; too slow it will wobble.


The pictures and dimensions above contrast some of the differences between the .22LR and the .22-250. While the pictures are not on the exact same scale, they're close to actual size, and one shows a centerfire primer, which of course is struck by the rifle's firing pin, distributing flame to fuel evenly.

Whoosh! More than three times the speed of sound.

And look at the energy differential. Whamo!

Which brings me back to Hydrostatic Shock, admittedly an oxymoron. If something is "static," it's in a lack of shock state. It would be more accurate to call this effect "hydraulic shock," but the term has been with us since World War II, when the effect was first studied.

What is the Hyrostatic Shock Effect? Simply put, the sudden pressure wave within a body caused by a speeding bullet, a pulse dynamic enough to cause a pressure surge through all nearby organs and vessels. Impact damage. Immediate. Like the fake flying-backward-from-a-gun-blast routine you see in movies. While such nonsense may fly in Hollywood, the real pressure surge, the real energy, is felt within the body, to soft organs, vessels and tissues, not upon the body. The faster the bullet, the more "hydrostatic shock" experienced by the victim.

Some vessels will surge, some will drain. If the brain doesn't die from exploding, it's starved within seconds.

Either way, you're dead. Just ask the FBI, who lost a bank robbery gun battle in the 80s, the gun fight which led to the development of the .40 S&W handgun cartridge. An agent struck in the neck by a robber's rifle cartridge died from Hydrostatic Shock.

A wildcatter developed the .22-250 round, somebody experimenting with bullet weights, powder and casings, to achieve faster, flatter-trajectory rounds. And this wildcatter scored. The .22-250 round is one of the fastest, most accurate commercial rounds available, even at distance.

A comparative example may be helpful. Yesterday at the range, I fired my scoped Savage Model 12 in .22-250. Brand new rifle, and I had to break in the barrel, a process of firing a round then cleaning the barrel, practiced over and over again. After I zeroed the rifle at one hundred yards, a friend and I shot at two hundred yards, a distance at which I couldn't even see the target bull scope-unassisted. He fired a scoped .22 LR lever action rifle. To reach paper at that distance, my friend had to point his rifle's muzzle into the air, and none of his shots -- he's a better shooter than me -- struck any part of the bullseye.  Meanwhile, I put shot after shot into the bull's ten ring center, some bullets passing through the same hole. Indeed, in one five shot group, I had three ragged-holes joined together. Sub-Minute of Angle.

Granted, with a bullet weight ranging only between about 35-40 grains, wind comes into play. But the trajectory of the .22-250 is so flat and the bullet so fast, it punches through the wind, being thrown off trajectory only when its energy flags. We're talking long distance, here. Like eight hundred yards.

Pack this speedster with a synthetic-tip or other expanding bullet, and you can imagine the trauma a smacked organ experiences. If blood-rich, the pressure wave will flood or drain the brain. While the victim might die slowly from blood-loss, anyway, Hydrostatic Shock may cause death within a moment.

Google .22-250 and you'll find references to Hydrostatic Shock. You'll also find a video of a prairie dog hit by this round.

And just try to identify the bullet. Try to find it. The bullet either disintegrates within the human body, or it passes through, continuing on its run.

The .22-250 is usually considered a varmint round, suitable for long range prairie dog, rabbit and coyote hunting. But this round has killed deer, large ones.

Is there a Firearms for Writers e-book in the wings? Because I would totally buy one.

Not a bad idea. Who knows? Been thinking about it. Thanks. Did a little gunsmithing tonight...or rather watched a buddy do it. My machining skills suck. Don't know how I passed Shop class. He's going to show me how to load some rounds, then we'll work on a blend our rifles like. Accuracy depends on the details, both gun and mental. And oh by the way, there is no better trigger than the Savage AccuTrigger. I just wish they had it on all models. Don't need to know the details here, what makes it so special, but in reality, it's the touch, the knowledge of exactly where the trigger will break that makes it so good. That and the fact it's adjustable. Out of the box, the AccuTrigger is usually set at about three pounds, maybe a bit less. Just where I like it. I doubt I'll make any adjustments at all.