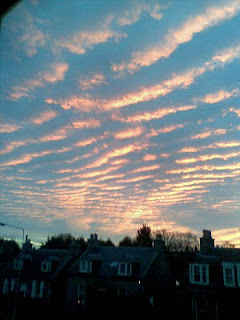 I want to continue the theme of my last posting (about Susan Boyle), but with a twist because, not long ago, a couple of titles for possible TV shows came into my head and I realised I was being led by a greater power to duplicate the career path of Simon Cowell. For any of you unfamiliar with this colossus, he’s the creator of many varied TV reality shows which have been franchised world wide and which work on the premise that people will do more or less anything and submit themselves to the grossest humiliations simply to be on TV and get their 70-odd seconds of being a celebrity.

Anyway, Simon Cowell is immensely, obscenely, unforgivably rich – which was apparently his stated ambition when interviewed near the start of his career. And the good news is that, thanks to my late night Damascene event, I’ll soon be up there with him, gate crashing the pages of Forbes Magazine. Why? Because of ...
MY SHOWS.

KIND DATE
That was the first title that swam into my brain and the idea is so simple I’m surprised Simon hasn’t already copyrighted it. On stage, the presenter introduces a guest. Hidden from presenter and guest are three individuals sitting on stools (or perhaps in beds or wheelchairs – the reason for this alternative will become obvious as I outline the nature of the game). If the guest is female, these three are males and vice versa.

The guest is gorgeous, intelligent, sexy, desirable etc., etc. The hidden individuals are the opposite. They’re ugly, misshapen, have the intelligence of earthworms and no discernible value in any area of human endeavour. All they have to do is answer the guest’s questions and then, on the basis of the intelligibility of their answers, the closeness of their vocal responses to ‘normal’ or whatever other criteria the guest wishes to apply, he/she selects one of them, the screen rolls back and the two are properly introduced and given the wherewithal to go on a ‘Kind Date’.

They return the following week to give their separate accounts of the evening spent together. The guest’s tale will be one of disgust, embarrassment, superiority and a confirmation of his/her determination never to frequent the lower orders again. His/her date’s tale will be one of shattered dreams, humiliation and a confirmation that he/she has no place in decent society. It’s entertainment which fits perfectly into contemporary social mores.

THE EX FACTOR
(I accept that this is rather close to a title already copyrighted by Simon but I think even he will accept that the format is just different enough from his own to carry it off.)

At first, it’s a straight copy of the original. Contestants will audition at various centres around the country in the hope of being selected to feature in the actual shows. The ones who succeed will duly appear on stage before a huge audience and a panel of celebrity judges drawn from a short list of tone-deaf singers, middle-aged show-business men and young women with lots of make up, long hair extensions and big breasts. And me.

Each contestant will come on stage and describe him or herself and his/her achievements (if any). They won’t be required to sing or dance or demonstrate talent of any sort. This is a show about them, not their foolish, irrelevant attempts to be entertaining.

When they’ve finished their little self-portrait, the judges will take turns to comment on their character and (lack of) personality but there’s a twist. The one voted off each week will be the one who is potentially the most interesting or deserving one. Given the exhaustive elimination procedures which have preceded their selection this will make judging difficult because the contestants really will be the dregs, but that’s how we’ll earn the vast fees we’ll be paid.

The final show will consist of a face-off between the three contestants who really have nothing at all to offer. All charisma will have been discarded at the audition stage and any vestiges of personality will have been identified and ruthlessly expunged by the judges, who will then have their final say. It will be left to me, as the game’s inventor and the richest person on the panel, to step onto the stage, announce the winner and tell him or her why he/she should never have been born. And that will be the year’s Ex-Factor.

There are other formats in the pipeline – Britain’s got Malevolence and Big Stepfather are just two of them – and as soon as the viewing public experience the new depths which TV can plumb, I’m certain they’ll be clamouring for more. Truly Britons will once more be able to echo Wordsworth’s:

“Bliss was it in that dawn to be alive
But to be young was very heaven.”
Posted by Bill Kirton at 12:01 AM

Sadly, I predict the shows will become hits and you will be a multi-gazillionaire. You will go on a new reality show called Death Island where participants kill off one person each week. You, clearly will have the inside track to survive and will be the one expected to win in the Vegas odds, but, alas, the other contestants are those which where kicked off your reality shows.

Cruel, Helen. I hadn't thought of that.

As a confirmed non-watcher of reality TV, I can only assume that yours will be the essence of the genre and greatly please those who have nothing better to do than watch such foolishness.

Bill, I just wish you would learn to express your true feelings:)

Chester, you, I and our ilk are in the minority, I'm afraid.