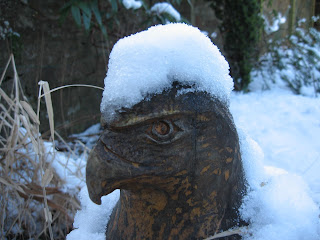 Shane’s recent blog about TV made me realise how little of it I watch nowadays and set me thinking about why there’d been such a change. And I think one of the reasons is the preponderance of ‘reality’ TV shows. I think it maybe started with Big Brother. I watched tiny bits of the first ever series in the UK and remember nothing of it. I do, however, remember channel hopping when the third or fourth series was on and coming across what I thought was a hilarious spoof version of it. The characters were so inane, their conversations so dull, so lacking in any redeeming features, so devoid of interest that I was lost in admiration of the writers. (You know where this is going, don’t you?) The problem was that the sketch/skit went on too long and, after a few minutes, I realised that this wasn’t a spoof; it was the actual thing.

OK, that’s not a crime. The inmates weren’t chosen for the contributions they might make to the sum of human knowledge, but the thought that people were sitting watching this night after night, finding these people more ‘real’ than those in the world around them was depressing. Then along came Susan Boyle.

By then, I was already watching very little TV, and certainly not the stuff generated by cynical exploiters of ‘ordinary’ people, so I hadn’t heard of her until a visiting American friend ( a good, sensitive, intelligent, caring friend) described watching her on TV in the USA. She was careful to set the scene, talked of Ms Boyle’s dress, bad hair, whiskers, and how she seemed generally to be an embarrassment to the human race. Then came the revelation of her voice, and she became an angel.

So, encouraged by the friend, I duly watched her performance on YouTube – and it was very, very depressing. Not because of her. To me, she sounded fine, far better and more powerful vocally than most of those who churn out regular hits. No, I was appalled by the audience’s and the judges’ reactions to the way she looked and to how they reacted to her apparently gauche attempts to inject some personality into her presence. (I say ‘apparently’ because Ms Boyle obviously knew she had helluva voice and that the people in the audience making faces at her and conveying their confident superiority over her to one another would soon be silenced. In her way, she was as manipulative as Cowell and the rest – and good for her. Her ‘manipulation’ was without malice.)

So, in the end, she triumphed. In fact, she triumphed rather too quickly for comfort. No sooner had she belted out the first couple of notes than the audience was baying its approval and the judges were doing their ‘gosh, what a lovely surprise’ faces. She was immediately ‘forgiven’ for being so physically repulsive (or whatever their previous sneering at her implied).

I don’t think she’s repulsive. Of course she isn’t – but the whole Susan Boyle phenomenon hasn’t arisen from the fact that she has that voice, but from the implied gap between it and her unprepossessing appearance. If she’d slapped on some make-up, bought a new dress and played herself as the shy, quiet individual she is, she’d probably still have got their votes, but it wouldn’t have been good television. So the producers had to contrive the Quasimodo effect.

But why is that so depressing? Well, watch the clip and pause it before she starts to sing. Look at the carefully chosen images of the reactions of everyone else there. Without exception, there’s total scorn for this person standing before them, a preening, sneering rejection of her, a reduction of her to a figure of fun – based on what? On the fact that she has no dress sense, that she apes the confidence of all the other wannabes who strut across our screens, that she’s a middle-aged virgin from a small Scottish town.

I really do hope that she was canny enough to have chosen to project this image of herself deliberately. I want to believe that Susan Boyle manipulated Simon Cowell. But even if that’s true, the initial images of the baying, self-satisfied citizens so devoid of compassion confirm that her victory is a small one and that we’re losing more and more of our humanity. Those few minutes made Susan Boyle a winner, but the few seconds of pre-voice reactions and the patronising nonsense the judges poured over her afterwards took any meaning out of her victory.

The glut of reality TV shows seem designed to highlight the worst aspects of our attitudes to one another and I find it hard to think of that as entertainment.
Posted by Bill Kirton at 6:41 AM

Bill, I seem to remember an old saying, "Don't judge a book by its cover." Of course, it equally applies to people.

There was a lot of manipilation and fraud in the case of Susan Boyle. Clearly, the judges must have seen her prior to her performance for her to be on the show. Regardless, Susan came out ahead.

In the US, the so-called reality shows stemmed from a writer's strike. Then the networks realized they could cheaply produce garbage called reality TV and suddenly everyone in the human evolution chain are featured in their own shows. Even worse, these people believe they are heroes, even though they have little to offer society.

Reality TV is a travesty, but as long as people watch, we can expect to see more. I'm still waiting for Bigfoot's series. Now, that might be worth my time:)

I don't even own a TV--haven't had one for a couple of decades. I hear about occasional programs I'm sorry to miss--but not that often!

It's no coincidence that the lion's share of successful singers are also attractive, which is bizarre inasmuch as we're supposed to be admiring them for their voices. I have a daughter who is just now entering into the fashion/appearance stage and what she sees on TV certainly doesn't help matters.

The reality boom is just further evidence of the dumbing down of entertainment. Although Mark, I will say, I too would tune into a reality show about Bigfoot. You know it's said that you can smell one from more than a mile away. I bet Ben would know just what to shoot it with too!

Well, Mark and Shane, when you pitch your Bigfoot format successfully to Fox, I'll be happy with a small percentage.:)

Seriously, dumbing down seems hardly strong enough to suggest what's happening. And yet a surprising number of cultured, intelligent people enthuse about some of these shows.

As you suspect, Carola, you're not missing much.

I agree that there isn't much on TV worth watchng but I love Susan Boyle. From her comment to Simon Cowell after her first television performance ("Oh, come on, Simon") I suspected that her appearance had been staged, but I believe that she's a genuine talent and that Cowell took advantage of her naivete.

I would gladly watch a reality show about Bigfoot.

Bill, I too was appalled by the audience's and judges' initial responses to Susan Boyle. It showed a layer of cruelty that's depressingly close to the surface in too many people. I'm sure the "revelation" was staged, but I was happy to see that moment when she showed everyone that the book was, despite its cover, a knockout.

While I was glad the audience's feelings about her changed, what I thought was missing was a little well-deserved shame at their earlier condescension.

You're right, Jaden. I think the ease with which the sneering and cruelty was forgotten actually compounds it. In a way, conscious, deliberate cruelty is more understandable than this visceral reaction which can be brushed aside as if it hadn't happened.