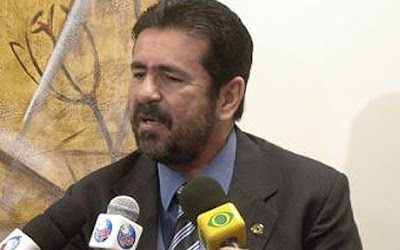 In his home (and very lawless) town of Manaus, Wallace Souza made a name for himself as a crusading crime reporter. He became so popular that a network affiliate gave him his very own television show.
The structure of Souza’s program was simple: he’d spend the first half-hour in the studio, holding a policeman’s baton in one hand and waving it around as if he’d prefer to be swinging it against a felon’s head. While he was doing it, he’d rail against criminality and criminals, call them every name in the book, demand the harshest penalties for lawbreakers, advocate a return of the death penalty, and so on and so forth.
Then, in the second half of his show, Souza would take to the streets. He’d visit homes, police interrogation rooms and crime scenes. In the homes, he’d wring tears from the victims. In the interrogation rooms he’d heap abuse on newly-arrested (and perhaps innocent) suspects. The crime scenes, he’d cover in graphic detail and without a modicum of good taste or restraint. 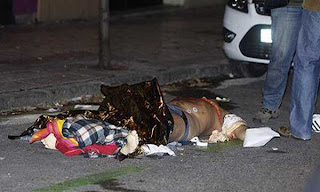 In one classic example the camera shows Souza standing over an incinerated corpse, holding his shirt tail against his nose and breathing through his mouth. His comment? “Smells like barbecue”.
The simple folks of Manaus ate it up. (No pun intended.)
Until Souza came along, much of what went on in Manaus hadn’t been a matter for public debate. Now, at last, they had a champion, a man who told it like it was, a man who was willing to put the authorities on the spot. Souza became a folk hero, a super star, not only in Manaus, but throughout the whole State of Amazonas.

Souza spotted his chance and took it. He ran for the state legislature and was elected with a plurality never before achieved by any candidate.

Now for the unfortunate truth: criminality, in that benighted state, is not always an affair of the cops vs. the criminals. In fact, the cops in Amazonas often are the criminals. And so are the judges. And so are the legislators, which is why the state government is seldom prepared to do anything about it. But the federal bureaucrats in Brasilia, when pushed, sometimes are.

So, yielding to pressure that Souza helped create, a team from the Brazilian Federal Police descended upon the city of Manaus. The investigation bore fruit within a fortnight. Tens of cops were arrested. By the time the dust cleared there were more than a hundred of them charged with crimes ranging from extortion to murder. Then the federal prosecutors moved-in. First one witness caved-in to a plea deal, then another. Within a month there was finger-pointing all around – and some of the fingers were pointing at Wallace Souza.

How, the prosecutors wanted to know, had it been possible for Souza and his crew to arrive first at a number of murder scenes? It wasn’t just that they arrived before the other reporters, no: they had an uncanny ability to get there before the cops. The boys in gray (that’s the color of the uniforms of Manaus’s municipal police) would pull up to find Souza engaged in a tirade about the despicable violence afflicting his beloved city while his cameraman zoomed-in on one gory detail after another. Might Souza himself have had something to do with those murders?

Turns out that more than a few people think he did. Souza was charged with ordering the killing of at least five people, which is surprising enough in itself. What’s even more surprising is the alleged motive: to boost ratings for his TV show.

Not only that. The prosecutors are saying he was involved in another endeavor - drug trafficking, and there has been speculation that the five victims, traffickers themselves, might have been Souza’s rivals.

Souza said no. He didn’t traffic in drugs, and he wouldn’t kill anyone just to get ratings. The prosecutors say he did. But the charges couldn’t be tried in a federal court. They were within the State’s jurisdiction. And guess who was the vice-mayor of Manaus?
Carlos Souza, Wallace’s brother, that's who.
And for some strange reason, Wallace was never brought to trial.
And never will be. 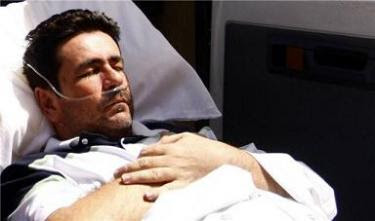 I guess truth can be stranger than fiction. Amazing story.

Very interesting, well-organized blog to which I want to go back there and back.

Powerful, fascinating blog, Shane. As FP said, it's the sort of thing you want to revisit piece by piece.

Leighton,
Have you ever been threatened with mayhem or worse for writing about crime in Brazil? Or is corruption such a way of life that nobody cares? I hope you have somebody watching your back!
Pat Browning

I've never been threatened, no.
But I'm careful.

One thing that one must be careful not to do is to name names. To do so would bear with it, yes, an element of risk.

The closest I ever came was to identify an individual by his function, but when I "filled" the job in the book, the person I described "looked" entirely different.

Nevertheless, my wife was not comfortable with it. And she doesn't want me to do it again.

And she is, of course, right.