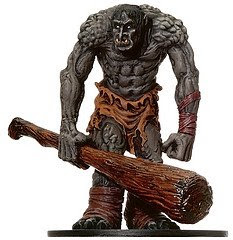 I'm often asked if my protags are based upon me, i.e. is that really me they're reading about?

Well, duh. Maybe that's why all my protags are tall, good looking, rugged and wise. Or maybe that's why they sometimes do stupid things. I do that all the time.

But the truth is, they are not based upon me, except for minor stuff, maybe. Yes, I did climb Mount Rainier, and yes, I did go to Morocco and Spain, just like in my books. But the protags in these books are very different from me.

Alibi On Ice's John Whitney was a mountain of a man, a guy who'd spent his life climbing. While I've spent time mountain climbing, it's been day-to-day, weekend or in a couple cases, a couple weeks adventure, not a full time thing. And actually, the model for John Whitney was none other than Lou Whittaker, chief guide for Rainier Mountaineering. I know Lou and admire him; I thought he'd make a great protag. So I modified his character and changed his name and made up his actions out of whole cloth. There may have been a little me in John Whitney, but I'm sure he'd never reveal what. And no, I did not have sex on the mountain. I couldn't find any goats.

The Olive Horseshoe's Denton Wright bears little resemblance to me. In fact, Denton's business success was taken directly from Mark Cuban's storied success story. Mark did exactly what Denton did to get his money: set up an internet broadcasting site to pick up Indiana basketball games. The idea spread, as many folks are some distance from the teams they follow, and then Cuban sold the company at the height of the tech surge in the late 90s. I had no part in any of this, except to extract that story for Denton's business background.

But as for the rest of Denton, our only similarity is the love of Indiana basketball. The rest I made up. I know nothing about martial arts, have never worn a pony tail, and I don't have a Mandy.

So, yes, I borrowed a bit from myself, but not much, just enough to get the story going. If I wanted anybody to see me with all my faults and passions, I'd have included nude photographs. And trust me, you don't want to see that. Your sex life would dry up faster than if you took a date with Mickey Rourke.

Stephen King says to write what you know. I take that to mean careers, hobbies, interests, and locales, not so much what you know about yourself. Yes, writing from experience can be illuminating, can offer great insights. But I don't really want my readers to think I'm nuts, so I don't share with them my inner insecurities, my hopes, dreams or fears, or that Baron Sacha Cohen modeled Bruno after me.

Just kidding on that one.

So yes, some of my characters may be based in part on people I know or be caricatures of them, with some traits emphasized, others not so. But I don't want them to be recognizable. For instance, Paulie Corsano. I've got a good friend named Paul Corsaro, a former law partner. Paul is an excellent tax lawyer, from a great Sicilian family, one with a long tradition in the fruit markets of Indianapolis. Paul is one of the most honest and genuine people I know. But I liked his name.

So I asked permission to use a close copy of Paul's name. "Corsano" instead of "Corsaro." How was I to know his beautiful wife Fran called him "Paulie?" That was a surprise. But the Corsaro family got a kick out of my using Paul as a model and corrupting him so greatly. They gave him plenty of teasing during last year's Italian Festival in Indy.

And Emery Boyd? I used to know a lawyer by the name of Emerson Boyd. A find upstanding lawyer, so I borrowed part of that name, too. But the rest of Boyd was a total fiction. I don't even know anybody like him.

So, yes, there's some of me in my books, just not the inner depth and insights a person less shy might share. I don't really want to appear nude on my book covers, so I'd rather write about made-up people in made-up situations.

I can have more fun that way.
Posted by Unknown at 2:17 PM

Interesting note about Mark Cuban. I didn't know that's how he got his start. He's sure made the headlines lately. Now somebody is suing him and I've already forgotten why. Just read it this morning!

My head isn't big enough to hold all the stuff I try to cram into it.

Ben, I've heard that some writers use people they can't stand as murder victims in their novels and I've been tempted a time or two. I've also been asked if my series protagonist Dana Logan is patterned after me. Some of me is in nearly all my characters. I don't think you can avoid that entirely.

The great thing about writing fiction is the author gets to play God. Intentional or not, there are pieces of people we know as well as ourselves in nearly all of our characters. Like Jean says, I'm not sure that can be helped.