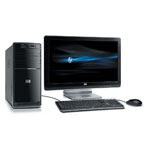 The conventional wisdom, based on how often I run across it, says you should plop down at your computer and dash off your story as fast as possible. Never mind the niceties, like finding the correct word or putting the commas in the right places. Just get the story down in 1s and 0s (that’s binary speak). When you reach the end, you have a first draft. Then you go back and start making a coherent manuscript out of it.

If you’re a detailed plotter or outliner, that would probably do the trick. My mind doesn’t work that way. I write chapters at a time, hopefully more than one. When I return to the computer, I go back over what I wrote last and edit. It has to sound right to me before I can go on.

I guess it’s the way my brain is wired. It doesn’t interrupt the story, since I have no idea where the story is going in the first place. The words stream out as I type, sometimes with a little help from an idea that pops up during my daily walk. Well, almost daily. As daily as circumstances allow.

With the first few chapters, I’ll usually go back to the beginning and start reading. After I get into the book, I’ll start a chapter or two before the point where I stopped writing. Besides eliminating the possibility of writer’s block, this technique engenders a feeling that I’m creating something worthwhile. I may change a word or two, a stronger verb or a more descriptive adjective. Sometimes I’ll delete a sentence or add one that gives a little different slant on things.

Individual chapters get another going-over thanks to my critique group. But we only meet twice a month. I’d better write more than two chapters a month if I’m going to finish this thing. That means only a limited number of chapters will get full scrutiny. I’ll give the completed manuscript to a couple of people who agree to read it.

By the time I get to that point, which most people call a “first draft,” it’s already been edited to a fare-thee-well. I will likely have made a number of significant changes to earlier incidents that need to match what happens later. That makes the final edit important, since I should catch any inconsistencies along the way. The final revision will take into account suggestions made by those who read the full manuscript.

I don’t advocate using this method if you’re comfortable with the way you write. But if you find you’re not happy with how the writing sounds when you take the pause that refreshes (you don’t have to drink a Coke), you might give it a try. It’s guaranteed to prevent writer’s block or your money back. Of course, you’d have to send me some money before I could do that—I take PayPal.
Posted by Chester Campbell at 9:48 AM

Since most of my stories have already been written in my head, I find it easy to just sit down and bang them out, come hell or high water, then go back and edit. The longer I thought about a story, the less editing I have to do. Everyone has their own technique, but this one works for me.

I usually like to write, then edit. But sometimes I can't resist messing with the manuscript when I see something obviously wrong...

Chester, I edit & write the same as you, except that I do use a detailed outline. But I go back over previously written chapters constantly. As you pointed out, that does eliminate writer's block!

I do it the same way you do. I can't just leave a chapter in first draft. I have to go back and edit it. I will probably do this several times as I move forward, especially if I have to make changes to adapt to what comes later.

I find outlines restricting and my biggest problem has been leaving my first chapter before I rewrite it twenty times. I'm finally past that and can blast on through with minimal editing until I finish the first draft. The second draft for me is fun because I can edit and add research as much as time allows.

I do both (and, like Mark, I think aout the story a lot before I write it), but I find that if I don't plow through that first draft, I will edit the first chapter over and over until I die.

I settle for a compromise: I start with a loose outline (index cards work for me), then do the sloppy first draft, but I allow myself to go back and edit once I've made significant forward progress. (And like you, I read the previous few chapters before I start writing.)

Interesting comments, folks. Nobody does things exactly alike, but reading how others do something allows you to fine-tune your own procedures,