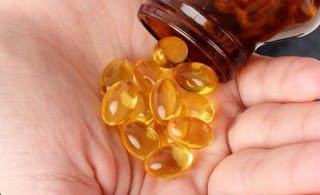 I don’t know if it’s a writer-type thing but in many ways I inhabit a strange world. Let me give you a couple of examples. Most mornings I take a multi-vitamin pill. I know, I know, the scientists have proved that they make no difference but I’ve been doing it for years and, since it doesn’t seem to have harmed me, why stop?

Anyway, the pills are in the normal sort of container, which I tip and shake in order to ‘dispense’ one into my hand. But sometimes, two or three come out, occasionally with such force that they bounce off my palm to roll across the work surface. And so my mind starts speculating about them. Is it an escape bid? If so, what do they intend to escape for and to? I mean, how many career choices does a vitamin pill have? Alternatively, it might be a suicide mission, clamouring for my attention, each wanting to be the one I choose to send down into the acids that await them. So deciding which ones to put back becomes a question of ethics.

And the speculation continues. What’s life like for them inside their container? They just lie there, cuddled up against one another in the dark, for around 24 hours,  at which point they start realising that one of them will soon be taking its last journey. Is the boredom of such an existence so great that they try to shuffle to the top of the heap to give themselves a chance of being that lucky one? Or is being part of that tight, localised community reassuring to such an extent that they burrow down to make sure they stay a little longer with all their pill pals? Do they, in the other 23+ hours, discuss their condition, share their angst?

And when it comes down to there being just two left, then one … well, the scenario is appalling. Those last two obviously didn’t want to go, they’ve avoided the drop into my palm but it’s now become inevitable. And I feel sorry for them.

For the second example, I won’t go into the same amount of detail for reasons which will be obvious. It involves toilet rolls. No, I don’t mean is it better to be one of the sheets at the outside end of the roll in order to get it over with quickly. After all, the manufacturers have dictated the fate of the individual sheets and, if you’re on the outside, that’s it. It’s rather like our Great British aristocratic hierarchy. – some of us are just cheap, thin tissues on the roll of life, others double-padded, dimpled, luxury creations. We’re all headed for the same … er … end, but have wildly different experiences before we get there.

So my concern isn’t with individual sheets, but with the rolls themselves. You see, my toilet roll holder is a sort of stainless steel pole which sits on its base on the floor and holds three rolls, one on top of the other. I have the power to grant long, long life to the roll at the bottom while those stacked above it, especially the top one, exist for mere weeks. The ethical dilemma this time is whether, in fairness to each roll, when the top one is finished with, I should just put a new one back on top of the other two or move them up and put the new roll on the bottom. (Notice my admirable restraint here as I avoid exploiting the juxtaposition of the words ‘toilet paper’ and ‘bottom’ to make ribald jokes.)

And that, friends,  is the nature of the strange world I mentioned. I find myself giving inanimate objects feelings, desires, ambitions. I feel sorry for them, admire their fortitude, courage and stoicism, I empathise with things such as staples and glue.

Which is, of course, stupid. But it’s stupid in a specific way because I’m imposing my values on them. Just because I lead a meaningless existence, it doesn’t mean that they do. Vitamin pills, toilet rolls and all the other things are brought into the world with a single, specific, dedicated purpose. And they fulfil their destiny. The pill delivers its goodies into my system and vanishes, just as it was ordained it should. In other words, all these things are much better off than I am. They have the security of a function.

In fact, now I come to think of it, they should be feeling sorry for me.
Posted by Bill Kirton at 1:14 AM

Look on the bright side, Bill. At least you can still open the pill bottle:)

True, Mark, and wine bottles, too.