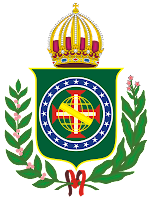 During the (almost) 59 years of his reign he’d rise daily at 7, seldom retire before 2, and spend the vast majority of his 19 waking hours attending to affairs of state. No Brazilian politician has ever worked longer, or harder, at governing the nation. He inherited an empire on the verge of collapse and left it a place of political stability. , in his time, was distinguished for freedom of speech, respect for civil rights and vibrant economic growth. He was Pedro II, the last emperor of , and the very epitome of a philosopher-king. 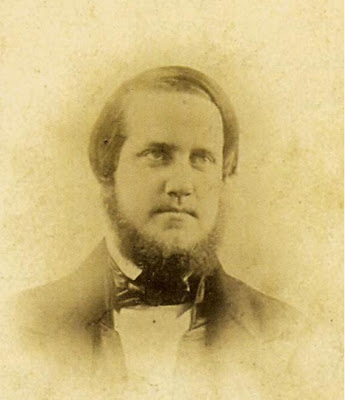 Here’s his earliest surviving picture. It was taken in 1848, when he was just 22 years old.
In addition to Portuguese, Pedro could read and speak Latin, French, German, English, Italian, Spanish, Greek, Arabic, Hebrew, Sanskrit, Mandarin, Occitan and Tupi-Guarani.

His library contained more than 60,000 volumes - and he was reputed to have read every one of them. His palace contained a photo lab, another lab dedicated to chemistry and physics, and an astronomical observatory.

In addition to the sciences, he loved literature, poetry, art and music.
He won the respect and admiration of scholars such as Charles Darwin, Victor Hugo and Friedrich Nietzsche. He was a friend to Richard Wagner, Louis Pasteur and Henry Wadsworth Longfellow. He was elected a member of the Royal Society, The Russian Academy of Sciences, The American Geographic Society and the  of Sciences, an honor previously granted to only two other heads of state:  the Great and Napoleon Bonaparte. 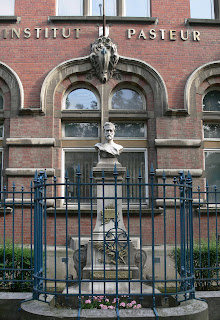 He financed the creation of the Institute Pasteur. 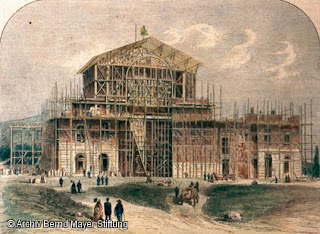 and helped underwrite the construction of Wagner's Bayreuth Festspielhaus.

It was said of him that he kept his emotions under iron discipline, that he was never rude and never lost his temper. He was exceptionally discreet in words and cautious in action. He was diligent in appointing only highly-qualified candidates to positions in the government, insisted that every politician put in a workday of at least eight hours, and sought to curb corruption. 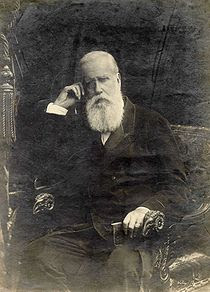 Here you see him with the weight of his years and his troubles upon him. This photo was shot shortly before he was deposed and sent into exile.
What brought him down?
Slavery.

He hated the practice, called it a “national shame”, never owned slaves of his own, but he couldn’t abolish slavery by imperial decree because his was a constitutional monarchy.
Nevertheless, he spent years struggling against it.
But, when he finally succeeded, the rich and powerful coffee farmers had a fit.
They regarded emancipation as confiscation of their personal property and launched a coup, a unique instance of a successful monarch overthrown despite the love of his people and at the pinnacle of his popularity.

When he heard the news of his deposition (15 November, 1889) Pedro simply commented: "If it is so, it will be my retirement. I have worked too hard and I am tired. I will go rest then." 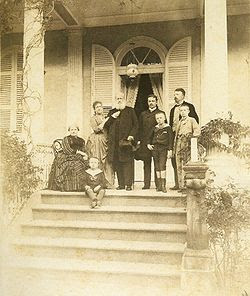 This is the last photo of the imperial family in .

His last years were spent in , where he lived in modest circumstances and in cheap hotels.
One very cold day he took a long drive in an open carriage along the . He felt ill, contracted pneumonia and died at  00:35 a.m. on  December 5, 1891.His last words were, "May God grant me these last wishes—peace and prosperity for Brazil.."

While his body was being prepared for burial, a sealed package was found in the room. Next to it there was a message in Pedro’s own hand: "It is soil from my country, I wish it to be placed in my coffin in case I die away from my fatherland."

The package contained earth from every Brazilian province.

In accordance with his wishes, it was placed inside the coffin. 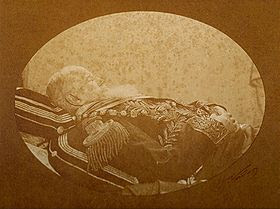 This is the last picture of Pedro II, taken on the day after his death, December 6, 1891. You see him clad in the dress uniform of a  of the Brazilian Army. The book beneath his head symbolized that his mind rested upon knowledge, even in death.

The establishment of the republic began a long downhill slide for . The country slipped into a period of anarchy, dictatorship and economic crises from which it has only recently recovered.

Winston Churchill quipped that democracy is the worst form of government except for all the others.

In The Republic, Plato has Socrates steering us toward a benevolent monarchy as the best form of government.

Study the life of Pedro II.
And, in this one case at least, you’ll agree with Socrates, not Churchill.