Our World Under Construction 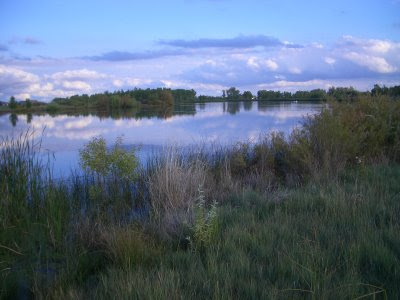 Recent kitchen improvements unveiled numerous flaws that were previously unknown to me. As I removed drawers and light fixtures, I discovered holes to “nowhere.” One hole was for an electrical conduit until the builders realized they couldn’t run that line where the drawers were. At one time, we had a mouse visiting our drawers and could never figure out how it got there, but it quickly became apparent that this hole granted the critter free access. The drywall holes didn’t create a mouse problem; only time to make the repairs. Bear in mind that these flaws never bothered me until they were revealed, and as frustrating as it was to correct the deficiencies, the finished product was worth it. Upon completing my project, it occurred to me that our world’s leaders also conceal flaws, but in time, they are revealed, too.

Such was the case for Illinois’ governor who was arrested Tuesday morning on federal corruption charges. The FBI described the event as a dark day for politics, and like my cabinet and drywall flaws, it took time to reveal the level of corruption. Federal authorities spent countless hours peeling back his concealed political layers. Their successful investigation will allow Illinois to begin a new chapter. Hopefully their next governor will refurbish its tarnished capitol with clear varnish instead of dark paint.

Of course, flaws are not limited to buildings or politicians. Changes in economic policies have exported many of our jobs overseas. In exchange, we import defective and sometimes harmful products. But we shouldn’t blame any specific country for this. After all, these inferior products are a direct result of our demand for cheap prices instead of quality. So, while the quality of my new light fixtures leaves something to be desired, I will be the only one who notices—and the beat goes on.

Using my home improvements metaphorically is intentional. Wherever I travel, I see a world that is under construction, both literally, and figuratively. New money has brought prosperity to previously impoverished countries, and as such, has created enormous infrastructure and lifestyle modifications. But with these cosmetic and economic transformations come new political policies, alliances, and power plays. Russia is heavily shaping politics for many of the former Soviet Block countries, arms races are escalating, tension is building between numerous neighboring countries, piracy at sea is becoming commonplace, and our physical resources are drying up. It’s a mystery where our world will be in twenty years, but there is no stopping its evolution.

No one can predict how much molding will be used covering up the world’s corruption. No doubt its leaders will have flaws, but as with the imperfections in my home, I am comfortable until they are revealed, so in that regard, ignorance truly is bliss. Thankfully, our world isn’t as bad as the media makes it out to be. This holiday season, I’ll leave it to the political watchdogs to peel back the moldings and set things right while I celebrate all the good in this world. And when I am on the road and need solace, I know I can always find it in a good book.
Posted by Mark W. Danielson at 2:39 PM