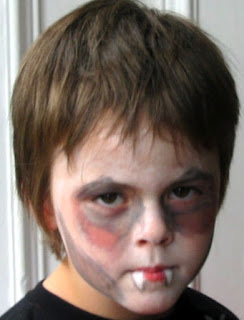 I don’t know if there’s such a thing as a postscript to a blog but that’s what this is. In the last posting, I was talking about the various writing jobs I’d done over the preceding few days. This one is about a different sort of writing again, and it’s a tip for you if ever you find yourself in the type of  sleep-deprived and/or literary trap I’m about to describe.

I’m on the train home from a weekend in with my daughter and her two sons. Part of the deal when I stay there is that, in the mornings, one or both boys come(s) in to my bed to chat, play word games or tell stories. If it’s the story option, they clatter quickly through their turns and expect a professional performance from me. (I should say that the same thing happens when I visit my other grandchildren and one of the results is a series of stories featuring Stanley, the misanthropic fairy I’ve mentioned before and whose adventures I’ve actually written up.) Anyway, please remember that we’re talking about early mornings here, usually with me just having been woken up. In other words, the creative flow is sluggish or non-existent but the audience still expects to be entertained. Like all stories, the one you tell has to get their interest right away. But there you are in your half-awake state, knowing they watch stuff like Power Rangers and high-tech cartoons and have high expectations of action, adventure and narrative involvement. (Although the truth is that your 7 a.m. brain is incapable of holding refined concepts such as ‘narrative involvement’.)

So, you need a reliable, recognisable structure, you need something where someone has already done the donkey-work on your behalf. And that means plagiarism, which is a no-no, or parody.

Parody is cheating in a way. It’s definitely flattering to the original, it relies on the reader/listener identifying the source, which in turn is a compliment to that source. But you’re borrowing it, benefiting from its language, rhythms, themes or, as in this case, its underlying structure. (It occurs to me that an equally good idea might be to send my grandsons back to sleep by pontificating about literary techniques.)

Anyway, parody is the road I took. It happened by accident. With no idea what story would emerge, I started by saying ‘A lion was walking through the forest’. Playing for time, I asked ‘What do you think the lion was called?’ ‘Tracey,’ was the immediate answer, relayed in a voice that implied it was the obvious option. So I had Tracey the lion, and he (she?) was in a forest. And he came to a cottage, so he had to go in – and suddenly the story was there in stark relief. On the table were three pizzas, a big one, a middle-sized one and a little one. This got a laugh so I knew I was home and dry. Tracey was an incarnation of Goldilocks and changing the bears into giraffes gave me scope for all sorts of architectural gags – high ceilings, tall thin doorways, strangely shaped chairs and beds. Breaking the baby giraffe’s chair gave scope for sound effects and a mini debate about whether giraffes make any noises and, if they do, what their crying might sound like after having travelled so far up their throats. Detailing the vile ingredients of the mummy and daddy’s pizzas permitted the introduction of the vomit-inducing elements kids love so much and the only looming difficulty was the prospect of them finding a lion in the baby’s bed. Would it suddenly turn the story into a gore-fest? Would the laughs turn to tears as Tracey eviscerated the loving domestic trio?

I won’t bore you with the resolution because it involved audience participation, suggestions and refinements, and a leonine viewpoint restricted by a combination of blankets and the height of the giraffes. Seeing only parts of his ‘hosts’ made the patterns on their skins look like carpets to the sleep-befuddled predator but no one got hurt, the lion decided never to have pineapples on pizzas ever again, and the giraffes decided to move the lock on their front door even higher, (which in turn set up the next forced entry by a baboon and created the ingredients for a sequel).

Of all the types of writing in this and the previous posting, this story-telling probably gave me the most pleasure. All I need to do now is find a way of making the boys or their parents pay me.
Posted by Bill Kirton at 12:04 AM

Pay you in pizzas, maybe, Bill? I also love telling stories to grandchilden and their friends. They have such great imaginations.

Bill, that sounds like a hilarious story. I have no grandchildren (or children for that matter), and my pets (fortunately for me) don't demand to be told stories.