Why did we start speaking? 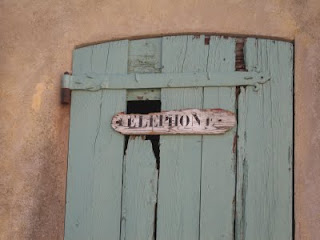 Those who know me know that, quite frequently, they should expect to hear or read plenty of absurd things, so I’m going to be self-indulgent and offer one such absurdity this week. I want to share with you a remarkable discovery I made some time ago. It came from an activity which led me to realise exactly why humankind developed language. I’d written fourteen mini scripts for a major company in the oil business, each covering a specific aspect of safe working. (Stay with me here.) They were all around 1½ minutes long and, thanks to the willingness of the person commissioning them to experiment, they dispensed with the usual shots of men in hard hats and overalls on North Sea platforms looking at gauges and pipes. Instead, they featured two cavemen performing various activities involving quarries, caves, ravines and other topographical elements of the Neanderthal context.

Needless to say, they communicated in grunts (although I also allowed them to hum and whistle stone age tunes). So, one afternoon, I went to the studio with another person and we laid down the sound tracks which would give the animators some idea of timings and maybe help them to get their creative nodes throbbing. Unfortunately, as well as grunted conversations, some of the situations in which the characters found themselves called for screams of terror, yelps of pain, groans of frustration and other things. After an hour and twenty minutes of takes and retakes, my throat felt as if it had been sandpapered.

I’ve done lots of voice-overs in my time, some of them for videos and DVDs lasting up to forty minutes, but never before felt such laryngeal distress. Talking is so much easier than grunting and, as we chatted about the results, it came to me that that was obviously why language came about. One day, some caveman or woman, after a prolonged bout of grunting, was rubbing his or her throat and suddenly thought “Bugger this, it’s too sore” and began to use more modulated sounds. Everyone around them quickly realised that, if they copied his/her example, there’d be less stress on the tube that joined their head to the rest of them. In other words, language evolved because our ancestors were fed up with having sore throats all the time.

I shall, of course, be expanding this, adding footnotes and a bibliography, and presenting it at an academic conference somewhere. I also hope it may one day be attached as an appendix to an updated edition of On the Origin of Species.
Posted by Bill Kirton at 1:20 AM

Bill, this sounds remarkably plausible--at least as plausible as the Rudyard Kipling Just-so stories I read as a child. When your work is published in all the scientific journals, I hope you'll sign a copy for me.

I'd like a copy too, Bill. I agree with Beth (Jaden) that your theory is plausible and makes sense. I can imagine our early ancestors with permanent laryngitis.

Jaden, Jean, I'm glad you think I could fool some of the people some of the time but then, as an ex-academic, that comes naturally to me. And, in true academic mode, I'll no doubt write many monographs, articles, treatises about things such as why women's voices are higher than men's, or why so many different accents and dialects developed, maybe because of fish bones getting stuck in throats, etc. Then there are all the different languages to explain, such as why French developed soon after the discovery of wild garlic plants and so on ... yes, my career is secure.