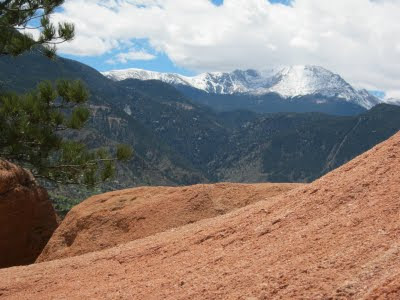 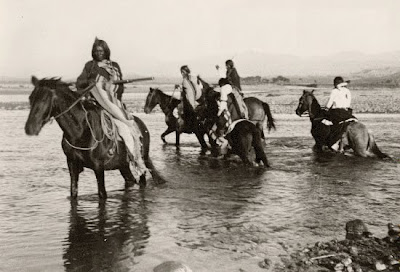 Pike’s Peak is one of Colorado’s most visible landmarks. It can be seen for hundreds of miles from the ground or the air. Rising 14,110 feet above sea level, it is one of the higher peaks in the Lower 48, rising sharply above Colorado Springs. Originally called "El Capitan" by Spanish settlers, the mountain was renamed Pike's Peak after explorer Zebulon Pike Jr., who “discovered” the peak in 1806 during an expedition to the southern Colorado area. But the reason for Pike’s namesake didn’t stem from his failed attempt to reach the summit, but rather what he wrote in his journal.
"...here we found the snow middle deep; no sign of beast or bird inhabiting this region. The thermometer which stood at 9° above 0 at the foot of the mountain, here fell to 4° below 0. The summit of the Grand Peak, which was entirely bare of vegetation and covered with snow, now appeared at the distance of 15 or 16 miles (26 km) [24–26 km] from us, and as high again as what we had ascended, and would have taken a whole day's march to have arrived at its base, when I believed no human being could have ascended to its pinnacle. This with the condition of my soldiers who had only light overalls on, and no stockings, and every way ill provided to endure the inclemency of the region; the bad prospect of killing anything to subsist on, with the further detention of two or three days, which it must occasion, determined us to return."
Fourteen years after Pike, Edwin James scaled what he called “Pike’s highest peak” as the relief botanist for the Long Expedition. He and two other men left the expedition, camped on the plains, and climbed the peak in two days. Along the way, he was the first to describe the blue columbine, which later became Colorado's state flower. In July, 1893, Pike’s summit inspired Katherine Lee Bates to write the song America the Beautiful. A plaque commemorating this accomplishment now lies at the peak. But eleven thousand years before the White Man ever walked this area, Native American Ute Indians, known as the People of the Shining Mountains roamed it.

The Ute were a nomadic tribe that wandered Colorado, Utah, and Wyoming, and had a spiritual relationship with Mother Earth, and in particular the hot springs near Pike’s Peak. Hot springs cleansed and healed their bodies, and in return, they offered gifts to appease the spirits. During the 1700s, the Ute began acquiring horses from the Spanish. Weapons soon followed, along with disease and warfare among other tribes and intruding settlers. In 1874, Chief Ouray signed the Brunot Treaty, which opened the mountains to white settlement. In 1881, the Federal Government forced the Ute from their homeland in Utah, which is so-named for this tribe in the same manner the US Army named their helicopters after the tribes their cavalry defeated. Now, most of what remains of the Ute lies in Ouray’s Historical Museum.
It’s important to realize that discovery, like nearly everything in life, is relative. Rather than say Pike discovered this peak, it may be more appropriate to state that he climbed it. But perhaps the bigger lesson here is the power that lies in the written word. The Ute were part of the land they shared with all other creatures, and never laid claim. They didn’t write about it in a language the White Man understood. But once the White Man wrote about it, Pike’s Peak became a landmark. We cannot change our history, but we can use this as an example of interpretation. Think about the Ute when you write your stories, and never underestimate the power of the pen.
Posted by Mark W. Danielson at 2:38 PM

There bave been a number of good books written about the Utes, including Cynthia Becker's CHIPETA: QUEEN OF THE UTES. It's a shame that the only tribe to develop a written language was the Cherokees. Imagine the rich history and customs that has been lost over the centuries.

You're right, Jean. We can only imagine the history of over eleven centuries of tribal movement. Just think of all the discoveries they made.