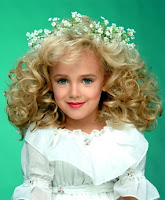 Sometimes it’s murder coming up with original plots. In most mysteries, someone gets bumped off in the first few pages, followed by chapters of sub-plots explaining why he/she/they were killed. The story usually concludes with the murderer(s) being caught or killed because that’s what publishers and readers like. Open-ended murders are generally frowned upon. So, if writers must stick to a formula to get published, how do we keep our stories fresh? Sometimes the headlines can provide inspiration. 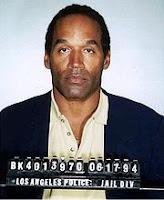 You see, the daily news is packed with dastardly events, and we can gain something from each of them. You'll find odd celebrity stories such as those questioning foul play in Gary Coleman’s death, or angry stories about Dutchman/murder suspect Joran Van der Sloot slipping away from a FBI sting in Aruba over Natalie Holloway’s death only to end up killing Stephany Flores Ramirez in Lima, Peru. There is also news of the so-called Barefoot Bandit finally being captured in the Bahamas. And while most unresolved stories get placed on the back burner, those concerning JonBenet Ramsey or OJ Simpson always seem to resurface. But as intriguing as these high profile cases are, the lesser known ones can be equally fascinating because they represent the every day person gone bad, which is closer to our fictional characters.

Consider these recent headlines: Armed Man Holds 15-Month-Old Hostage in Sacramento, and Mom Suffocates Baby She Feared Was Autistic. I'm not sure what the armed man's excuse was other than being desperate, but the mom killed her baby because she felt her child's potential development issues could ruin her life. I doubt that either person gave much thought to their crimes before committing them, but they happened nonetheless. In real life, only the jury will hear their motives, but mystery writers have the ability to create empathy for them. If done properly, the reader may find it difficult deciding whether the criminals were pushed over the edge, or whether they were guilty at all. You can't get more interactive than that.

Now consider this headline: 12-Year-Old Boy Drowns At Pool Party In Centennial. On the surface it reads like a tragic accident, but learning that this boy was a competitive swimmer who was expected to make State times adds a daunting element. His death was ruled an accident, but police are still investigating. Now, let's turn this case into a fictional murder plot; a story about disturbed children with a grudge. For years, Aquaman has been ridiculing his peers and they got fed up. So one day, at a team party, they encircle him in the shallow end, smiling, splashing, and yelling, while two of them hold him under. Once the struggling stops, one of the gang drags Aquaman’s body out, screaming for help. Sound far-fetched? Hardly. How many times have we seen disgruntled and bullied students lash out, killing their peers in cold blood? To avoid giving fame to actual murderers, I'll redirect you to Lord of the Flies -- a story that reveals the ugly truth that children can be just as uncivilized as adults, and under certain circumstances, that anyone can kill. Whether this notion inspires or disturbs you, it is an undeniable truth, and people crave this kind of entertainment. The success of Stephen King's Carrie proves this. 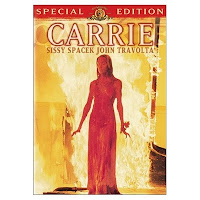 Whether writing about hostage situations or murder-by-drowning, headlines provide endless possibilities for character development, sub-plots, emotional struggles, and cries for justice. In our stories, the killers who are certain the truth will be buried with their victim inevitably find the evidence points to them. And when someone in the know attempts to rat them out, then he or she is killed, too. But doesn't this tried and true formula make for a predictable story? Absolutely – which is why authors must create the kind of twists and surprises that we find in the news. Bear in mind that your murderous event isn’t nearly as important as how your mystery is solved.

I'm not advocating that you mimic any actual case, but tracking murder stories might provide ideas since the truth is often so far-fetched. Since court rooms are always open to visitors, you may want to sit in on a murder trial one day and apply your experiences to make your characters believable, and your story both plausible and entertaining.

Mark, you are not only diabolical, you offer great advice. You have to take a real story and twist it into fiction, 'cause folks would think the truth is too far fetched to be in a book.

I sat in on murder trials as a news reporter and, believe me, Mark, what transpired was so strange (and boring most of the time) that I'd have a difficult time transferring my experiences into fiction, such as the time a judge nicknamed "Jailing Judy" threatened to throw me in jail for unzipping my note case during a trial. The noise from the zipper must have unnerved her.

Helen, I wish life wasn't so odd. Last night in Las Vegas, we passed a group of SWAT officers assembling for something big. There were some 20 vehicles there and everone was checking their weapons at the time. Tonight, I'm in Guadalajara and saw at least ten police vehicles rushing somewhere with lights on and another couple of SWAT vehicles near the airport. Has the world gone mad? Perhaps. I mean, who could have ever predicted OJ's slow speed chase or the Barefoot Bandit's long run?

Jean, every time I've gone in for jury selection, the judge tells me, "Thanks for your candor" and quickly dismisses me:) Trials can be extremely boring until something happens -- like a person unzips a coat! Amazing.

Here's a fun story from people who swear it's true. A Texas judge who raises longhorns was gored in his eye. He wore a false eye in court until one day it fell out. What do you say at that point? Case dismissed? Justice is blind? I've got my eye on you? Whatever, he's worn a patch ever since. Write that one into a story. (Oh, thanks, I just might:)