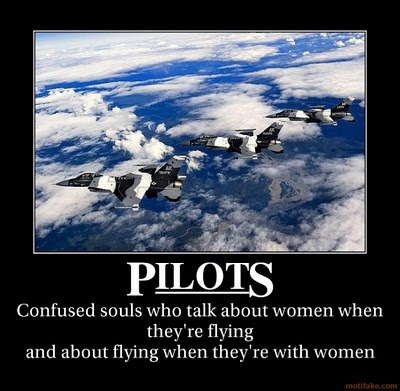 Commuting can be a tasking evolution that sometimes requires more patience and sense of humor than operating a trip. Once I get to work, the stress is gone, and while getting home is desirable, my pay isn’t docked if I’m late.

I’ve spent most of July away from home. It’s an unusual month because it added four days of semi-annual training to my line. Since I didn’t finish my simulator check ride until after our own airplanes had departed for Denver, I was forced to attempt a two-leg commute home, begging for rides. The night before, there were plenty of seats available on both flights, but canceled flights had changed everything by the time I showed up.

I was fortunate to get a passenger seat on the flight to Minneapolis, and since I was near the front, was able to race to the opposite side of the terminal to beg for a seat on the leg to Denver. Heart pounding, I arrived in time to be listed for the cockpit jump-seat, which is a small fold-down seat designed to allow FAA check airmen to oversee flight crew operations, but qualified airline pilots can also use them when all the passenger seats are full. Such was the case on this particular flight.

With no clouds along our route and smooth air, the captain and first officer opted to converse with me after level-off. Belonging to the same union, we compared the goings-on with our respective companies, discussed various safety issues, and yes, there were also a few comments about women, just like in the above poster. However, all conversation ceased whenever there was a radio call or a ding from the back.

Prior to our descent, our captain was informed that an elderly lady passenger was ill. He promptly notified the company and was informed that an ambulance would be waiting. Though sorry for her, this passenger’s illness actually helped me because the captain raced his airplane to the gate, and since my bags were in the crew’s storage bin, told me to make a run for it once the EMTs were on board. Even better, the captain had requested his passengers to remain in their seats to assist the EMTs, so imagine their reaction when they saw a captain [me] dash from the plane. I’m sure they were relieved when their real captain thanked them when they finally exited.

The airport bus to the cargo lot only runs twice and hour and I had twelve minutes to get there from the gate. Racing down the corridor, I leaped onto the escalator, and since a train had just arrived, grabbed my bags and skipped steps to make it. Counting down the seconds, my anxiety increased as the train stopped two more times before arriving at the terminal. Once the doors opened, I flew up the escalator, ran through the terminal, out the door, arriving at the bus stop. Thirty seconds later, the bus arrived. Incredible. Nearly eight hours had passed since I had checked in for me first jump seat, and I was relieved to finally be on my way home. Had it not been for the elderly lady’s misfortune, I would have had to wait for the next bus. Thirty minutes may not seem like much, but when you’ve been away as much as I have, that time is precious.

So why do I put up with commuting? Simple. I prefer living in another state, which means I accept the annoyances of commuting a thousand miles to work. Is it worth it? Sure, because I use that time to write, and it also invites new adventures. Granted, it’s a gypsy lifestyle, but one I wouldn’t trade for the world.

Wow, Mark. You must have to stay in shape, if you race through airports on a regular basis. :) Thanks for the glimpses into a pilot's life.

In spite of doing three miles a day on the tredmill, my leg cramped the next morning from dragging my bags through the terminal. Even so, it was worth it to get home. AS they say, no pain, no gain:)

Good story, hectic lifestyle! I'm the kind of person who loves going places but would prefer to avoid the actual travel. If I could snap my fingers and land in my destination, I'd be happy.

I totally agree, Terry -- but then us airline pilots would be out of work. I'm sure that within the next couple of decades, sub-orbital travel will become the norm for long flights, cutting travel times significantly. Until then, enjoy the beverage service:)

Haha, Yes, the beverage service! Now that I like:)

To paraphrase the Beatles: Whatever gets you through the flight, it's all right! :D