There was only one country in the New Word that ever had a colony in the Old.
And that country was Brazil.
Most people don't know that, so maybe, someday, you can win a bet with this one:

The year was 1807, and the Prince Regent, Dom João Maria José Francisco Xavier de Paula Luís António Domingos Rafael de Bragança (For simplicity’s sake, let’s just call him by his English name, John) ruled in the .
He ruled, but feared he wouldn’t be ruling long. 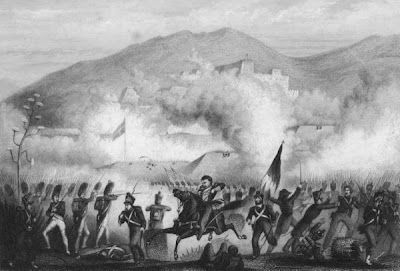 The armies of Napoleon were sweeping down from the north, engulfing the .
In those days, back before Napoleon took , the conventional wisdom was this: in warfare, all you had to do to win was to capture the enemy’s capital. Having done that, you declared victory, they admitted defeat and the war was over. 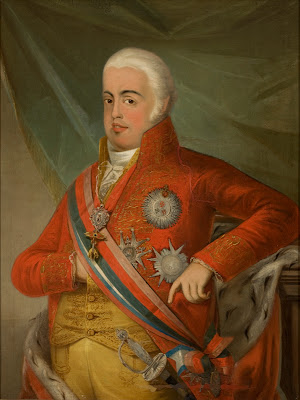 John, pictured above, was a man of his time. He accepted that as truth. Accepted it, but also bridled at the idea of languishing under a French yoke.
He decided to flee.
But flee to where?
was the obvious choice. John's new world colony had plenty of room. The country was more than 90 times the size of Portugal. (It measures 8,456,510 SQ KM. , in contrast, only 91,951 SQ KM)
So, on November 29th, 1807, John, under the protection of a British fleet, set sail with all his court. It was a pretty big court, even by modern standards. There were about 15,000 of them.
Two days later the French took . 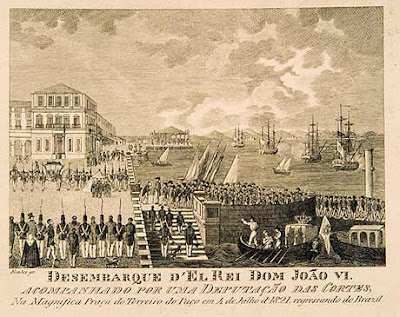 During the long voyage, John had plenty of time to consult with his advisors. Upon his arrival in the new world, he handed the French emperor a surprise: the French might have captured , he reasoned, but they hadn’t defeated the mother country. Why? Because, according to him, the residence of the king defined the capital, and the royal residence was now Rio de Janeiro. 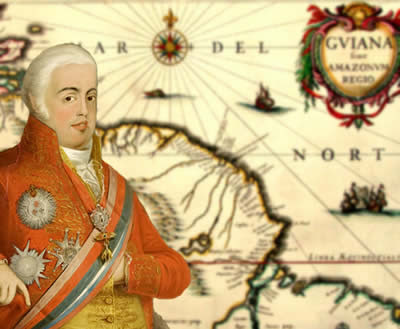 Therefore,  the mother country was no longer Portugal. It was now Brazil.
Portugal was a colony. 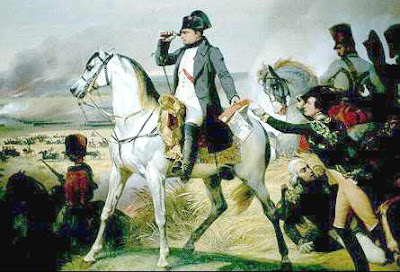 Seven years later, Napoleon suffered his final and humiliating defeat at . By that time, John, like many before him, had settled into the good life of the tropics. He had no desire to go “home”. He wanted to stay in Brazil forever.
But he couldn't. A severe political crisis ultimately forced him back to .
He left his son, Pedro, in  as regent. 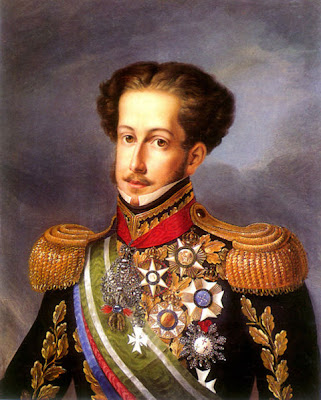 That, as it turned out, was a mistake. Pedro (above) had no desire to go "home" either.
Or ever.
On September 7, 1822, he declared the independence of Brazil and had himself crowned emperor, thereby severing the bonds that had connected  and  for more than 320 years.
And leaving  the only country in the new world that had ever had, or ever will ever have, a colony in the old.
Posted by Leighton Gage at 12:01 AM

Interesting, Leighton, when you think how different things would be for a lot of people now if Pedro had held on to the colony of Portugal.

I did not know that. Interesting.

Fascinating history, Leighton. Thanks for bringing it to our attention.

I love this blog. I learn something new from all of you every week. Thanks, Leighton.