The Canadian Angle – an interview with Eden Baylee, part two. 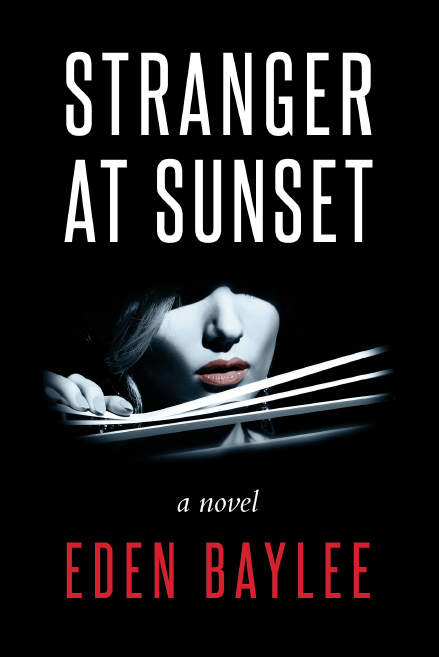 by Bill Kirton
Continuing my chat with writer-friend Eden Baylee, whose debut mystery novel Stranger at Sunset was published in June.

Right, Eden, last time we talked about your first venture into the mystery genre,  Stranger at Sunset. What’s the next step?
I hope it sells, of course, both to people who enjoyed my previous books and to those who’ve never read my writing. I know I’m competing for a different readership now, but that’s not something I can control. In a way, it feels like starting over, but the advantage is I’ve amassed a wonderful network of writers and readers and supporters, so it’s a matter of continuing to write.

Stranger at Sunset is planned as the first of a trilogy. I’m laying the foundation of the next books, and I’m currently writing book two called A Fragile Truce. There’s a taster at the end of my book.

I know that, in your erotica, you frequently use first person narrative and the strength of the narrator is always evident. Here, though, it’s all third person. How much did you feel any identification with any of the characters?
I lived the life of my main character, Kate Hampton, while I wrote the book. I had to crawl under her skin to be able to write her and speak as her. Actors call it method acting, a technique to create in themselves the thoughts and feelings of their characters in order to develop lifelike performances. As a writer, I tried to do the same thing by connecting to Kate. It forced me to draw on personal emotions and memories, which allowed me to write realistic scenes and have her behave in a way that was plausible.

And, apart from the pleasure of reading it, what do you hope readers will take away from Stranger at Sunset?
First and foremost, it’s fiction and should be entertaining. It’s the same feeling as spending two hours at the movies or going to a concert—you want to feel like your time wasn’t wasted, that you enjoyed the experience because it connected you to something interesting, new, or enlightening.

Beyond this, the theme of the book speaks to the intolerance of its many characters. I call the book a psychological mystery because it addresses our perception of others as people. Human beings are extremely complex, and what’s seen on the outside isn’t always indicative of our true selves. Most of us live our lives filtered by what society and others think of us. Laws and morals dictate our behavior. In Stranger at Sunset, I explore what happens when we’re not bound by these restrictions.

From all you’re saying, and from my readings of all the other stories of yours which I’ve read, I’d say your interest is mainly in your characters. Is that right?
Definitely. My emphasis is on characterization. For me, it trumps plot, setting, and imagery. I feel if my characters are fully and authentically developed, then the rest will fall into place. There’s no point in having a great story if the characters are stereotypes, wooden, or elicit no feelings from the reader.

In reading literary erotica, (and I mean the classics of the genre, not some of the modern-day tripe), I’ve learned to write to appeal to a reader’s senses. Make them FEEL for your characters. I don’t necessarily want all my characters to be likeable because they’re not, but whether they trigger feelings of love, lust, like, or hate, it’s important that they evoke something.

My biggest failure as a writer would be to have characters that readers could care less about. Once they stop caring, they will stop reading.

As an aside, that answer gives me the opportunity to comment on a Canadian/American turn of phrase which has always puzzled me. We say ‘couldn’t care less about’ which seems to me the more logical form of the expression. And yet, bizarrely, they both mean the same thing. Anyway, as a final, trivial question, tell us something personal about your writing, some quirk, some ritual. Do you have any?
Hmm…Bill. Regarding that expression, I’m probably just saying it wrong! It’s amazing how many words and phrases I’ve been saying incorrectly for years, and I would’ve never known until someone told me. That’s the power of seeing words written down.

No, I’ve spent quite a lot of time in the USA and my friends there all use your version of it. It’s another example of us being ‘separate nations divided by a single language’.
As for my quirk … In the cold weather, I wear a wool hat to write. That’s about eleven months out of the year in Canada (just kidding)! Actually, it’s a ‘comfort’ thing for me like a favorite blanket. I hate the cold, and I can’t think, let alone write, when it’s cold.
Other than that, I think it’s important to write daily. Exercising the brain by writing is what feeds my imagination. If I don’t do this, I’m afraid the muscle will wither and I’ll run out of ideas. The hat helps to keep all the good ideas warm too.

Interesting. Well, since Aberdeen’s hardly tropical, maybe I’ll give it a try. Eden, it’s been a great pleasure. Thanks for the insights and good luck with the book.
Thanks Bill for having me here. I really appreciate it.

Stranger at Sunset
Vacation can be a killer.

Dr. Kate Hampton, a respected psychiatrist, gathers with a group of strangers at her favorite travel spot, Sunset Villa in Jamaica. Included in the mix are friends of the owners, a businessman with dubious credentials, and a couple who won the trip from a TV game show.

It is January 2013, following the aftermath of Hurricane Sandy. The luxury resort is struggling, not from the storm, but due to a scathing review from caustic travel writer, Matthew Kane. The owners have invited him back with hopes he will pen a more favorable review to restore their reputation.

Even though she is haunted by her own demons, Kate feels compelled to help. She sets out to discover the motivation behind Kane’s vitriol. Used to getting what he wants, has the reviewer met his match in Kate? Or has she met hers?

Stranger at Sunset is a slow-burning mystery/thriller as seen through the eyes of different narrators, each with their own murky sense of justice. As Kate's own psychological past begins to unravel, a mysterious stranger at Sunset may be the only one who can save her.

Music playlist for Stranger at Sunset – sold via iTunes http://bit.ly/1kdQdDX