by Julie Turjoman
posted by Carola

'It was inspired by Carola Dunn’s lady detective character, Daisy Dalrymple, who never left home without her “emerald green cloche” in the first few books of the series.' 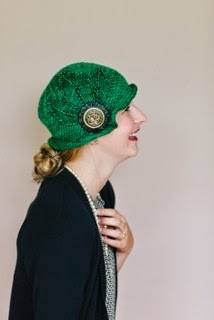 It’s a quirky theme, I admit. But the opportunity to combine my profession as a knitwear designer with my twin passions for Roaring Twenties fashion and period mystery novels was simply too tempting to resist.

A Head For Trouble: What To Knit While Catching Crooks, Chasing Clues, and Solving Murders is my latest knitting book. 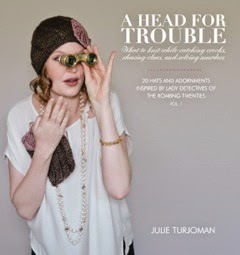 It draws on fictional 1920s lady detectives for inspiration, and the result is a collection of 20 hand knits that combine vintage glamor with a modern sensibility. And throughout its pages, murder and mayhem lend a dangerous edge to the traditionally gentle image of knitters with the quiet clicking of their needles and their skeins of soft and colorful yarn. Ten fashionable crime busters from popular period mystery novels swan through the book’s pages, wielding binoculars (the better to spot a villain from a distance), tipping back flasks of Prohibition-era gin, inspecting poison bottles, and of course, wearing the knitted designs with great panache. 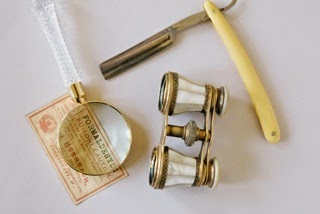 Let’s consider these lady detectives, and examine their place in the world of traditional mysteries. Agatha Christie’s deceptively sweet little old lady, Miss Jane Marple – a knitter herself - is among the early female detectives to achieve lasting fame in the genre. In several modern mystery series that look back to the 1920s and ‘30s for inspiration, their authors capitalize on both the skills that women bring to the art of detection, and the societal shifts and contradictions of the “between-the-wars” era that made it a viable career option. Detective work became possible for women only once they had achieved the independence brought about by WWI, when many served as volunteers, munitions factory workers, nurses and ambulance drivers. After the war, women lived independently in greater numbers than ever before, owned and drove their own cars, and continued to work in professions previously open only to men.

Like these fictional lady detectives, whose sleuthing skills are usually undermined or dismissed outright by their male counterparts in the local police force or Scotland Yard, the knitting needle itself has been given short shrift. Its potential as a murder weapon should not be underestimated. While its true that knitting needles are traditionally employed in the creation of baby blankets, tea cozies, and tweedy cardigans, few realize that sharp-tipped metal needles are in almost every knitter’s project bag, and that they’re positively lethal. And then there are circular needles: two sharp points joined by a length of strong plastic cable. Perfect for garroting one’s intended victim, wouldn’t you say? 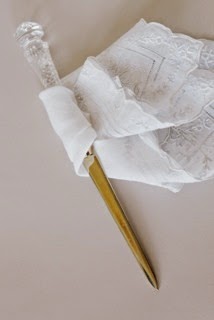 And let’s not diminish the role of yarn as an accessory to murder. A ball of yarn makes an ideal gag when stuffed into the victim’s mouth. An unwound skein, with its tremendous tensile strength, is just the right length to loop around a victim’s throat for quick, neat, and fail-proof strangulation. And yet whenever I travel by plane with several of these potential weapons in my carry-on bag, not once has a TSA agent either confiscated them or even pulled them out of my bag for inspection. As a knitter, I appreciate their trust – but if I had murder in mind, it would be another story! 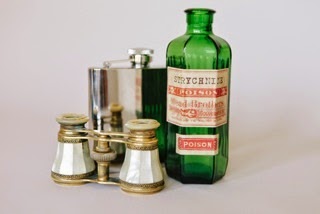 In fact, I’m hoping someone will write that story. Already I can imagine the opening scene; a demure-seeming woman sits quietly knitting under the warm glow of a lamp in her living room. Her needles click softly, yarn spooling out of the ball at her feet into the beginnings of a new sweater for her husband.

But wait; downstairs, her husband lies crumpled in his ‘man cave,’ light from the televised football game playing over his frozen, startled features. A small, circular wound in his chest glistens with blood, but that’s the only sign of what transpired. 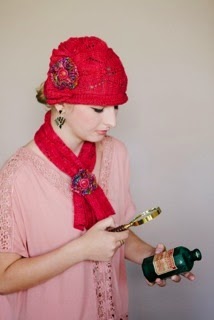 Who will take it from here?