John Maurice, Prince of Nassau-Siegen, and The Colony of New Holland 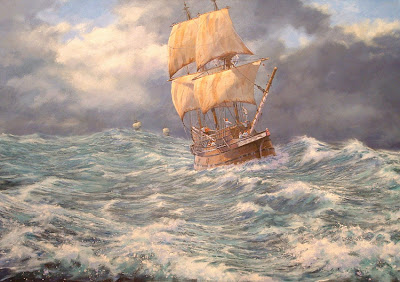 The early seventeenth century was a time when the powers in Europe were grasping for new territory.

Possessed of heavily-armed fleets, and large numbers of well-trained soldiers, the hardy Dutch, in those days, were every bit a match for England, Portugal and Spain, and they were out there grasping with the best of them.

They grasped at the East Indies, they grasped at South Africa, they grasped at North America (founding New Amsterdam, the city that became New York, in 1625) and in 1624, with a small contingent of troops, they took Salvador, the seat of the Portuguese viceroy in South America. 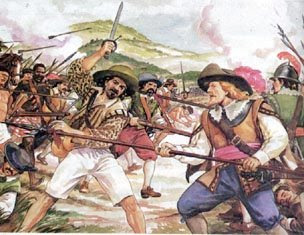 Unable to hold it, they were expelled in less than a year.

But, by then, the Dutch West India Company, the nation’s mercantile arm, had acquired a taste for Brazil’s riches, and it wasn’t long before they returned for more.

Over the course of the next decade, the WIC succeeded in occupying much of the rich sugar-growing region of Pernambuco. They named it New Holland and, in 1636, appointed John Maurice (Johan Maurits) the Prince of Nassau-Siegen to govern it. 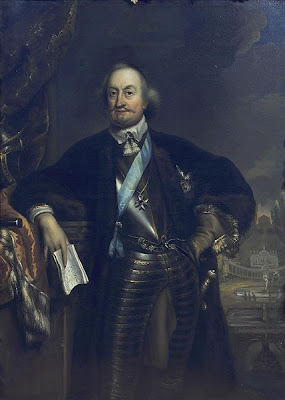 John Maurice was an amazing man, and he tackled his new responsibility like no other colonial governor before or since. Before sailing, he assembled a coterie of artists, scientists and artisans to take with him. Rather than plunder Brazil, he announced, his intention was to enrich it, study it, record it and improve it for the generations to follow. 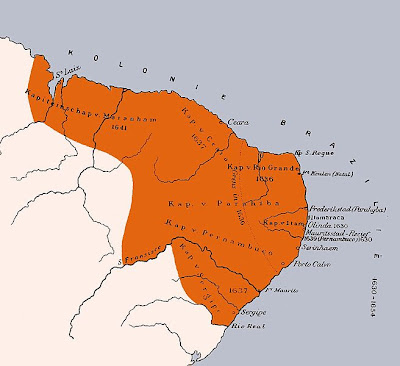 His colony extended all the way from below Sergipe, in the south, to above São Luis de Maranhão in the north -- almost half of what was then Brazil.

He'd been a successful soldier in Europe, but he was also a man who knew how to forge a successful peace. He convinced the rebellious Portuguese settlers they’d be better-off under Dutch rule, established representative councils to enlist their participation in administrating the colony and promulgated freedom of religion by allowing the local Jewish merchants to establish a synagogue, the first in all of the Americas. 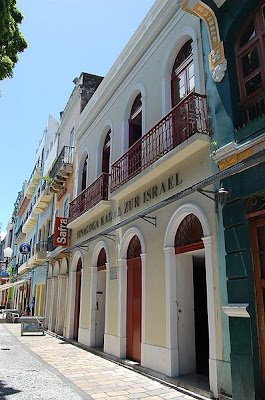 He built streets, roads and bridges. He developed a colony-wide transportation structure that enriched everyone by enabling the sugar-growers to bring their product to the coast. He created an astronomic observatory and a meteorological station, also the first institutions of their kind in all of the Americas.

It wasn’t long before new Portuguese settlers were choosing Dutch-occupied, rather than Portuguese-occupied territory in which to establish themselves.

He ordered the great architect Pieter Post, of Haarlemhttp://en.wikipedia.org/wiki/Pieter_Post to transform the small port where he’d landed into a splendid capital adorned with fine public buildings and gardens.

Before and after Prince Maurice the place was named Recife (it means “reef” in Portuguese and there is one – a big one – just offshore) but during the time he lived there people called it Mauritsstad (Maurice’s Town). 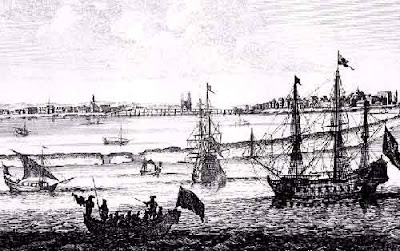 But it was not to last.

Back in Holland, the directors of the West India Company were more interested in short-term returns than  a happy and successful colony. They were horrified at the investments John Maurice was making and wrote to tell him to cease them forthwith - and to pay out the savings in dividends.

He threatened to resign. And they let him. He sailed back to Europe, and they replaced him with a more
malleable man. Without John Maurice, and with the new measures introduced by his successor, the Dutch lost the support of the populace. A revolt was organized. And by 1654 it was all over. The Dutch West India Company withdrew from the continent, putting an end to John Maurice’s brilliant experiment in good government.

There is very little left of the city of John Maurice’s time, but quite a few paintings from the artists he brought along have survived.

Here are three from Frans Post, the younger brother of the aforementioned architect: 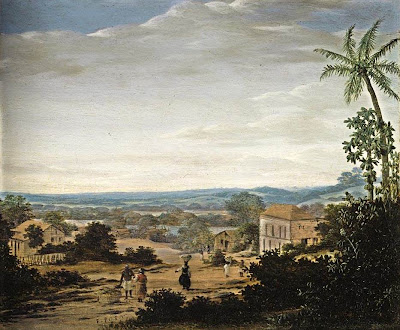 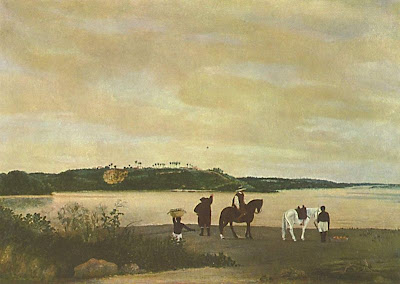 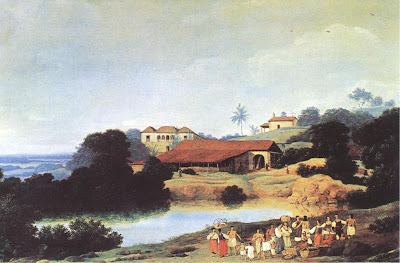 Post, as you will have noted, was charged with documenting the land, while his colleague, Albert Eckhout, bore the responsibility for recording the fauna and the people: 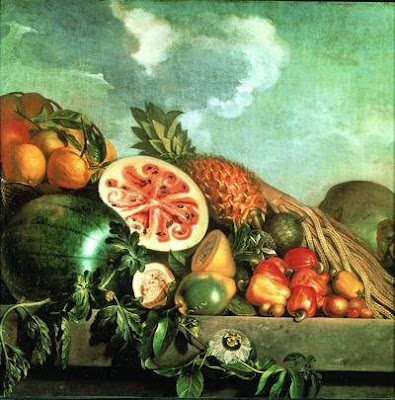 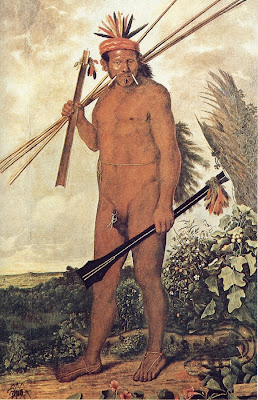 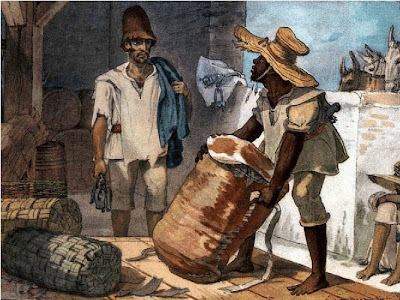 Some of Post’s work remains in Brazil, some in John Maurice's house in the Hague (now a museum) and some at the Metropolitan Museum of Art in New York.

The best and largest collection of Eckhout can be seen, strangely enough, in the National Museum of Denmark in Copenhagen.

But that’s another story.

As always, an excellent historical article and art. Thanks for sharing this!

Some pretty designs alright. Doing the painting yourselves is more fun but a good place for ideas for more design is this site of wahooart.com, that I use to help with my wall decorations.
You can browse for a painting like this The tree, by 20th century Czech artist, Frantisek Kupka, for example, http://EN.WahooArt.com/A55A04/w.nsf/OPRA/BRUE-8LHUQV , that can be ordered on line and delivered to you.