Excavating my desk has turned out to be an interesting endeavour. I've found stuff going back to 2004. Somehow I've never managed to clear up all the notes etc. from one book before the notes etc. for the next started to pile up.

One thing I found was a handwritten essay on my rocky relationship with History. I have no idea whom it was written for--certainly not for myself. But I thought others might find it interesting, so here it is.

First, a confession: I failed History at school. We started with Caesar's invasion of Britain in 43 BC (or was it 55 BC?). I then went down with flu, the pandemic of 1957, followed by 3 weeks in isolation with mumps. The result is that I still don't know the purpose and function of Hadrian's Wall. Back in class, we proceeded from date to date, from monarch to monarch, battle to battle, until Waterloo, 1815, when I dropped History.

I dropped it with a thump, having written an exam paper in the style of 1066 And All That.


Why, then, choose to write historical novels? I grew up in England, but left at 22 (to go around the world). So, in spite of frequent visits, I'm out of touch with present-day life in Britain. Yet even after bringing up a son in the US, I don't have a visceral grasp of growing up in America. Any of my friends would agree that I'm still English in many ways, including sounding to Americans as if I stepped off the boat yesterday. And in England people say I sound American.

So if I wrote contemporary fiction, set in either Britain or America, it would be as an outsider. When I write about history, my readers are as much outsiders as I am.

I started out writing Regencies . I always loved Jane Austen, whose books were published during the Regency (1811-1820) and I'd been rereading Georgette Heyer's Regencies for years--to the point where I knew what was coming on the next page. I decided if I wanted any more, I'd have to write my own. I was already familiar with the period, so the necessary research didn't seem too daunting.

I was lucky enough to sell my first book, Toblethorpe Manor, 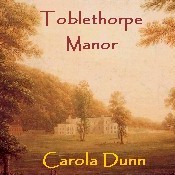 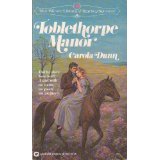 and went on to write 32 Regency novels (also a dozen or so novellas). I might still be writing them but that both the publishers I was writing for decided, within 6 months of each other, to stop publishing Regencies.

Time to move on.

I'd read hundreds--if not thousands--of mysteries, with a preference for cosies, though I didn't then know the term. I fancied a change of period. Daisy Dalrymple was born.

Why the 1920s? I'd been writing books set in the Regency (early 1800s) for 15 years before I started writing mysteries. I wanted a change of period and I saw certain parallels between the Regency and the 1920s that intrigued me. Both were periods of great changes, especially for women.

For a start consider clothes. 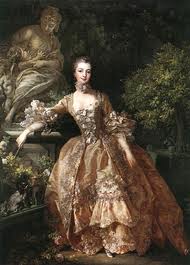 Around 1800, the enormous hoops and tight lacing of the 18th century gave way to the Empire gown. The clothes allowed women to move more freely--There's a charming painting from the Regency   of a lady and her maid catching flies...


Of course, Victorian fashion regressed to crinolines and bustles and tight lacing. Worse followed, the Edwardian "Grecian Bend," corsetted to make the bosom stick out in one direction and the bottom in the other. Then came World War I, truly a liberating event for women however catastrophic otherwise. Because of the shortage of men during and after the war (about 1 million British soldiers killed), women were able and needed to work at jobs they'd never aspired to before. Land Girls even wore trousers!


Another revolution was in transportation....

To be continued May 15

Loved reading about your evolution and look forward to the next episode!

Love Daisy and I'm so glad you decided on the 20s. I'd love to hear more about your research process ;-)

I'm usually too busy researching to write about the process, but I have plenty of stories about research I might dig out sometime.