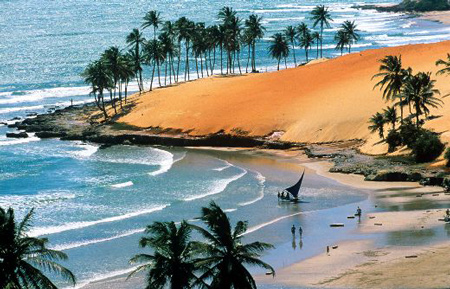 In northeastern Brazil, in the State of Rio Grande do Norte, the dunes overlooking the sea are permeated with salts and minerals. 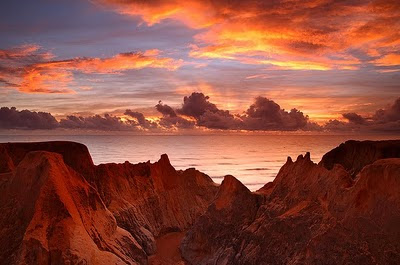 And the same is true here, in the sandstone cliffs of the Morro Branco, in the State of Ceará.

In both places, the presence of such salts tints the sand into an astonishing variety of very distinct colors. 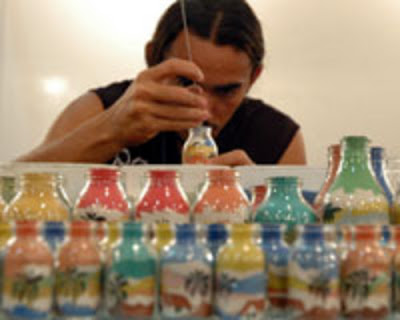 And the availability of that colorful sand has given rise to a uniquely Brazilian art form. 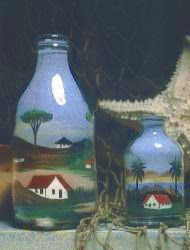 It would be wrong to call it bottle painting, because what you see here hasn’t been painted, or even sketched in advance. 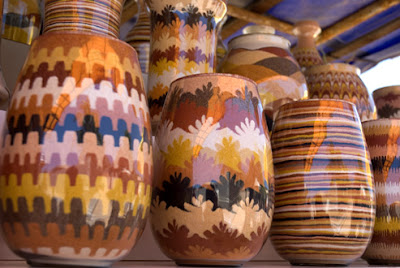 It’s formed by adding layer after layer of sand, and by the shaping of each layer with a wand inserted into the mouth of the bottle. 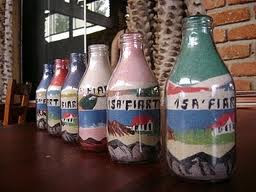 The artists pass on their techniques from generation to generation.

And, with few exceptions, the designs follow traditional patterns. 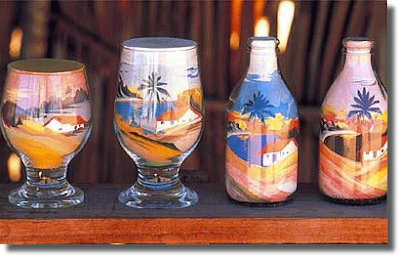 But no. It’s one of the poorer regions of the country and labor, even skilled artisanal labor, is cheap.

The smaller examples of this work can be had for as little as two American dollars.

Wish I could travel over there...

Fabulous stuff, Leighton. Such skill and a level of patience I'd never be able to achieve. Thanks for this. It's beautiful. Such a shame that they don't get rewards equal to the quality they produce.

Thank you, Leighton. I've seen these before and have always been amazed at how beautiful and intricate they are. I always wondered how they did it. And how they could be transported without ruining them. One good shake...

Beautiful work. I'd love to buy some.

Beautiful work. I'd love to buy some.

Thanks Bill, June, Christiane. I'm happy the post brought you a minute or two of pleasure.
Jaden, they travel well because they're tightly-stoppered, and the sand is packed down hard. But they are, of course, fragile. Years and years ago, I gave one to a little Swedish girl. I'll never forget the look on her face when she dropped it, and it broke. Through her tears, I was able to get her to touch the sand, see how "real" it was. And then I produced another one from my bag. They're so darned cheap that, except for the weight, Brazilians can bring a lot of them as gifts when they travel.