The Lost Cities Of The Amazon 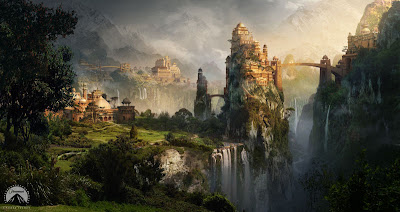 Remember the tales of El Dorado, the Lost City of Gold, the South American Shangri-La?

If only we could trace the legend back, and find out who started it.
That individual, whoever he was (I’m assuming it was a he) has a lot to answer for. 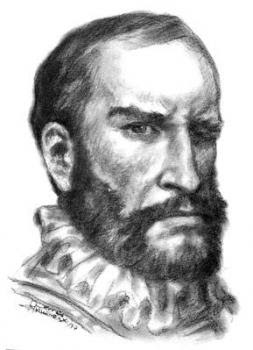 Five hundred years ago,  Francisco de Orellana, the Spanish explorer, travelled the length of the Amazon River searching for it.
He didn’t find it.
But he did survive.
And, in that, he was lucky.
Because many hundreds, perhaps thousands, – didn’t.

The legend arose in the sixteenth century and persisted, in one form or another, right down to the third decade of the twentieth. 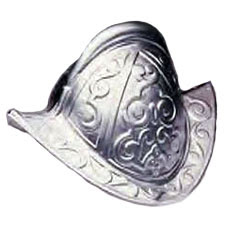 The conquistadors of the mid-1500’s exchanged tales of causeways and grand roads, of great cities, of thousands upon thousands of Indians, and of heaps and heaps of gold. 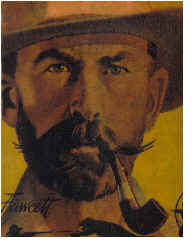 And I have, in my other blog, written about Percy Fawcett and his mysterious disappearance:

That was in 1925.
Fawcett’s El Dorado was a place he called The Lost City of Z.
He lost his life trying to prove it existed. 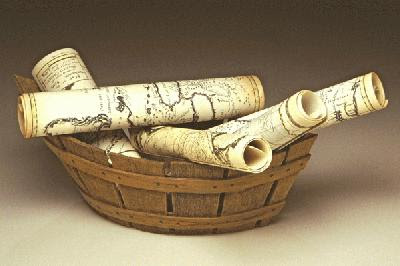 Back in those days, mankind was still engaged with one of the most monumental tasks in history, mapping the world.

And vast swaths of it remained unexplored, forming a fertile environment in which rumor and legend could grow.

But, as time went by, and the men (and women) who followed Fawcett found nothing but sweltering jungle, poisonous snakes, primitive tribesmen and disease-carrying bugs, the idea of a great civilization hidden in the heart of the Amazon began to fall into disrepute. 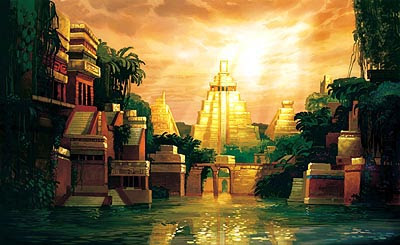 Scientists declared that the region could never have supported an advanced civilization.  They began to look upon the Amazon Rainforest as nothing more than a wasteland, a sort of verdant Sahara. The existence of El Dorado came to be regarded as just about as likely as the existence of Atlantis.

Turns out, there was.

Okay, okay, it may be a bit fanciful to equate the recent discoveries in Kuhikugu with El Dorado.

But one thing is for certain: they’ve shot the hell out of a lot of theories.

Michael Heckenberger is a professor of historical anthropology at the University of Florida. 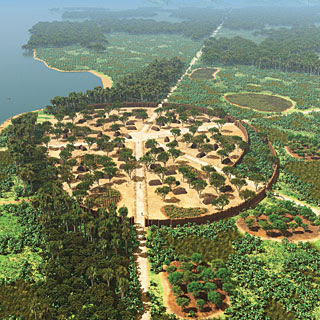 In recent years he’s been excavating there.

And has hypothesized that Kuhikugu might possibly have given rise to the legend.

But, in reality, there wasn’t one settlement in the heart of the Amazon; there were more than twenty.

The settlements were built around large, circular plazas and surrounded by enormous ditches.
They were linked by a number of roads, and those roads were constructed in a carefully-organized, gridlike pattern.

According to carbon dating, the civilization flourished from about 200 AD up until around 1600 when diseases brought into the new world by Europeans, virtually wiped them out.

They lived, according to Heckenberger, in an area more akin to a large park than an untouched rainforest.
They built in wood, rather than stone.
They bridged a number of great rivers.
They built moats in wetland areas.
And they cultivated vast tracts of land.

Okay, we’re not talking about the Roman Empire here, or even the Mayan.

But, considering the way most of the world lived back then, it’s still  pretty impressive.

And, until the modern age, the achievements of the people who once lived in Kuhikugu have remained unsurpassed in the region.

Fascinating. I'd like to know more about this discovery. Any chance we'll be seeing this in your books?

Thanks, Jaden.
I'm glad you enjoyed reading about them, but I don't think there's a police procedural to be found there -- just an enduring human mystery.

Those are the best kind, Leighton.