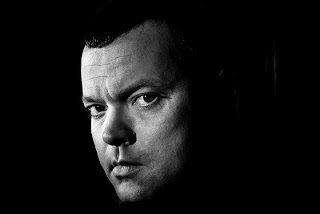 Remember Orson Welles?
Remember his 1939 classic, Citizen Kane, a film that often heads the list of the 10 best ever made?
Brazilians do too.
But they also remember him for a film he shot in their country and never finished, for contributing to the death of one of their national heroes, and for trashing the Copacabana Palace Hotel.
The film he never finished is It’s All True. He visualized it as a series of three vignettes about .
One of the three, entitled Four Men on a Raft, had been inspired by an article Welles read in the December 8, 1941, issue of Time Magazine. 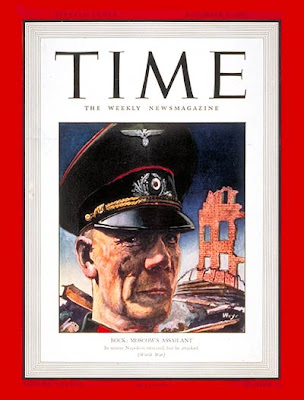 It told the story of four fishermen who set out from  , the capital of the northern state of Ceará, to file a grievance with the President of Brazil.  The distance by sea was 1,650 miles. Their craft was a jangada they’d named after Saint , the fisherman. 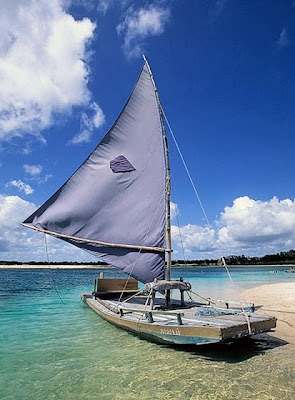 Jangadas, still widely used today, are little more than rafts with sails, tiny vessels with virtually no freeboard. They are made for the calm seas of Brazil’s northeast and are totally unsuitable for the rougher waters further south.
After 61 days at sea, navigating without instruments, without a motor, without even running lights, the San Pedro’s captain, Manoel Olímpio Meira, nicknamed Jacaré (alligator) brought them safely to Rio deiro. 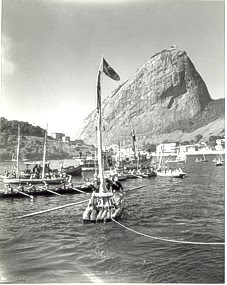 By the time he sailed into the harbor, he was already a national hero.
Gitúlio Vargas, the president (and virtual dictator) of , was so impressed that he granted the fishermen’s petitions. They and their colleagues were awarded the same benefits enjoyed by unionized industrial workers – retirement funds, pensions for widows and children, housing, education and medical care.Welles decided to re-enact their epic voyage and make it the centerpiece of It’s All True.
He hired the four fishermen to play themselves and leased theirjangada. Then, on a blustery day in the (southern hemisphere) fall of 1942, he bade them set sail for the open sea. The conditions that day suited his purposes admirably. He wanted to show how difficult the voyage would have been, how the decks of a jangada would run awash in heavy weather. 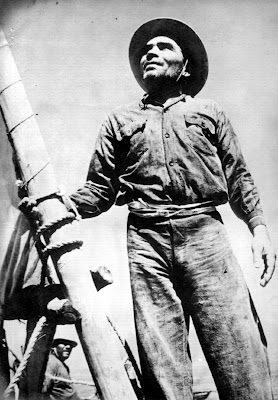 Jacaré demurred, told him it was too dangerous. Welles offered him more money. Again, Jacaré refused. So Welles offered him still more. The man was a poor fisherman. The amount he could earn would have fed his family for a year. He decided to take the risk.They’d hardly cleared the embracing arms of the harbor when they were struck by a towering wave. Jacaré was swept overboard and disappeared in the heavy seas. His decomposing head was later found in a huge shark caught a few miles down the coast off the Barra da Tijuca.
The Brazilian newspapers made much of the disaster. Welles was blamed. The studio management didn’t like the bad publicity, and they particularly disliked the fact that Welles was spending too much of their money. The project was re-evaluated.Welles was ordered to complete Four Men on a Raftwith a minimal budget, and a minimum crew, and return to.
He threw a hissy fit. 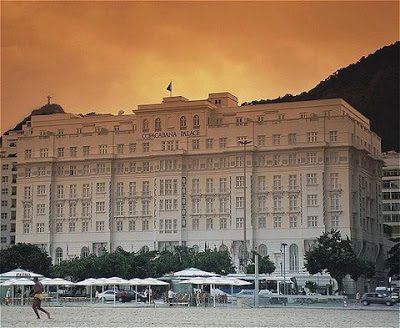 What furniture he didn’t cast out of his windows at the Copacabana Palace, he smashed.
More bad publicity.
RKO cancelled his contract. The project was abandoned. As for Welles, his career, from then on, was all downhill.
He tried to get other studios to back him, but by then word of the enfant terrible’s comportment had gotten around. He wasn’t “serious”. He was unstable. He was (worst of all) a risk. And no one wanted to gamble.
He then decided he’d finish the film on his own, and eventually, he managed to purchase some of the footage he’d shot. But the project ended in failure when he was forced to give up ownership because he could no longer pay storage costs for the negative.
A few years went by. RKO, having need of space in their vaults, dumped the vast majority of Welles’ footage into the .
Fortunately, not all. In 1985, 43 years after shooting ended, some 300 cans turned up in a corner of the old RKO vault. They became the seminal material for a documentary released by Canal Plus in 1993.
Canal Plus is a French pay television channel. The French love Orson Welles. They were also behind a lovely film that he starred in back in 1968, the only one he ever directed in color. 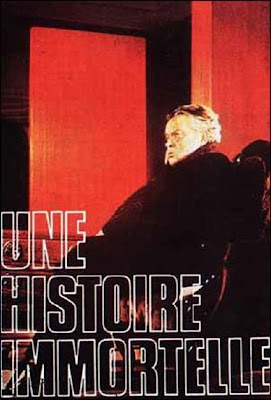 It’s called Une Histoire Immortelle, and it’s a magnificent piece of work.If you ever get a chance, see both the documentary and Immortal Story.
You'll be glad you did.
Posted by Leighton Gage at 12:01 AM

What a fascinating story! I love learning new stuff, and this is not only new, it is also tragic and full of the weird twists and turns of life.

But now I'm left wondering... what about the fellow's (the guy who died) widow and family? How did they get on?

Thanks for another intriguing slice of Brazilian history as well as the story about Orson Wells. I also wonder what happened to the poor fisherman's family.

I'm sorry to say that, although the long and dangerous journey resulted in benefits for all of the Northeast's fishermen, the families of the lost got no benefits whatsoever from the government.

And the survivors sank even deeper into poverty.